Throughout another uncertain and turbulent year, Keele’s research and academic expertise continued to make headlines throughout the world in 2021. Whether through sharing their expert comment and analysis of current events, discussing their own research findings, or simply celebrating the exciting news of our staff and students, Keele reached one billion people worldwide through media engagement this year. We’ve taken a look back at just some of the highlights of Keele in the News in 2021.

We entered the new year with Covid-19 still dominating headlines around the world.

Vice-Chancellor Professor Trevor McMillan was interviewed by BBC Midlands Today about the impact of Covid-19 lockdowns on universities, and how Keele reconfigured activities to support our students’ learning.

Dr Mark Eccleston-Turner discussed with The Telegraph that the Oxford AstraZeneca Covid-19 vaccine - which is manufactured at Keele - has been administered to the first patient by the NHS. This was also covered in media outlets such as Sky News, the Guardian and The Times.

Professor Clifford Stott was interviewed on BBC News discussing Covid-19 restrictions and Dr Naomi Forrester-Soto featured on BBC News and BBC Radio 4’s programme on the latest around the virus. Dr Jon Parker spoke on BBC Radio 5 Live about the storming of the US Capitol building by protesters.

Other news highlights in January included the five individuals from the Keele community being commended in the New Year’s Honours list, research around mental health support during the first lockdown, and a Keele-led engineering initiative which is leading research to tackle Covid challenges. 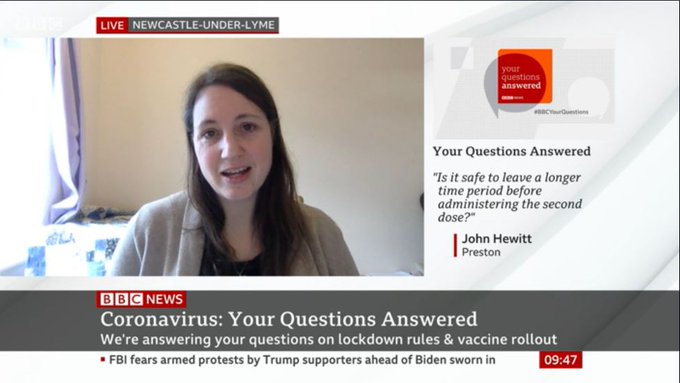 In February, Dr Jon Parker was interviewed on BBC News about Donald Trump’s acquittal in his impeachment trial.

Dr Jacco van Loon published a Conversation article for their Curious Kids series about alien life, which also featured in the International Business Times of India.

Research co-authored by Professor Chris Fogwill about the Earth’s magnetic field and its impact on climate change led to him being interviewed by The Times.

We also celebrated the Keele students who volunteered over 11,000 hours to help the local community during the pandemic.

Research by Professor Mamas Mamas and members of the cardiology group into an underused heart attack treatment for patients with cancer featured on several specialist medical and science news websites including Scienmag and Medical Xpress, as well as Nouvelles du Monde in France. 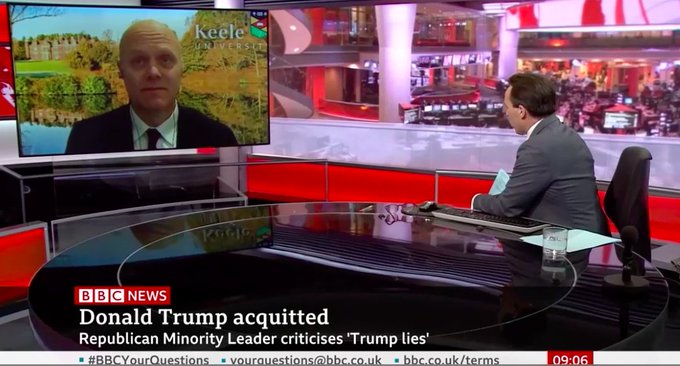 Dr Naomi Forrester-Soto continued to provide expert commentary on Covid-19, leading to her being featured on ITV News as one of the inspiring women leading the Covid fight in the Midlands in honour of International Women’s Day.

Dr Richard Stephens spoke to CrowdScience on BBC World Service about his pioneering research into how swearing can be a painkiller, and Professor Clifford Stott was interviewed by National Geographic about the psychology of crowds in relation to UK lockdown protests.

Dr Alex Nobajas was on BBC Radio 4 discussing the bottled water industry following a Conversation article he had written about the industry, and Dr Jane Krishnadas spoke to BBC Breakfast about how the criminal justice system should be changed to provide better protection for women against violence. 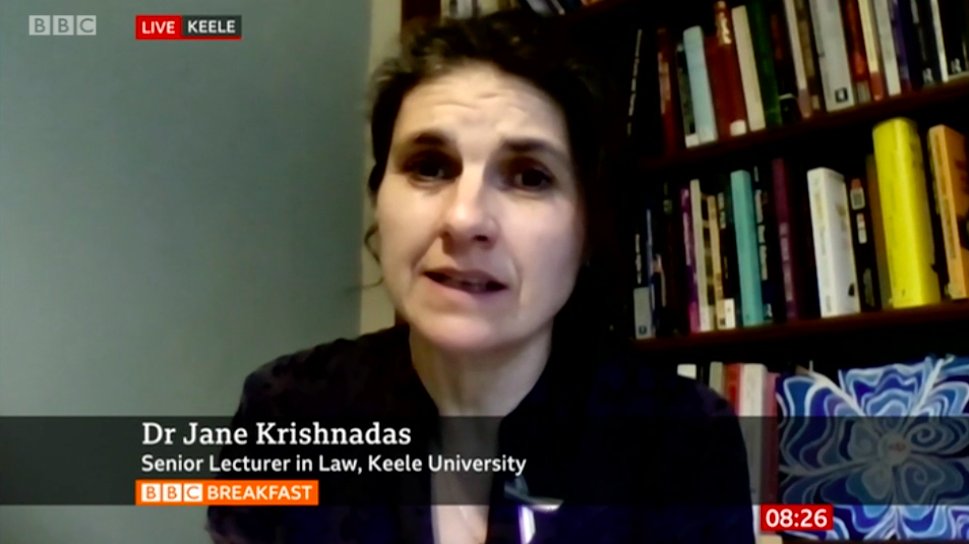 News highlights from March included Keele being named Sustainability Institution of the Year at the Green Gown Awards, the successful completion of the pioneering HyDeploy trial at Keele, and the announcement of Keele’s Climate Action Framework Principles.

Keele academics shared their expertise with a range of national and international outlets in April including Dr Mark Eccleston-Turner’s interview on Sky News about vaccine supply issues, Dr Sharon George speaking to BBC Radio 4 about the environmental impact of outdoor heating, and Professor Anthony Wrigley featuring in an Independent article about the ethical implications of creating “chimeras” with human cells. Professor Carolyn Chew-Graham was interviewed on BBC 5 Live about Long-Covid. 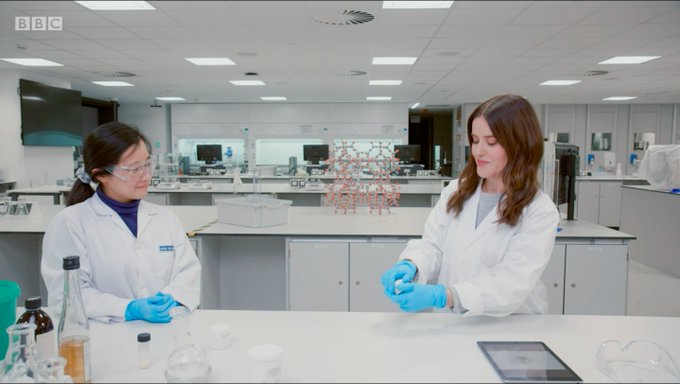 News highlights from April included Keele being ranked in the Global Top 100 for impact, and an article was written on the Keele researchers who are playing a vital role in the UK Government’s North Sea Energy Transition Deal.

In May we welcomed the Minister for Climate Change to campus, gaining news coverage across the region. Dr Sharon George shared her expertise with BBC Future about new ways of recycling plastics, and Keele’s School of Medicine was ranked No.1 in the UK for embedding sustainability in medical training.

Research by Professor Tomoya Obokata and Dr Forough Ramezankhah into the impact of Covid-19 on modern slavery featured in an article by the Telegraph.

The team secured coverage on LBC for both Professor Ghulam Sorwar, discussing a report on the economy facing a skills shortage, and Professor Carolyn Chew-Graham, who discussed her research in relation to the news that record numbers of NHS staff are at risk of leaving the profession due to burnout.

Professor Dawn Scott and PhD student Kate Davies appeared on the BBC’s Springwatch talking about their research into how rehabilitated hedgehogs behave in the wild, and Dr Rob Jackson published a Conversation article on the geometrically baffling ‘quasicrystals’ which were found in the debris of the first-ever nuclear blast.

Other news highlights from June included Forensic Science at Keele being ranked number one in England, the Keele alumna who achieved the joint highest score in the world in a professional qualification exam, and Dr Daniel Allen’s crucial role in the development of a national charity’s pet theft awareness campaign.

July 2021 saw Keele clinch the title of “Global Sustainability Institution of the Year” at the 2021 International Green Gown Awards, an achievement which was celebrated across the sector and the region.

Elsewhere The Times and the Independent reported on new research by Dr Alex Scott looking at the link between mental health and good sleep, while Dr Sharon George spoke to BBC World Service and Radio 4‘s World at One about the environmental impact of streaming music.

Dr Laura Higson-Bliss also spoke to Times Radio about footballers being abused on social media at the Euros, and Dr Naomi Forrester-Soto featured on BBC News discussing crowds being allowed back at sporting events. 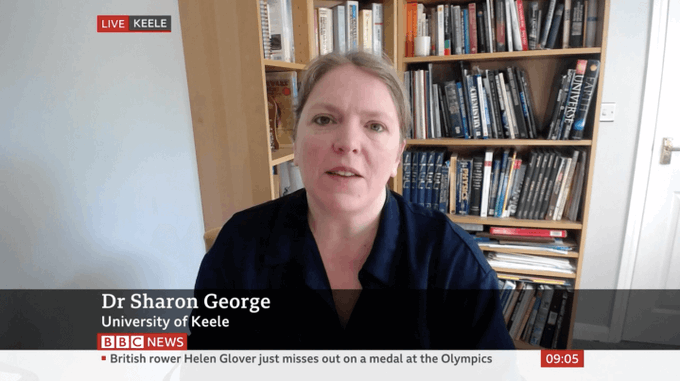 Sky News came to campus on A-Level results day to speak with Robbie Pickles, our Director of Global Student Recruitment and Admissions, about our Clearing campaign. New research co-led by Dr Alan Richardson which looked at repurposing a common drug to fight Covid-19 was widely covered around the world, with coverage secured in the Daily Mail, Daily Mirror, the Daily Express and the ‘i’. Internationally it was covered by Fox News, the Indian Express, and the Indian website Economic Times.

Research led by Keele PhD student Clara Pennock and co-authored by Dr Jacco van Loon also made headlines this month, after detecting never-before-seen radio waves from nearby stars and distant galaxies. This study was covered in the Daily Mail, IFLScience and Science Alert.

Keele expertise was also in high demand around the world this month. Dr Forough Ramezankah spoke to LBC about the plight of refugees fleeing Afghanistan; a Conversation article by Dr Maddy Thompson was republished by the World Economic Forum; and Dr Naomi Forrester-Soto spoke to Times Radio about attitudes towards Covid-19 vaccinations. 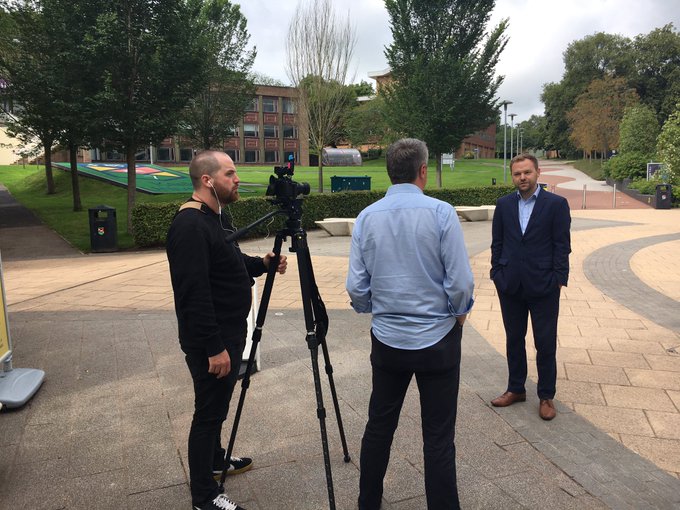 Professor Deirdre McKay reached a huge international audience in September in an interview with China Daily, secured by the team, where she spoke about the impact of climate change on extreme weather events. Dr Naveed Sheikh also spoke to BBC Radio 5 Live about the situation in Afghanistan as the Taliban advanced through the country, and Dr Sara Vestergren spoke to the Guardian about the Extinction Rebellion group and their tactics.

Further afield Dr Mark Eccleston-Turner spoke to TIME Magazine about the Covax scheme, and Dr Cath Holmstrom discussed the tax rise to pay for social care in an interview on BBC News.

Keele research continued to gain interest all over the country, from the local level to national. A study co-authored by Dr Johannes Reynisson looking at triple-negative breast cancer was covered locally in the Stoke Sentinel, while research led by MSc student Imogen Smith, co-authored by Dr Antonia Law, was featured in the Daily Mail. 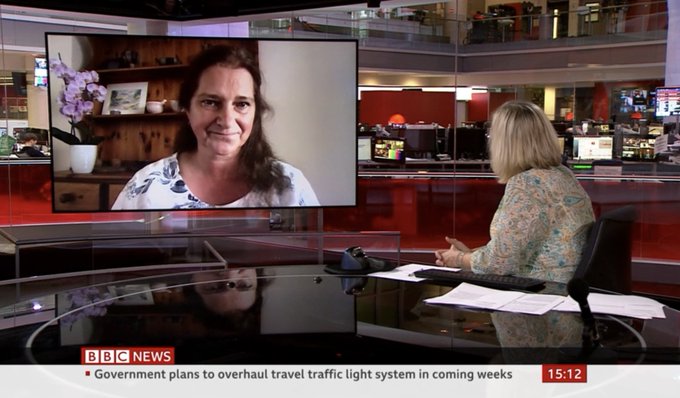 As fuel and supply shortages hit the UK, Professor Samir Dani spoke to a number of national and international news outlets to share his expertise on supply chain management, with interviews on LBC and BBC 5 Live, and with China Daily. Panic buying also hit the headlines, with Professor Clifford Stott speaking about the issue on The Guardian podcast, while closer to home Dr Chris Stiff spoke to Staffordshire Live about the psychology behind the phenomenon.

The team also published a press release about the opening of our brand new Harper and Keele Veterinary School building on campus, and secured strategic coverage in Vet Times about the development.

Meanwhile Keele PhD student Elliott Lancaster was one of just 10 people worldwide shortlisted for a prestigious global student prize. As well as giving an interview to the Press Association, resulting in over 200 articles being published in local and national newspapers, Elliott also appeared on BBC Breakfast talking about his nomination. 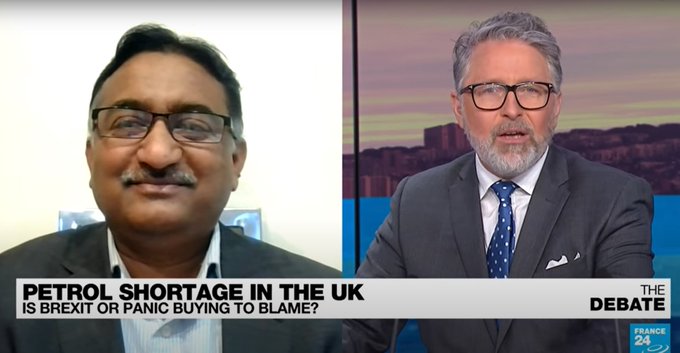 November saw COP26 dominating the news cycle, and Keele’s own COP26 Festival played a major part in our news output and communications throughout the month. As well as securing a live broadcast from our Staffordshire Leaders’ Summit event with BBC Radio Stoke, including interviews with Professor Zoe Robinson and Dr Sharon George, we also secured local coverage on BBC Radio Stoke and in the Stoke Sentinel for other events taking place throughout the festival. We also secured a visit from BBC Midlands Today to learn more about the touring art installation Gaia which was installed on campus, as well as our work on sustainability more generally, interviewing Professor Mark Ormerod.

In other news, as civil war continued in Ethiopia, Dr Awol Allo wrote an op-ed for the New York Times about the ongoing conflict, and was also quoted by the Boston Globe, Associated Press and CNN, with over 500 outlets around the world republishing his comments including the Daily Mail, Los Angeles Times, and CBS News.

Meanwhile Dr Naomi Forrester-Soto continued to share her expertise with the nation as the Covid-19 pandemic continued to evolve, giving an interview to BBC 5 Live which was repeated across the BBC’s entire regional radio network, as well as in the top story on Radio 2 and Radio 4’s news bulletins.

Rounding out the year, Professor Coel Hellier published a Conversation article about new research he co-authored, which reported the discovery of a new exoplanet. The article was republished by IFLScience and the Indian news website The Week, while the research itself was also featured separately on CNN, the Daily Mail and the New York Times.

Dr Naomi Forrester-Soto also continued her media engagement in December, and spoke to BBC News about the new Omicron variant of Covid-19. She was also praised by BBC presenter Nicky Campbell as a “well-known and well-loved figure on BBC Radio 5 Live over the past two years”.

Finally, research co-led by Dr Monte Gates and co-authored by Dr Heidi Fuller, looking at the anatomical “practicalities” of a brutal and infamous Viking ritual, was covered in the Smithsonian Magazine and the Icelandic daily newspaper Frettabladid, while the team also secured coverage of the study in IFLScience, and the researchers wrote about the study for The Conversation.

Thank you to all of our academic colleagues from every Faculty and School across the University for all of your hard work this year!