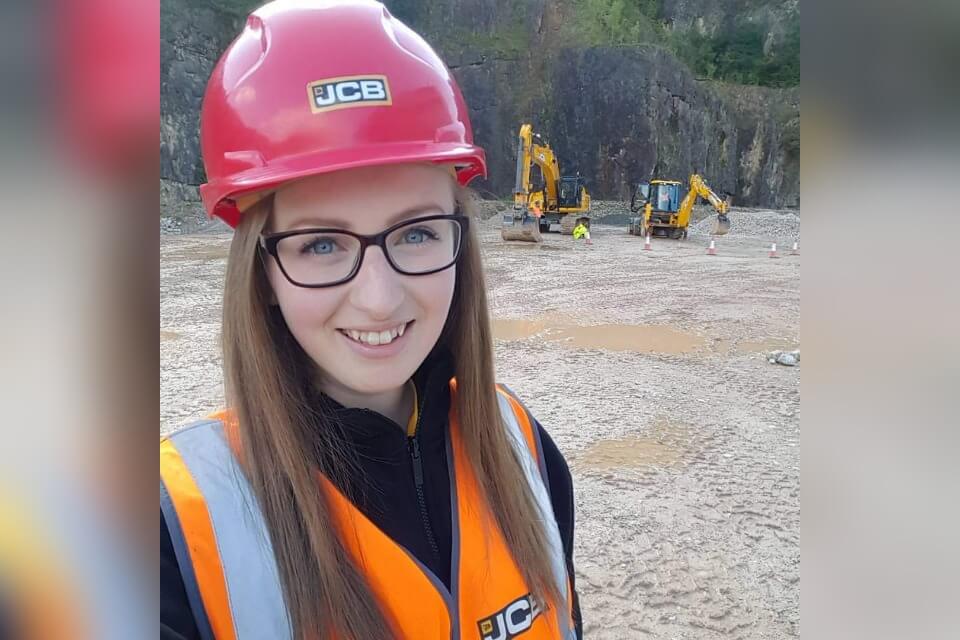 An alumna of Keele Business School is going from strength to strength in her career after achieving the joint highest score in the world in a professional qualification exam.

Leigh-Anne Hawkins, who graduated in 2017 with First Class Honours in Accounting and Finance, has been studying towards her Chartered Institute of Management Accountants (CIMA) qualification over the past two-and-a-half years, all alongside her role as a Management Accountant at JCB in Staffordshire.

The qualification requires a successful performance on 16 exams in total, which Leigh-Anne has now successfully completed, earning her status as a CIMA Chartered Accountant. But as well as her new professional title Leigh-Anne is also celebrating an exemplary performance on her final exam, having scored joint 1st place in the world on the final test.

Leigh-Anne said: “I received an email to inform me that I have achieved joint first in the world for my final exam, which is a case study-based exam. I was incredibly shocked and amazed and I’m still not sure it’s sunk in! I am incredibly proud that I managed to achieve this, and it will be invaluable on my CV as evidence of my achievements.”

After graduating from Keele in 2017, Leigh-Anne secured a two year finance graduate role at JCB, which involved four six-month placements in varying finance departments around the business units within the company. Upon completion of the graduate scheme, she secured a role as a Cost and Inventory Accountant within JCB’s Loadall Division, and was in this role for a further 20 months, before moving to her current role.

She added: “Keele prepared me well for these exams, as I had guidance from the lecturers as to which qualification I would like to go for and what would work best for me. All of the lecturers were very helpful in giving me an insight into the industry and knowing what to expect when it came to my career after university.

“The course I completed at Keele gave me five exemptions from the 16 exams, which meant I didn’t have to complete those exams as the work in them was covered by the degree. Additionally, the work I completed at Keele also fed into a lot of the other exams on the CIMA course, which gave me a head start when learning all of the content. It was great to see the work that I had completed at University fed into this qualification as it showed it would be important in my career.”

Tracy Clewlow, Senior Teaching Fellow in Accounting at Keele University added: “We are very proud of Leigh-Anne's achievements, she studied effectively whilst with us at Keele University, secured a graduate position and continued to use and develop her knowledge and skills to qualify as a CIMA Accountant. At Keele Business School we endeavour to provide our students with a focused and well-rounded programme of study that will open doors and support them well into the future. We are always delighted to hear our students’ success stories.”