We’re Keele and we’re different. Founded almost 75 years ago to meet the demands of a new kind of society, economy and world, our principles resonate now more than ever.

We are a campus university with over 12,500 students, nestled in 600 acres of Staffordshire countryside and just an hour from Manchester and Birmingham. It’s a big campus but a small and cosmopolitan community, with space to think and plenty to do.

Keele University was born from a pioneering vision, one of a different kind of university. Established in 1949 by Lord Lindsay - the former Vice-Chancellor of Oxford University - in a country still recovering from the Second World War, the University’s founding aim was to produce graduates who not only had the technical and specialist knowledge to move society forward, but who understood the social and political landscape that drove this need.

Fast-forward almost 75 years and this original ethos remains at the core of the University’s mission, and our global network of over 100,000 alumni in 120 countries is creating positive impact across the world in a range of diverse careers. 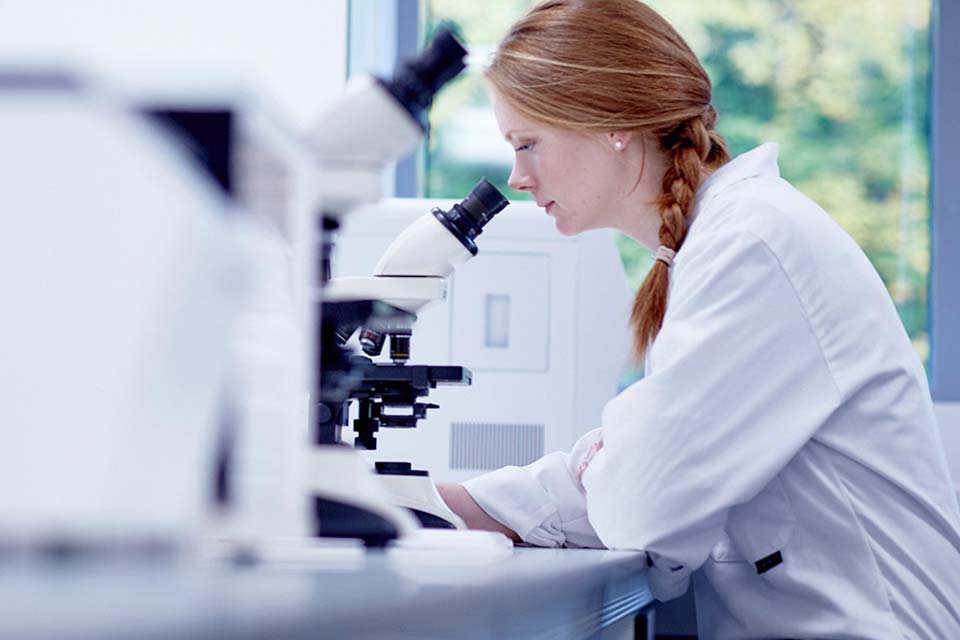 Our research seeks to improve lives and address the most pressing challenges across our region, country, and world.

It’s no wonder that 80% of our research is deemed world-leading or internationally excellent in the Research Excellence Framework (2021). 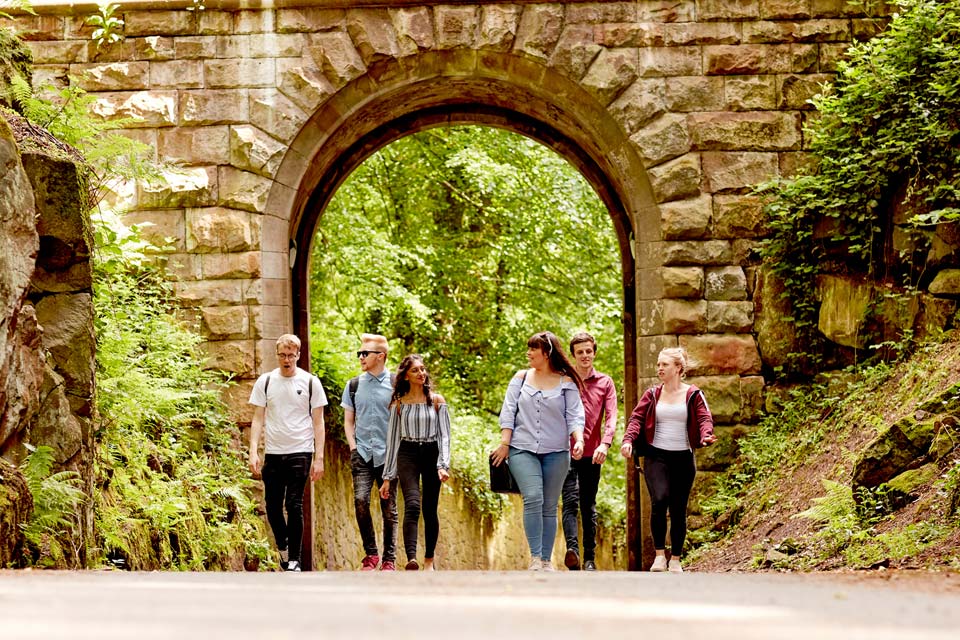 Keele sets the gold standard for teaching, with some of the most satisfied students in the country – in 2022, students ranked us “Britain’s best university” in the Student Crowd University Awards.

Our teaching excellence is renowned: underpinned by a high quality curriculum, delivered by inspiring academics, and surrounded by research that has a global impact.

As well as enabling our students to develop their academic expertise, we believe in educating the whole person, building skills for life, as well as for work. With that in mind we deliver a broad-based education in a dynamic environment, where debate, discussion and learning happens within the classroom and beyond. Our approach is interdisciplinary and multidisciplinary, which means that perspectives are shared across subjects, showing the world in different ways.

Founded in 1949, Keele was the first new university of the 20th Century and remains true to its original mission today.

We are ideally situated right by Newcastle-under-Lyme, and minutes away from the city of Stoke-on-Trent.

How to find us, including parking maps. Our postcode is ST5 5BG.

The Vice-Chancellor is the principal Academic and Administrative Officer of the University and ex officio Chair of the Senate. 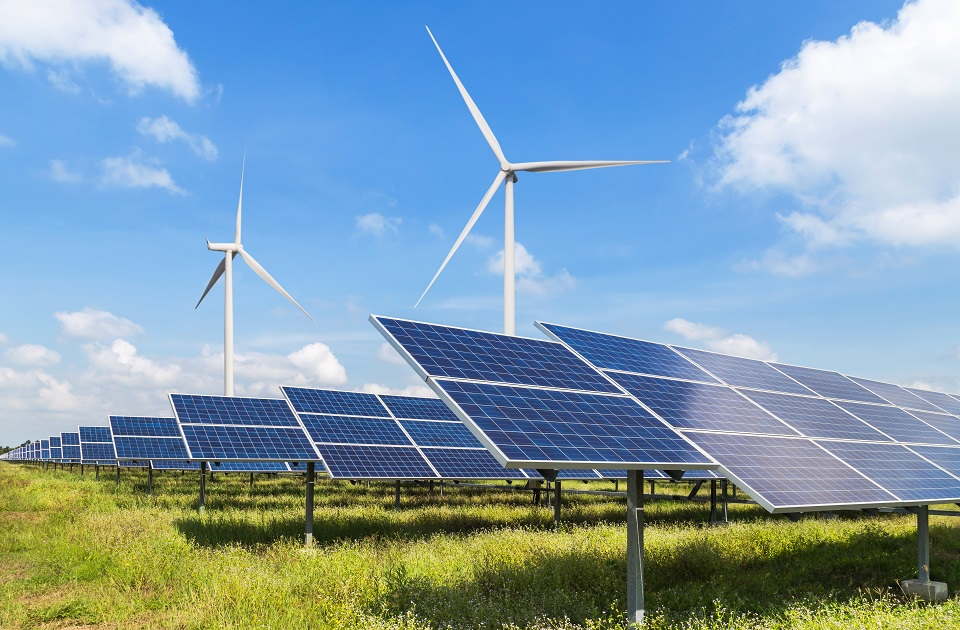 At the core of our mission is the vision for a more sustainable world, driven by the United Nations Sustainable Development Goals.

Sustainability is embedded in everything we do at Keele, and this drive has led to us leading innovative trials in smart energy and green technology. From hosting the first UK trial of hydrogen blending in a gas network, testing new smart energy technologies, to producing our own renewable energy on campus, we're proud to be leading the sector on sustainability.

Our efforts are recognised around the globe, a status which was cemented when we won the Global Sustainability Institution of the Year award at the Green Gown Awards in 2021. 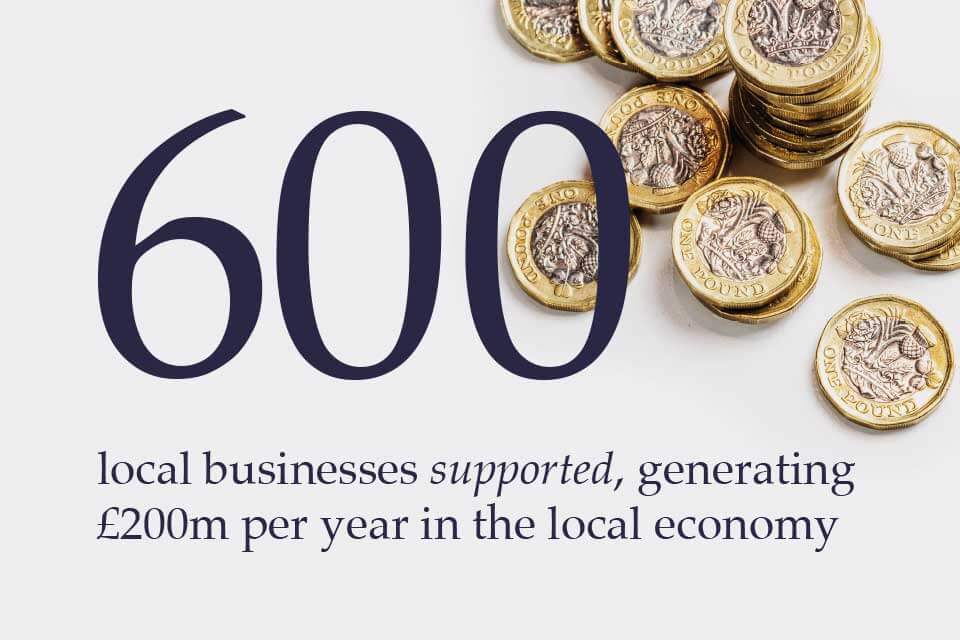 Supporting our local community and beyond

Our impact is felt not only around the world, but closer to home as well - our academics and students benefit from close links with regional businesses, industry, and our local NHS trusts.

Over 5,000 Keele-trained nurses are currently working on the NHS frontline, with many who study with us choosing to stay local when they qualify. More than 180 of our healthcare professors, lecturers and teaching staff also work clinically in the NHS, putting their expertise into practice day in, day out.

Outside of healthcare, our support for local businesses and SMEs is also unparalleled, with 600 local businesses having been supported by Keele-led innovation programmes since 2017, contributing £200m per year to the local economy, and with over 50 businesses based on our campus Science and Innovation Park.

Making headlines around the world.

We are delighted to host a calendar of exciting public events.

The latest job vacancies at Keele.

If you have any questions, please do not hesitate to ask.

No.1 in the UK Britain's best university, as ranked by students (Student Crowd University Awards, 2022)

600+ acres One of Britain's biggest campuses