The Chancellor of Keele University is James Timpson OBE, who was installed as the fifth Chancellor in the University’s history in June 2022.

The role of a Chancellor

The Chancellor is the leading figurehead and ambassador of the University on a regional, national and international level. The office-holder performs a number of key ceremonial roles, including presiding over graduation ceremonies and conferring degrees, and representing the University at formal occasions. 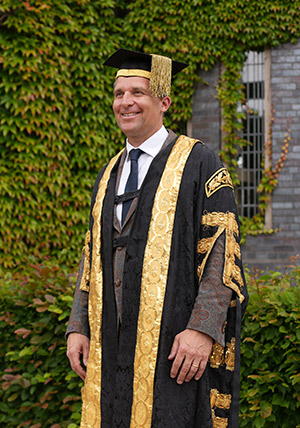 James is best known as the chief executive of Timpson, one of the UK’s largest and most socially responsible retailers. The group has a number of different brands across its portfolio of 2,100 stores, including key cutting and shoe repair specialist Timpson, Max Spielmann and Johnsons The Cleaners. James is well-known and respected for his leading role in training, mentoring and employing former prisoners and giving people a second chance – with around 10% of Timpson colleagues made up of people who have criminal convictions. James is the current chair of the Prison Reform Trust, a position he has held since 2016.

James’ passion and enthusiasm for business, people, his team and the wider community was recognised in the Queen’s Birthday Honors List in 2011 where he was presented with an OBE for Services to Training and Employment for Disadvantaged People. The following year he was appointed the David Goldman Visiting Professor of Innovation for 2012/13, at Newcastle University Business School, helping to inspire and motivate budding entrepreneurs, business leaders and students. During 2015 James received the Albert Medal from the Royal Society of Arts and in January 2016 appeared in the Sunday Times’ 500 most inﬂuential list, acknowledging his recruitment of ex-offenders. James is also a Deputy Lieutenant of Cheshire, where he lives with his wife Roisin and three children, Bede, Patrick and Niamh.

On being appointed to the role of Chancellor, James said:

“It's a massive privilege for me and my family to be associated with this University and I'm really looking forward to getting stuck in. There were many things that attracted me to Keele, one being I like the fact it's not conventional, like myself and my business. I like the culture of the University and how it’s very outward looking and is prepared to be brave, and to me that's important.”

James succeeds prominent environmentalist Sir Jonathon Porritt, who had held the post since 2012. 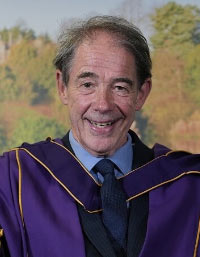 Jonathon Porritt is a prominent campaigner and eminent writer, broadcaster and commentator on sustainable development. The co-founder of Forum for the Future, Jonathon was formerly Director of Friends of the Earth (1984-90) and co-chair of the Green Party (1980-83) of which he is still a member, a Trustee of WWF-UK (1991-2005) and a member of the Board of the South West Regional Development Agency (1999-2008). Jonathon received a CBE in January 2000 for services to environmental protection. In July 2022 he was made an honorary Doctor of the University during a ceremony in Keele Chapel. 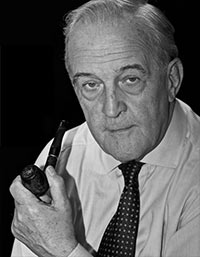 David was a world-leading clinical scientist and pioneering researcher. He received a medical degree from the University of Liverpool in 1956, and then joined the British Army as part of his National Service. It was during this time that he found his passion for the lifelong study of haemoglobinopathies. Sir David joined Keele in 2002 as Chancellor and was invaluable in setting up the new School of Medicine, including recognising how important the development of Primary Care research could be for the University. He died on December 8, 2018, aged 85. 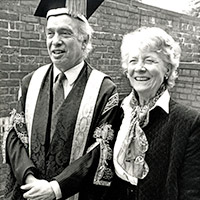 Claus was an eminent statistician, economist and champion of the arts and science. During his long and very distinguished career, Lord Moser was a Professor of Social Statistics at London School of Economics, government statistician, statistical consultant to the Robbins Committee on Higher Education, Chair of the Royal Opera House, Director and Vice-Chair of NM Rothschild and Sons, Warden of Wadham College Oxford, Chair of the British Museum Development Trust, President of the Royal Statistical Society and set up the 1991 National Commission on Education. He was Chancellor during a time of significant change and development of the University, both in terms of academic and physical structure, and died on September 4, 2015, aged 92. Princess Margaret was the younger daughter of King George VI and Queen Elizabeth, and the only sibling of Queen Elizabeth II. She was a dedicated and distinguished servant of Keele University and visited the campus frequently for the conferral of awards at graduation ceremonies and for special occasions. She remains the longest-serving Chancellor in Keele's history. Princess Margaret died on February 9, 2002, aged 71.