Keele signs renewable energy partnership towards being carbon neutral by 2030 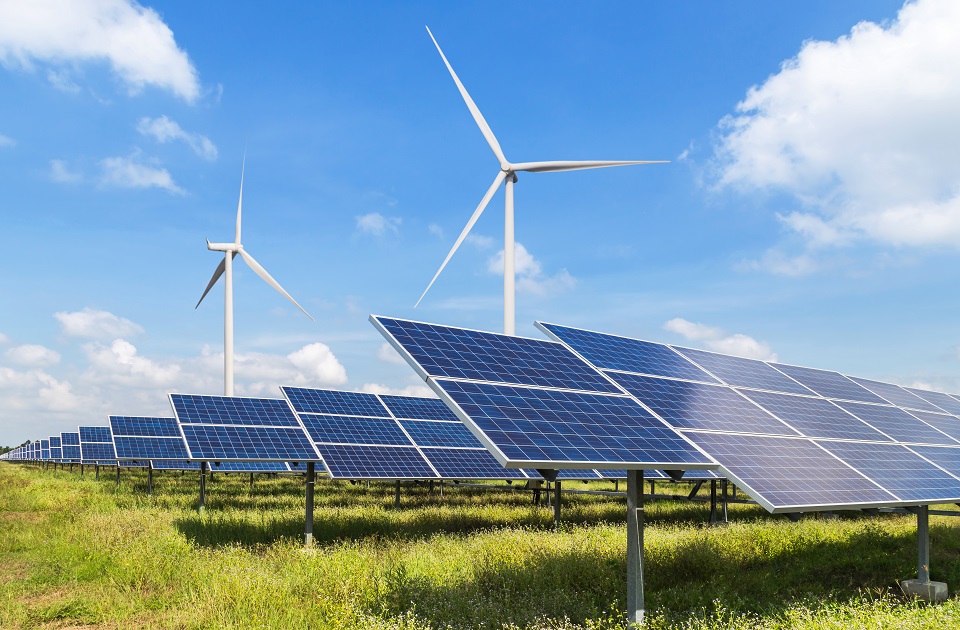 Two wind turbines and 12,500 solar panels are set to be installed on the Keele University campus through a new partnership managed and financed by ENGIE, to support the University’s pledge to be carbon neutral by 2030.

ENGIE, a leading energy and services company focused on producing and supplying low-carbon energy, has agreed a 25-year deal with Keele University to fund, design, build and operate a multi-technology energy park that will generate up to 50% of the University’s campus electricity requirements from renewable sources.

The University’s new low carbon energy project will see the development of two wind turbines, an industrial size battery for storing the generated energy, and 12,500 solar photo-voltaic (PV) panels installed at ground level in fields on the edge of the campus which will be managed and financed by ENGIE.

After installation, the renewables will provide up to 50% of the campus electricity needs and the combined carbon emissions savings from the wind and solar farm will be around 1,500 tonnes per year – the equivalent of taking 800 cars off the road.

The partnership with ENGIE represents part of the University’s response to the climate change agenda through the subsidy-free provision of clean, renewable energy, as part of its ambitious pledge to become carbon neutral by 2030.

The University was one of the first to declare a climate change emergency in 2019, and is supporting Newcastle-under-Lyme Borough Council in its pledge to become carbon neutral. The energy project also aligns with the Government’s new 10-point plan for a Green Industrial Revolution which highlights the West Midlands as a key area to help drive forward and build green jobs and industries.

As well as unlocking carbon savings, the programme will enable innovative research on the University campus through Keele’s Institute for Sustainable Futures.

Professor Chris Fogwill, Director of the Institute, said: “This programme will underpin exciting research that seeks to understand the role decentralised energy production and storage combined with smart grids can play in the UK’s zero carbon transition.

“From understanding the long-term impacts of large-scale renewables on viable agricultural land, to assessing the value of multi-vector renewables and storage within Europe's largest smart energy network, and understanding the impacts of local renewable generation on user behaviour, this ambitious project will generate high-impact multidisciplinary research across the Institute’s core themes.”

The University has already transformed its campus into a unique ‘living laboratory’ replicating a small town, to drive the clean energy transition required to achieve the UK’s ambitious climate change commitments. Landmark projects include HyDeploy, the first practical experiment in the UK involving blending hydrogen with natural gas, and the largest single, integrated electricity and heat Smart Energy Network Demonstrator (SEND) in Europe.

Combined with an integrated renewable energy programme, the SEND Network and HyDeploy will dramatically reduce carbon emissions from the campus itself and support innovative research into low carbon energy, as well as provide the basis for substantial reductions in carbon emissions globally.

Professor Mark Ormerod, Deputy Vice-Chancellor and Provost at Keele University said: "This major campus low carbon energy project in partnership with ENGIE is a hugely exciting development for Keele University. Having significant renewable energy generation on our campus has been a strategic ambition for several years as a key component of our very ambitious low carbon sustainability vision for Keele.

“Having this level of on-site low carbon energy generation directly coupled to being Europe's largest smart energy network demonstrator will not only deliver a very substantial reduction in our carbon emissions as we strive to become a zero-carbon campus, it will provide an outstanding demonstration of smart and low carbon energy technologies."

Phil Butters, Director of Estates and Development at Keele University said: "We are really excited by this new partnership with Engie, which is another milestone in Keele University’s ambitions to lead the way in both the practical application of, and research into, innovative and sustainable energy generation and distribution.

"Delivering nearly 50% of our electrical needs and removing a third of our Carbon Emissions, this scale of on-site generation provides a significant enhancement to the opportunities provided by Keele as an at scale Smart Energy Network Demonstrator. It also underpins our Sustainable Energy Strategy, which looks to optimise building performance alongside on-site renewable energy generation and storage."

Carl Foreman, Head of Renewables for ENGIE UK & Ireland, added: "Keele University is trailblazing change in both the education sector and in terms of the green agenda. Universities spend huge sums in utility bills every year and this progressive energy park scheme will offer an exemplar in low carbon energy generation for higher education estates.

"Our business is centred on finding profitable, zero carbon solutions for our clients in both the public and private sector and this project offers a prime opportunity to showcase our capabilities. We will own and operate the energy park through its 25-year life span and that investment demonstrates our commitment to the success of the scheme."