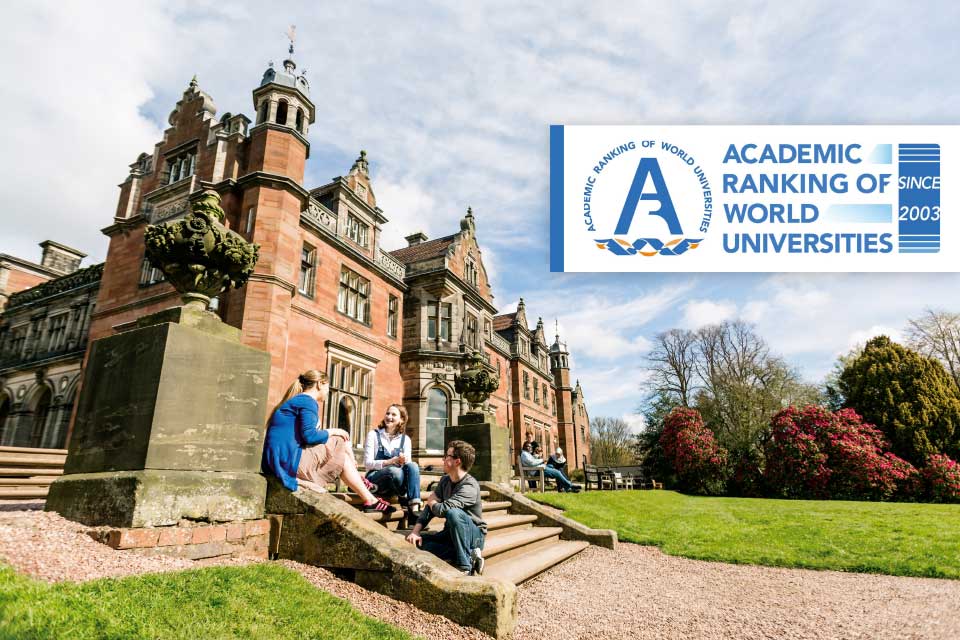 Keele University has cemented its place as a leading global institution for academic performance after climbing 200 places in the Academic Ranking of World Universities (ARWU).

The rankings, published by ShanghaiRanking Consultancy, place universitiesaccording to academic and research performance, alumni and staff winning Nobel Prizes and Fields Medals, highly cited researchers, and papers published in the journals Nature and Science. ShanghaiRanking Consultancy is a fully independent organisation dedicated to research on higher education intelligence and consultation.

Since 2003, ARWU has been presenting the world’s top universities annually based on transparent methodology and objective third-party data. The rankings were first published by the prestigious Shanghai Jiao Tong University and since 2019 the Top 1,000 universities in the world are published.

Professor Mark Ormerod, Deputy Vice-Chancellor and Provost, said: “We are delighted to be recognised amongst some of the world’s most prestigious institutions and Keele’s significant rise in Shanghai Jiao Tong's World University Rankings, which have a strong emphasis on research excellence, demonstrates our commitment to and success in producing world-leading and impactful research, which is underpinned by outstanding academic performance and our reputation for teaching excellence.”