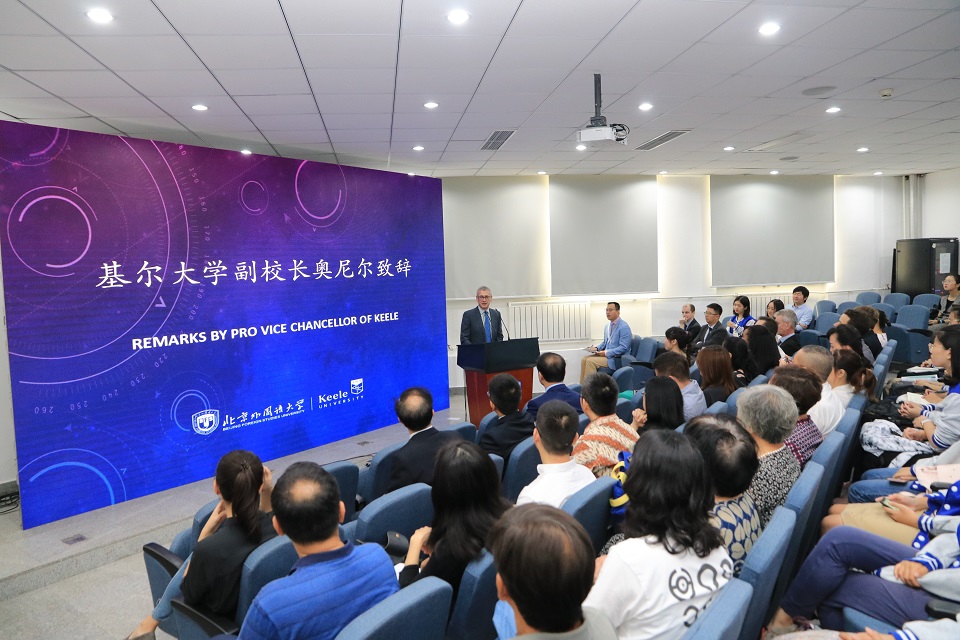 The International Governance and Public Policy degree programme, the first of its kind on diplomacy that is designed and delivered collaboratively through a partnership between higher education institutions in China and the UK, is an interdisciplinary course combining elements of three subjects: international relations and diplomacy; international business; and international law.

Professor O'Neill participated in the induction ceremony co-hosted with BFSU's Vice-President Professor Yan Guohua, which was attended by University staff and parents of the new student cohort. Professor O’Neill also met the programme’s first cohort of 79 students entering their second year, who will be coming to live and study at Keele in September 2020.

This shared programme will help to meet the Chinese government’s ambitions to develop talented graduates who will be able to represent the country effectively in diplomacy, foreign affairs, economic and cultural exchanges, and international communication. The course also responds to China’s Belt and Road Initiative, a £760 billion plan to connect Asia, Africa and Europe.

BFSU also invited Professor O'Neill, who is a political theorist, to deliver a guest lecture on the complexities of Brexit, with particular reference to the challenges raised by the Irish border.

Professor O'Neill met several other senior leaders at BFSU in order to explore ways to deepen and broaden the partnership.

While he was in Beijing, Professor O’Neill also spent time at Beijing Capital University, strengthening another partnership and furthering research collaborations in the field of labour economics.

Professor O’Neill said: “I was honoured to welcome our new students and to meet those who are now in their second year at BFSU. It was an important part of the preparation for the arrival of that first cohort in England, and it will shape ongoing plans to ensure that they will feel at home and will flourish during their year with us. We are looking forward to welcoming students to Keele next year.”