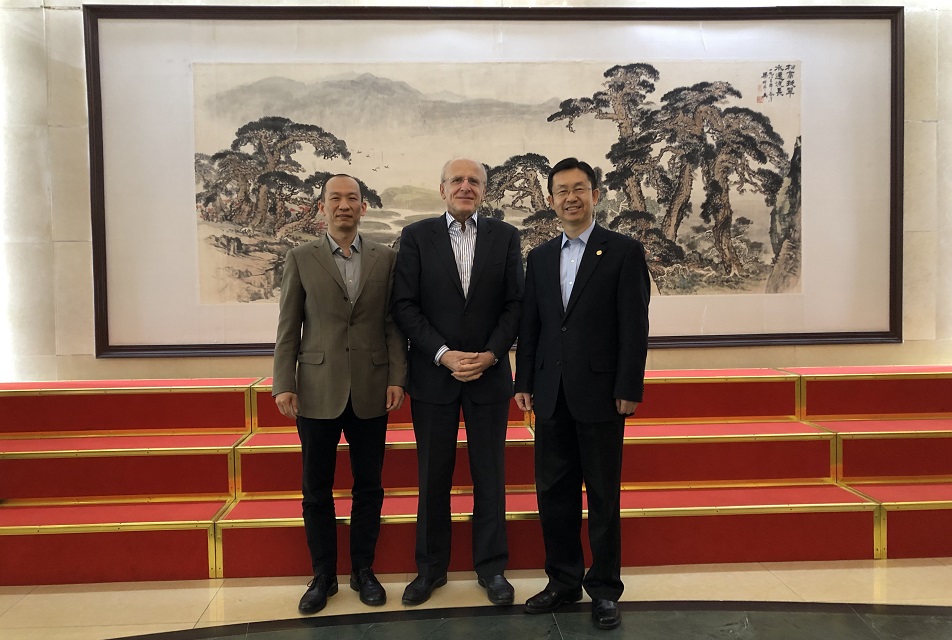 Professor Richard Luther, former Dean of Internationalisation and Emeritus Professor of Comparative Politics, recently travelled across China to present research into Western political party competition and to discuss the global economic and developmental issues faced by China and Europe.

During his tour of the country, Professor Luther was invited to meet senior staff in the International Liaison Department of the Chinese state’s Central Committee to discuss areas of his research and the political challenges that both the UK and China are facing as a result of global economic developments.

At BFSU, China’s oldest foreign language teaching university, Professor Luther presented four lectures to students on the joint International Governance and Public Policy degree programme between Keele and BFSU. Drawing on his research on topics such as the Great Recession and populism, he highlighted the growing interdependence of domestic and international politics, as well as the associated challenges to political legitimacy.

Professor Luther later visited two of Keele’s other partner universities, Shanghai Normal University and Tongji University, where he is a Guest Professor, to deliver presentations on the current crisis of Western European social democracy. He was also the only foreign attendee at a Shanghai conference of influential Chinese think-tanks discussing the future of Europe and Sino-European relations. His paper explored the possible implications of Brexit for ‘global Britain’.

Professor Luther said: “In an increasingly interdependent world, it is important that UK academics continue to engage with overseas colleagues and policy influencers.”