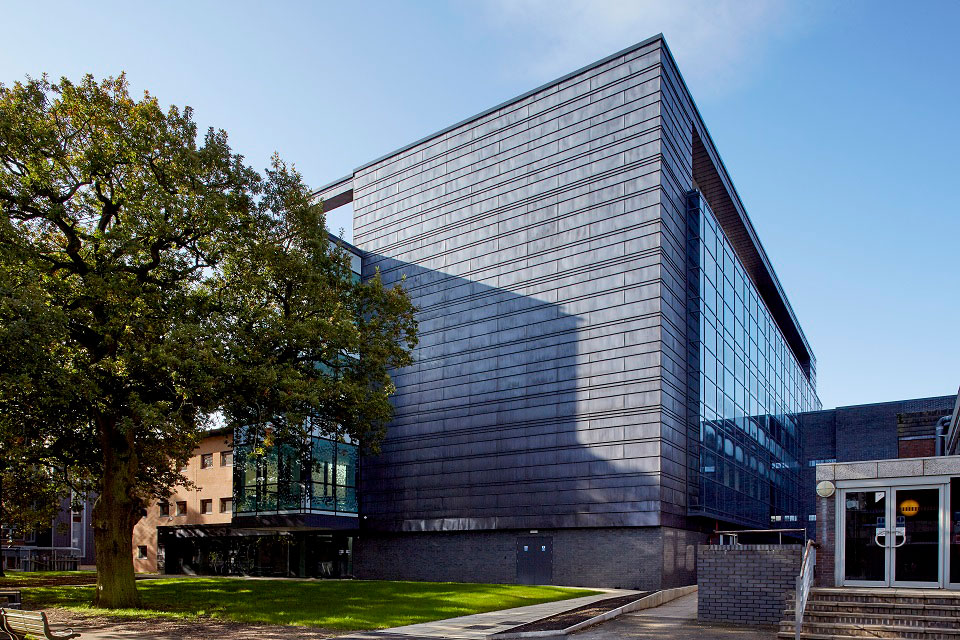 Keele University is lighting up to mark the 150th anniversary of the periodic table, one of the most crucial aspects of modern science.

As part of the International Year of the Periodic Table, to mark the anniversary Keele’s new state-of-the-art Central Science Laboratories building will be illuminated with a projection of the table against its exterior on Wednesday 20 November, 5pm-7pm.

The eye-catching display, arranged by the Royal Society of Chemistry (RSC), coincides with Chemistry Week, which will be celebrated between 18-24 November.

Keele was ranked No.1 in the UK for Chemistry in this year’s National Student Survey for student satisfaction, and the new Central Science Laboratories building - part of Keele’s £45 million investment in science teaching and research facilities - provides new cutting-edge facilities for teaching, to underpin the very strong growth in the number of students studying the natural sciences at Keele in the last few years.

Professor Mark Ormerod, Deputy Vice-Chancellor and Provost at Keele University, said: "It's fantastic, particularly as a chemist by background, to be hosting this celebration of the International Year of the Periodic Table at our brand new science teaching laboratories at Keele University.

“We've seen a tremendous increase in the number of students studying the natural sciences, including chemistry, at Keele in recent years, and these new laboratories provide fabulous state-of-the-art teaching facilities to support this large growth in students studying science and chemistry.”

Professor Mike Watkinson, Head of the School of Chemical and Physical Sciences, said: “This is a great opportunity for us to further enhance the excellent teaching and student experience that the students in the School receive, and for them to further engage with members of the School’s staff through this national celebration of the periodic table.”

The RSC is also using the unique installation to raise awareness of the growing number of elements which are under threat, due to a large amount of old technology and unused electronic devices in UK homes. These abandoned devices harbour precious elements that are at risk of running out, with the RSC calling for new solutions to extract these elements from old tech and recycle them, as well as finding alternatives to these rare elements where possible.

Robert Parker, CEO of the RSC added: “This year marks the 150th anniversary of the Mendeleev Periodic Table of Elements. Now, over a century and a half later, many of the elements discovered are in critical danger of running out.

“We’re really pleased to have the support of some of the UK and Ireland’s leading institutions in bringing the importance of the message to life – literally highlighting the responsibility we have in ensuring our old devices are properly recycled. In the future, they could be needed for other technologies that we haven’t even discovered yet – for health, green energy, treating pollution and more.”