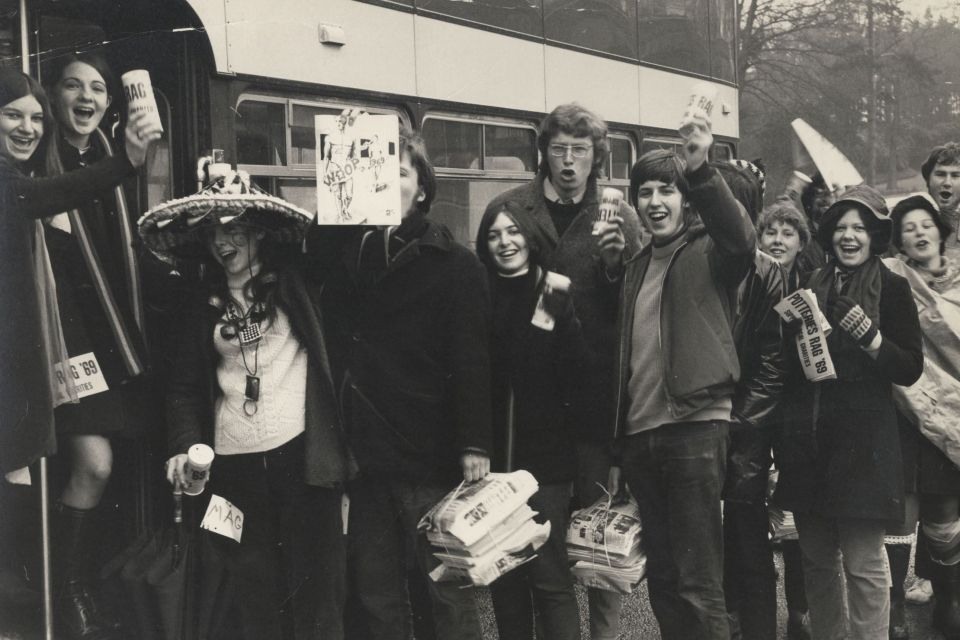 Student protest in the Archives 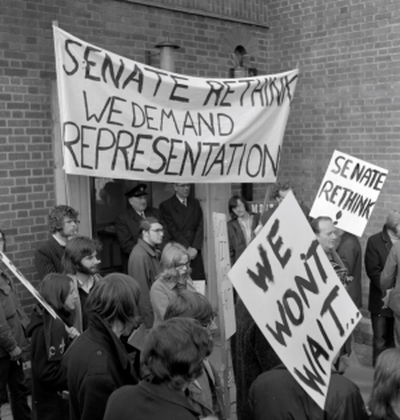 Keele students outside the Walter Moberly Hall, campaigning for representation at Senate, November 1969

I’m Lily Douglas, in my second year studying English Literature and Sociology at Keele. As part of my Humanities work placement in the Special Collections and Archives, I’ve been researching fifty year old records relating to a period of student protest at Keele.

The late 1960s saw the beginning of a new age in politics. In 1967, there was the partial decriminalisation of male homosexual acts and the passing of the Abortion Act, while in 1968 anti-Vietnam war protests spread across London. People were exercising their right to freedom of speech and were campaigning for a more liberal and equal society.
For many university students, the 1970 change of the age of majority, from 21 to 18, signalled a turning point in their political activism. Students were demanding representation. At Keele, this involved campaigning for a student presence at Senate, as well as arguing for radical reform of examinations. 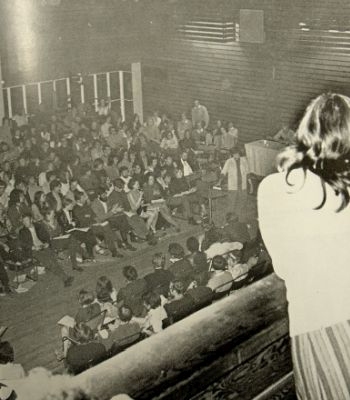 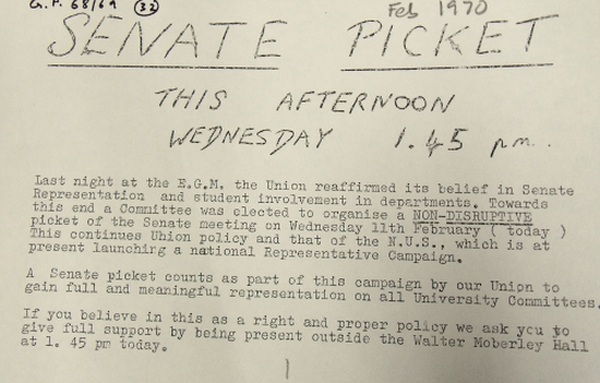 Fundraising for charities was another aspect of student activism at Keele with the annual RAG (‘Raise & Give’) Week being the focal point. 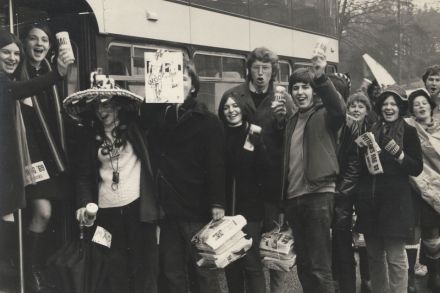 Students take to the road in 1969 to sell Keele RAG Mags.

Some students were increasingly influenced by left-wing and socialist ideologies and used direct action like sit-ins and pickets to highlight their cause. Demands included an extension to the permitted hours’ rule (the hours students were allowed to mix with the opposite sex outside academic study), as well as the right to access their own student files, which led to a sit-in of the Registry. 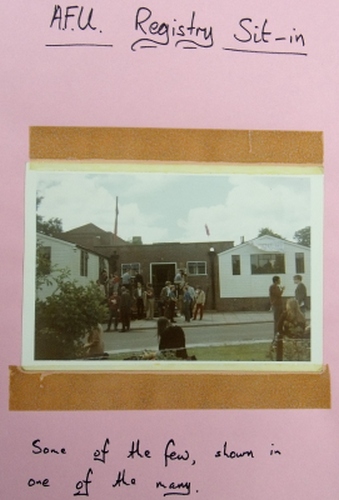 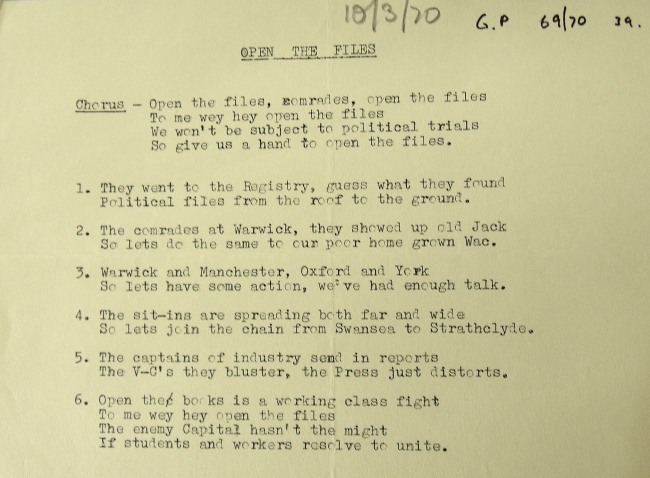 On one occasion, in May 1970, a minority group declaring revolution for freedom unofficially invited the Edgar Broughton Band to play at the University. The crowd proceeded to storm the SU, and when the performance was halted in the early hours, some students spray painted the ballroom with slogans. The culprits were brought before Newcastle magistrates and issued with substantial fines, before marching out of court undeterred and chanting ‘Revolution’. 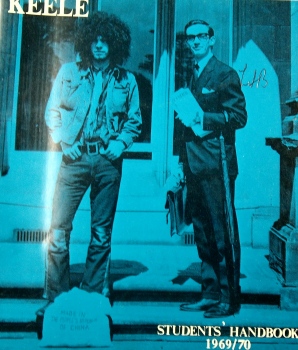 A sense of determination has passed down to the Keele students of today. Students are involved in elections, committees and campaigns, supporting the recent staff pension strikes and joining the fight against climate change. The student protests of the past have given students of today the opportunity to have their voices and opinions heard.

To learn more, contact the Special Collections and Archives - email h.burton@keele.ac.uk and take a look at the Keele Oral History Project webpage.