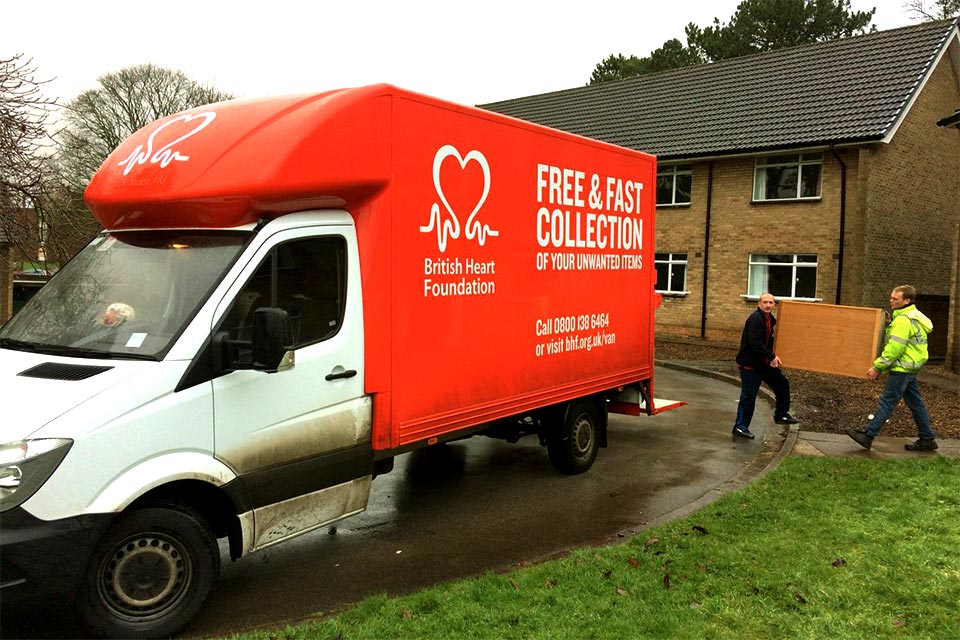 Keele University has raised more than £50,000 for the British Heart Foundation in the last five years, by donating furniture and electrical items.

The University recently raised £14,000 for the charity by donating redundant furniture from the Hawthorns halls which were retired last year. The British Heart Foundation, with support from Seddon Homes Ltd, collected bedroom furniture and electricals which have since been sold in their stores across the country.

“We are very pleased with our partnership with the British Heart Foundation and are proud to have raised £50,000 for them since 2013. As part of our Root and Branch campaign, Keele University is committed to embedding sustainability into everything that we do, and by donating these items to charity we’ve saved the equivalent of over eight tonnes of waste and also saved eight tonnes of carbon dioxide.

“Over the last five years we have encouraged students to donate unwanted clothes, furniture and other items to generate vital stock for the British Heart Foundation shops. We have donation banks in all the halls on campus, and run awareness campaigns when our students move out in order to encourage donations.”

Keele University students also donate food to the local Newcastle-Staffs Foodbank, which last year equated to an estimated 8,000 meals for the local community. The donation was part of the University’s Keele Green Move Out scheme, where students moving out of campus halls of residence donate food and household items.