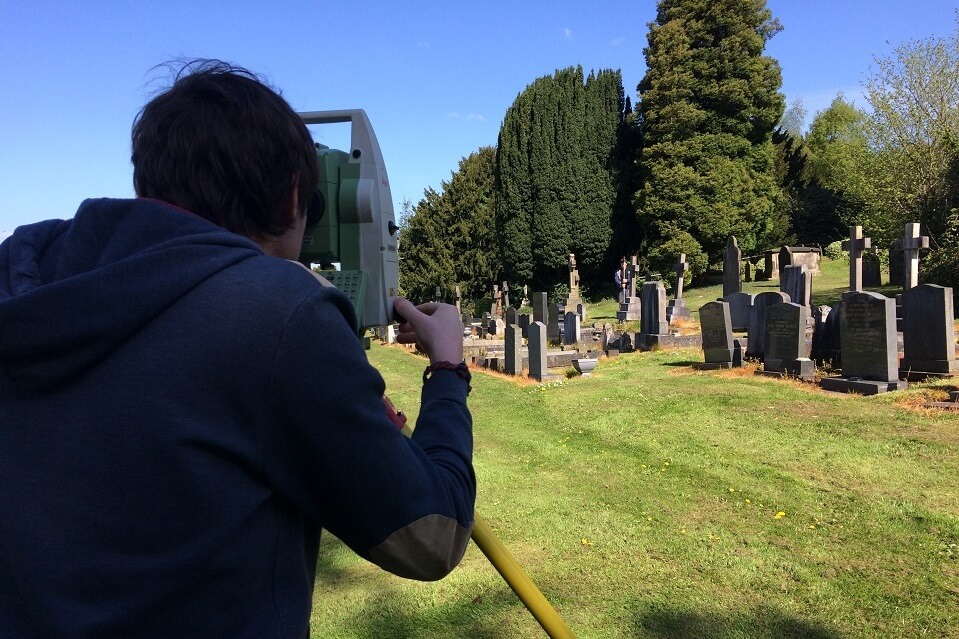 Dangerous elements like lead are present in concentrated levels in graveyard soils around UK churches, new analysis has found, presenting a potentially major problem for surrounding communities and potential redevelopment of sites like this.

Led by Keele’s Dr Jamie Pringle, the research team used portable X-ray fluorescence techniques to analyse soil in two UK churchyards – one in nearby Keele village in Staffordshire, and one in Norfolk. The sites chosen featured known graves dating back to the 16th century, and these sites have been probably used for burials for more than 1,000 years.

The team took soil samples and analysed them to determine what elements were present, finding elevated levels of heavy metals like iron, lead, manganese, chromium, copper, zinc and calcium in the soil, most likely due to the decomposition and also breakdown of items and substances which had been buried with the deceased, such as embalming fluid.

This has implications for how the sites are managed currently as well as for neighbouring communities, as concentrations of some metal elements were so high that they would be classed as waste by environmental regulation standards.

But the findings, published in Environmental Science and Pollution Research, are also important for any future redevelopment plans for the site, as it is not uncommon for churchyards to be deconsecrated and redeveloped in the future, for example for new housing. The timing of schemes like this varies by country as there are different laws in place for how long grave sites must be left before they can be legally moved.

However, the concentration of things like lead which would be left behind in the soil could cause potential problems for redevelopment of the site. For example, any plants, fruit and vegetables grown in a potential garden on the site would likely have high concentrations of lead and other heavy metals within them.

Lead author Dr Pringle said: “This paper provides evidence that soils in many long-lived burial sites will be contaminated, both in soils on the surface and deeper into the ground, although there are many site-specific factors that affect whether elements are long-lasting or not.”

Co-author Adam Jeffery said: “It's important to remember that, whether it's derived from rain water running off a lead roof, metal coffin fixings rusting away, or even our own bodies breaking down, the metals that we put into the ground could accumulate in the soil and remain present for considerable timescales, potentially long after a burial site has been repurposed and its original use forgotten.”