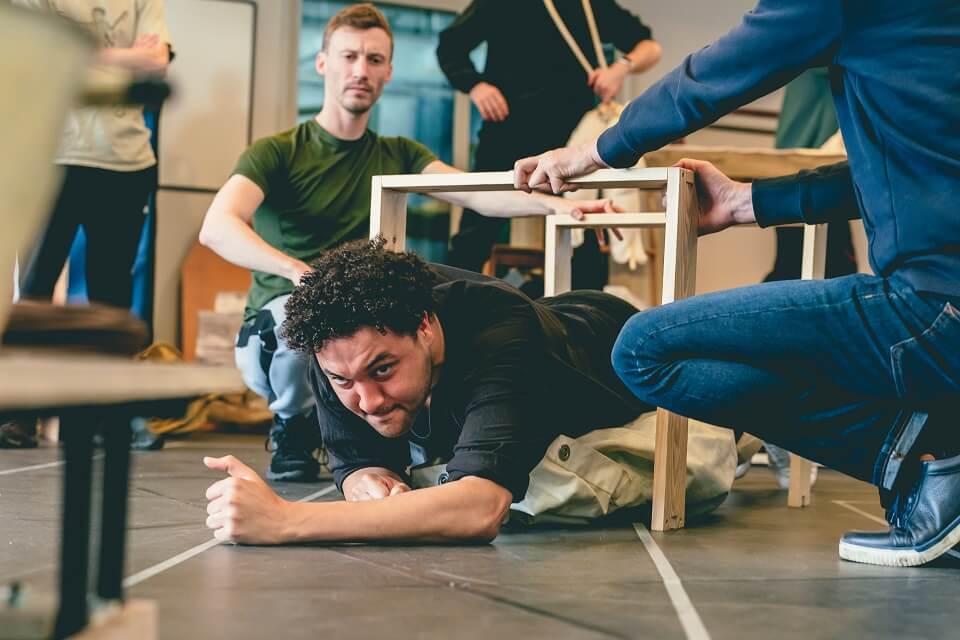 Findings from a Keele University study into the real life “Great Escape” have helped bring the story to life in a new play at the New Vic Theatre.

The study, first published in 2007 by Keele’s Dr Jamie Pringle and colleagues from London and the USA, was a geoscientific investigation of the ground at a former Prisoner of War (POW) camp in Poland, previously used by the Nazis to hold Allied POWs.

Like many such camps, the Stalag Luft III camp was notorious for escape attempts by Allied prisoners, most famously the mass escape of 76 POWs in March 1944, which formed the inspiration for the film “The Great Escape”.

Now, the story has been adapted for the stage at the New Vic Theatre in Newcastle-under-Lyme, with Dr Pringle and his co-authors' research findings being used in the writing and development of the story.

The play, titled “Tom, Dick and Harry”, is based on top secret material classified in the archives until 1972, and will tell the exhilarating cat-and-mouse tale of one of the most intricate, audacious and greatest escapes in history.

As well as declassified archive material, the authors also called on Dr Pringle and co-author Prof Peter Doyle from London South Bank University for their input, with their insights and research findings being shared with the cast and crew, as well as contributing to the programme for the show.

Dr Pringle said: “The Great Escape is an extraordinary story of Prisoners of War that use all means at their disposal to escape from captivity in a bid for freedom that still captivates people’s attention today almost 80 years on. I visited Stalag Luft III with like-minded colleagues to investigate the camp, and we were successful at finding tunnel ‘Dick’ and its entrance chamber, complete with its hidden doorway and artifacts still remaining. It is great to see this play which highlights again the extraordinary heroism of those men in such desperate times, which remains relevant sadly today as then and talk to the cast and crew of our experiences there.”

Artistic Director at the New Vic, Theresa Heskins, co-wrote the play with cast members Andrew Pollard and Michael Hugo and is directing the production.

Theresa added: “Delving into the archives, we learned that this legendary escape was a huge international collaboration. We were determined to share that aspect of the history, even though developing and casting the play during a pandemic, with travel so restricted, made for a special challenge. We’re glad that our cast’s heritages and lived experiences – from Eastern Europe, the Caribbean, East Africa, the Americas, Canada, Germany – reflect both the global alliances at the heart of this remarkable story, and the inclusive country we live in today.”