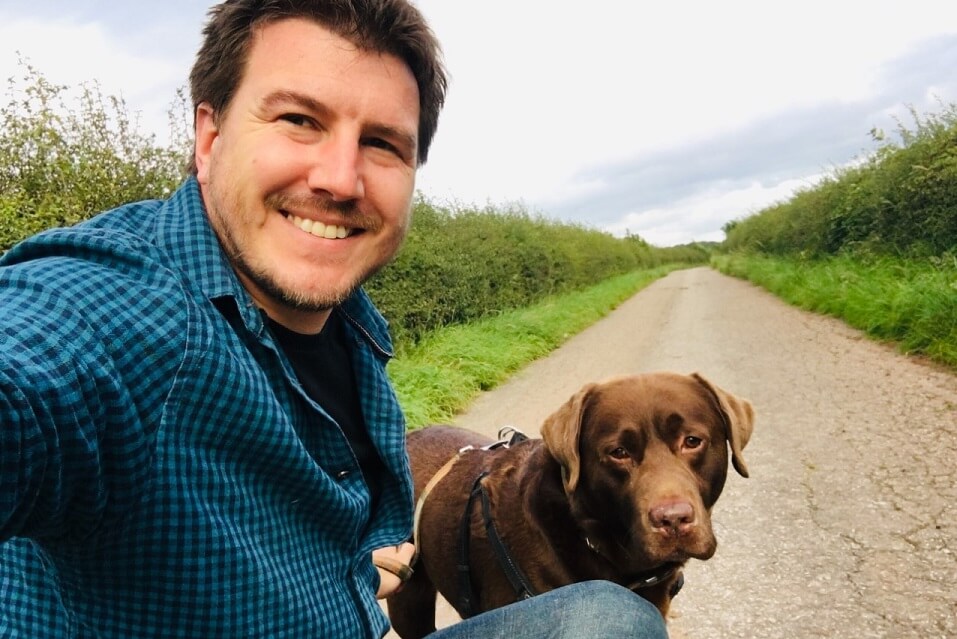 A Keele University lecturer has received a prestigious award from the Prime Minister to honour his work campaigning for animal welfare and changes to the law surrounding pet theft.

Dr Daniel Allen, Lecturer in Human Geography, has received the Points of Light award, an award given out every weekday by the UK Prime Minister to honour outstanding individual volunteers.

Dr Allen has received this award for his work campaigning for animal welfare causes, including his Pet Theft Reform campaign which is calling for a change in the law to make pet theft a specific offence with access to appropriate custodial sentences in England and Wales.

Following years of campaigning, in September 2021 the Government announced that it would make ‘pet abduction’ a specific criminal offence, with a five-year maximum sentence for those who steal dogs, and recognising the emotional distress experienced by people and pets.

Dr Allen’s award announced today coincides with Dog Theft Awareness Day (14th March). He said: “To be recognised as a Point of Light is an unexpected honour. Since teaming up with the Stolen and Missing Pets Alliance (Sampa) in 2017, Pet Theft Reform has very much been a team effort. Recognising that ‘pets are family, not just property’, our grassroots campaign was designed to provide a platform to help victims, volunteers, organisations, and MPs work together; raise awareness; help reunite families; and change the law.

“After five years of campaigning, the Government announced that ‘pet abduction’ will formally be recognised as a specific offence. The Pet Theft Reform coalition are now urging the government to consider extending this offence to cats and other companion animals. We are also asking the public to continue supporting victims of pet theft on social media by sharing stolen pet posters – the families still searching are at the heart of this campaign.”

The Points of Light award scheme is a cross-party supported programme designed to highlight the positive change people are making in their communities and inspire others to volunteer.