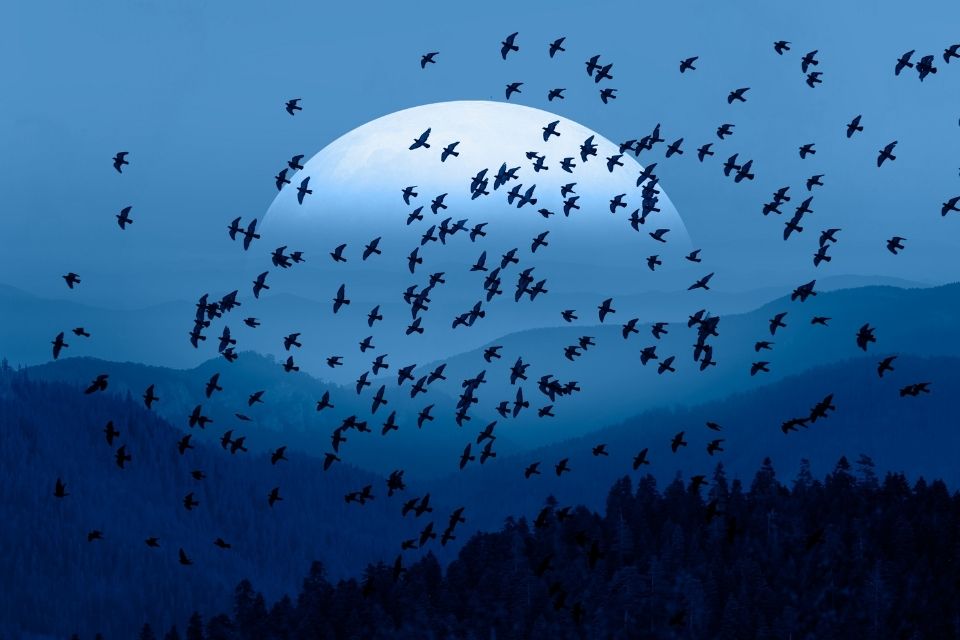 The remarkable navigational precision displayed by these tiny birds – as they travel alone over stormy seas, across vast deserts, and through extremes in weather and temperature – has been one of the enduring mysteries of behavioural biology.

We know that birds buffeted by winds so much that they’re significantly displaced from their migratory route are able to realign their course if they’ve already performed one migration. This has suggested that birds’ navigational abilities – some of which is built around a sense of compass direction – includes a mechanism for finding their way back home from parts of the world they’ve never before visited.

Now, our new study of Eurasian reed warblers has found that this remarkable ability involves a “magnetic map” that works like our human system of coordinates. Surprisingly, our study found that these birds understand the magnetic field of places thousands of miles into territory they’ve never before visited – suggesting some birds could possess a “global GPS system” that can tell them how to get home from anywhere on Earth.

It’s long been known that adult birds develop some sort of navigational map to help them migrate. How they do this has remained controversial. Several cues have been proposed as guides for migratory birds – including odours, infra-sound, and even variations in gravity.

Despite largely agreeing that certain birds navigate via the Earth’s magnetic field, scientists haven’t worked out precisely what sensory apparatus they use to detect it – or whether multiple systems are used to detect different parameters of the field. Other animals, like turtles, can also sense the magnetic field, but the same uncertainties apply.

Regardless, if birds have learned that magnetic intensity increases as they go north, they should be able to detect their position on the north-south axis wherever they happen to be. Similarly, if they experience a declination value that is greater than anything they’ve previously experienced, they should know they’re further east. On this basis, the theory is that they can calculate their position on the grid and correct their orientation.

This would mean that birds essentially navigate using a system similar to our Cartesian coordinates – the basis of modern GPS navigation. If this coordinates theory is accurate, it would mean that birds should be able to use their knowledge of magnetic field parameters to estimate their location anywhere on Earth – through the extrapolation or extension of their navigational rules.

To date, however, there has been no clear evidence that birds can use the magnetic field in this way. But our new study on the migratory Eurasian reed warbler – or the Acrocephalus scirpaceus – is the first to show clear evidence that they can in fact do this.

To prove the coordinates theory, we used a technique called “virtual displacement”. We tested birds’ orientation behaviour by placing them in a small cage called an “Emlen funnel”. When a bird tries to fly from the cage, it leaves scratches in the direction it’s trying to fly towards.

Remarkably, we found that this corresponded to the direction that it would be trying to migrate in the wild, which we know from previous experiments. To test whether birds plot their course from takeoff using magnetic fields, we put the Emlen funnels inside a “Helmholtz coil” – a device that allows us to change the nature of the magnetic field in the immediate vicinity of the bird.

In doing so, we created a virtual displacement. The bird does not move: it is tested at the site where it is captured, with all other variables remaining the same – apart from the magnetic field, which we changed to match a location far to the north east of their normal range. We chose the location so that it would be far beyond any magnetic field the warblers would have previously experienced.

While this cue may be relevant for reed warblers and other migratory songbirds, it is by no means the only navigation system used by birds. Other birds, including seabirds and homing pigeons, have been shown to require olfactory cues (scents and smells) to navigate. At this stage, we don’t understand the reason behind these different preferences.

And, while we are closer to understanding the mystery of how birds navigate using magnetic cues, it still remains something of a mystery as to how they sense the magnetic field. It’s been suggested that birds sense magnetic values through a light-sensitive molecule called cryptochrome, or through sensory cells containing magnetic iron oxide particles – but definitive evidence for either of these has not yet been provided.

However, behavioural evidence continues to underscore how the Earth’s magnetic field is crucial in helping some birds make their epic journeys to breed each year – providing a global positioning system that might just provide birds with a complete navigational map of the world.