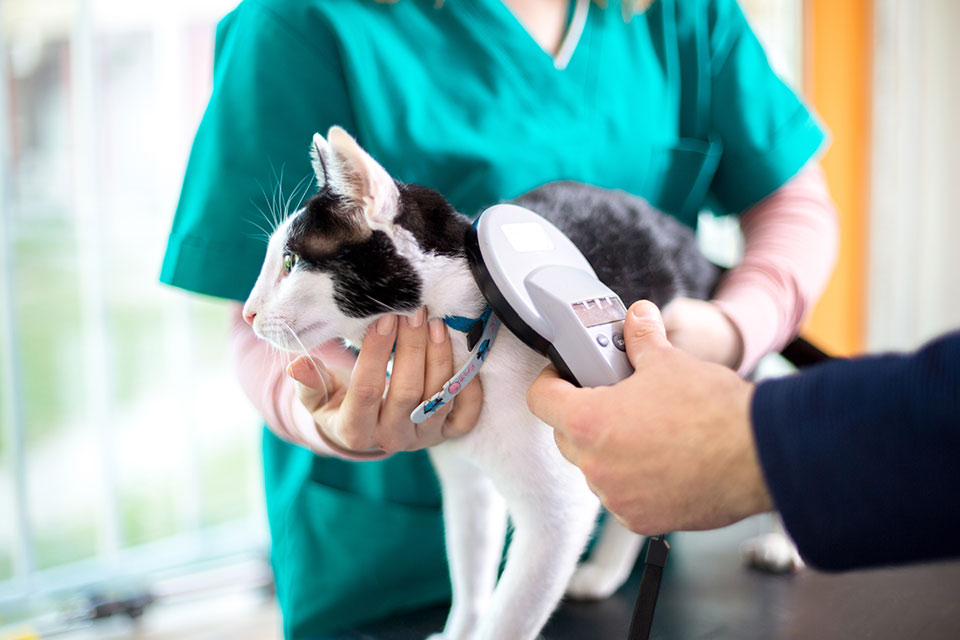 When dog microchipping became a legal requirement in England and Wales in April 2016, calls to extend the law to other pets were rejected. However, compulsory microchipping is now back on the political agenda.

From October 2020 it will be mandatory for all owners to microchip their horses, ponies and donkeys and register their details on a centralised database . The government launched a consultation in October 2019 on whether every owned cat should be chipped with keeper details and added to approved databases.

The charity Cats Protection insists that making microchipping compulsory for all owned cats is an “essential part of responsible pet ownership”. In theory, this is a great way of bringing missing and stolen cats home – but what will it really mean for cats and their owners?

With 92% of dogs now microchipped and a 15% decrease in stray dogs reported, the mandatory system of identification and reunification has proven to be beneficial. There are, however, two major flaws with the current compulsory microchipping system: optional scanning, and the lack of a single database.

Although it is compulsory to microchip dogs, veterinary professionals, animal rescues and local authorities are not required to scan the pets they come into contact with. Nor do they have to check microchips against details on a database or contact registered keepers if they do not match the person in possession of the animal. As a result, opportunities to reunite missing and stolen pets with owners are repeatedly missed.

Read more: Dog theft on the rise: how in danger is your pet and what can be done about it

An example is Clooney, a microchipped Siamese cat stolen in June 2013. The database on which he is registered shows he was scanned twice in March 2018, yet the registered owner was not contacted and his location remains unknown.

We microchip our pets with the expectation that it will provide them with a passport home so how can I reconcile myself to the irrefutable proof that Clooney is out there, has been identified as missing by whoever looked up his details on our database records and yet the only people who can obtain the information – the police – are letting this happen without serious challenge?

According to welfare groups such as Cats Matter, there is a wider issue for cats injured or killed in road traffic accidents. Under the Road Traffic Act 1988 drivers who hit a dog must report the incident, but this is not the case for cats. Alongside this, some councils dispose of dead cats without scanning them for microchips.

This happened to microchipped Gizmo, whose owner Heléna Abrahams launched a campaign which calls for compulsory scanning. Another campaign, Fern’s Law, would make it compulsory for vets to scan all pets that are new to their practice, and check the chip and associated record at the yearly health check.

Of the estimated 10.9 million cats in the UK, 71% are chipped, which means around 3.2 million would need to be. The average cost of microchipping is around £15 and databases charge an additional fee to update details.

There are currently 13 microchip databases on the government list. As independent commercial enterprises they have different processes and no interest in creating a central standardised register. To confuse matters further, microchipping databases which do not meet government standards continue to trade, and often rank highly on search engines. If you register on an unlisted database, not only can you be fined £500 but your pet’s microchip will read as unregistered when scanned.

Although the British Veterinary Association (BVA) do not support compulsory scanning, it does think the database system must change. BVA President Daniella dos Santos commented:

The microchip system as a whole is not fit for purpose. There are so many holes and gaps. And anybody can start up another database and there isn’t enough regulations. It is very complicated and it is a broken system.

Compulsory microchipping certainly has the potential to improve the identification and reunification of missing and stolen pets, but this potential can only be met if the current system is fixed. Optional scanning and competing commercial databases are currently letting down microchipped pets and their responsible owners. With this in mind, compulsory cat chipping presents an excellent opportunity for the government to work towards compulsory scanning by animal professionals and councils, and a single accessible register for cats and dogs.