Curious Kids: how high could I jump on the moon? 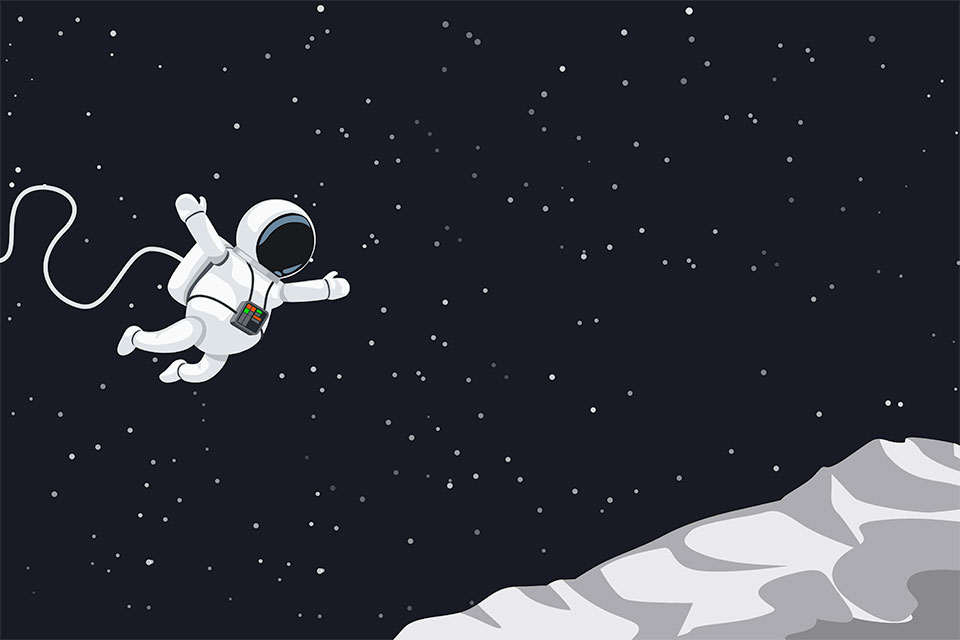 How high could I jump on the moon? – Miles, aged five, London, UK.

If you were lucky enough to go to the moon, you’d be able to jump six times as high there as you can here on Earth. Try it: jump up and imagine you’re on the moon. Six times further up you’d go (better not look down).

How does that work? Well, it’s all to do with gravity, that mysterious force that pulls you down when you jump up, and makes sure the people living on the other side of the Earth don’t just fall off.

Read more: Curious Kids: how does gravity pull things down to Earth?

Gravity doesn’t stick you to the ground like glue, or pull you back to earth like an elastic band. What you’re actually feeling is space changing shape. You can do an experiment to show how it works. You need a towel, an apple or an orange, a pea and four friends.

Curious Kids is a series by The Conversation, which gives children the chance to have their questions about the world answered by experts. If you have a question you’d like an expert to answer, send it to curiouskids@theconversation.com. We won’t be able to answer every question, but we’ll do our very best.

Anything with mass changes space in this way. You do, too – just a tiny amount. Perhaps it’s not surprising, then, that the moon orbits around the Earth, since our planet is so much bigger.

But wait – it’s not just size that matters, mass does too. The moon is just over a quarter of the size of the Earth. But if it had the same mass, then the moon’s gravity would be about 14 times stronger than Earth’s and you’d hardly be able to jump at all.

If that same mass was squeezed down to the size of a village, it’d become a black hole, and we’d all be sucked into it.

But the moon is made of similar stuff as the outer bits of the Earth, which are less dense and float on top of the heavier core in the middle, like oil floats on top of water.

Read more: Curious Kids: what would happen if the Earth's core went cold?

This means the moon actually has 80 times less mass than Earth. So, the gravity on the moon is (80 divided by 14) six times as weak. And that’s what makes it so easy (and fun) to hop around on – just like the Apollo astronauts used to do.

But beware: when you come down after your record-breaking jump, the landing will feel just as hard as it does on Earth.

Although you can jump very high on the moon, you’ll be happy to know that there’s no need to worry about jumping all the way off into space. In fact, you’d need to be going very fast – more than 2 kilometres per second – to escape from the moon’s surface.

The fastest jumping human being ever was Javier Sotomayor, who reached a speed of 7 metres per second, and a height of 2.45 metres (he was nearly 2 metres tall already).

What about fleas? They would be able to jump well into space, surely? Nope. They can’t even reach the same speed as humans when they jump. That’s why a flea on Earth couldn’t jump 2.45 metres high. They do jump many more times their own height, of course – but then, they are really tiny.

People would love to go back to the moon. If they get serious about it, it will happen. Wouldn’t you love to be one of them?

Children can have their own questions answered by experts – just send them in to Curious Kids, along with the child’s first name, age and town or city. You can: