Blog | Something borrowed, something new, for the old firm 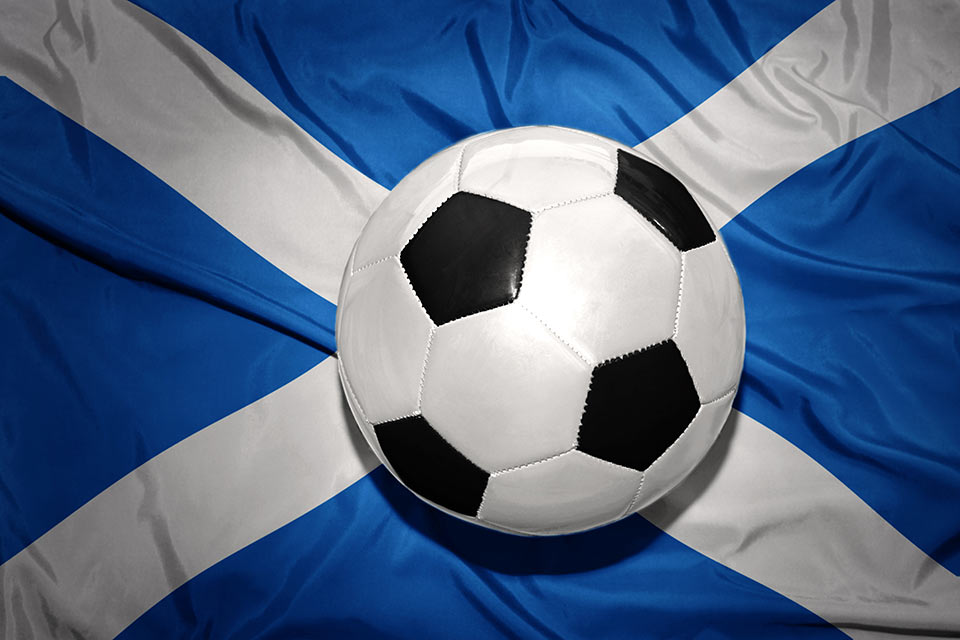 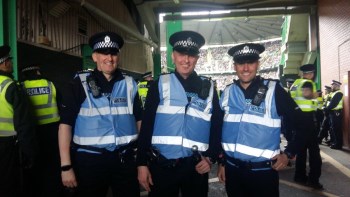 A few weeks ago, in late April Celtic took their seventh Scottish Premiership title with a 5 - 0 victory over Rangers. A remarkable and historic achievement at Celtic Park with a hair raising electric atmosphere and capacity crowd. Off the pitch something else also remarkable happened and it might, just might, change the face of football policing in Scotland.

In a historic first, Police Scotland deployed Police Liaison Officers (PLO’s) into their football policing operation in a drive toward better engagement with fans. They chose to do so at their most iconic and highest ‘risk’ fixture and one which could (and subsequently did) decide the title race. Trying something new, especially in public order/safety policing, isn’t for the faint hearted its always a risk for the police, but especially at such a high profile Old Firm Derby.

However, Police Scotland took the decision to innovate because the evidence for liaison and relationship building between fans and the police is now compelling and because, with the right leadership, applying evidence to operational practice is entirely achievable and can actually be done in quick time. This then wasn’t just a story about football it was also the story of evidence to practice in less than 3 months. In police terms this is beyond light speed!

In February 2018, one of Police Scotland’s senior and most experienced football commanders took part in the #EnableUK research methodology at the Sunderland v Middlesbrough fixture. He joined police colleagues from West Yorkshire, Durham, and Devon and Cornwall forces as the guests of Northumbria Police. Our Scottish colleague was in his jeans and coat, out and about on a freezing cold day, critically evaluating first-hand how the policing operation unfolded, observing the interchange between fans and the police. It’s a methodology I’ve blogged about before called Participant Action Research and its invaluable for police commanders to see how other forces police the fan – police dynamic and more valuable to do so in the footsteps of the fans.

Having experienced the operation in this way, and taken confidence in the research methods, our colleague invited officers from other police forces - including South Wales, West Yorkshire and the United Kingdom Football Policing Unit - and academics from KPAC and the N8 Policing Research Partnership to the Old Firm Derby at Ibrox on 11th March 2018. At the end of that fixture the #EnableUK team spent over an hour with our Scottish colleague feeding back our observations on the policing of the fixture and making some recommendations about the legal framework and potential for the use of a Liaison officers. On the basis of this evidence Police Scotland decided to test the tactic.

Just over a month later and the #EnableUk team were back in Scotland, this time outside Celtic Park to evaluate the use of Police Liaison Officers in the streets around the Old Firm Derby. From recommendation to implementation in no time at all. In this proof of concept trial 7 PLO’s were deployed with both sets of fans and we saw their interaction at close quarters. The sky-blue tabard is important, lots of people hadn’t seen them before and wanted to know what it was about, that got a conversation going without any effort at all. The match passed off with only a handful of arrests and no major issues.

We debriefed the day with some of the PLO’s themselves and later, in greater detail, with the Silver Commander for the match. There were lots of benefits and more to do to maximise the effectiveness of this approach but we all agreed there is the basis here to move forward with it in Scotland. Once again, it’s important for us to stress that this is an additional tactical option, designed to support more effective liaison with fans. It is in no way an attempt to replace the role of ‘spotters’, an argument that many who oppose these kinds of evidence led innovations often incorrectly assert. Police Liaison Officers will actually add, not remove, police tactical options in the context of football.

If Police Scotland can, at least try the concept, at a match like a title deciding Old Firm Derby then surely other police forces can take just a little confidence that the world doesn’t end when we try something new in public order/safety policing. We’ve now completed our series of observations for the first stages of #ENABLEUK and are busy planning our next seminar in July where we hope to see other forces, keen to innovate, joining us for a workshop considering the evidence we have obtained and exploring new ways to take reforms forward.