Blog | Is evidence-based reform close to the 'tipping point'? 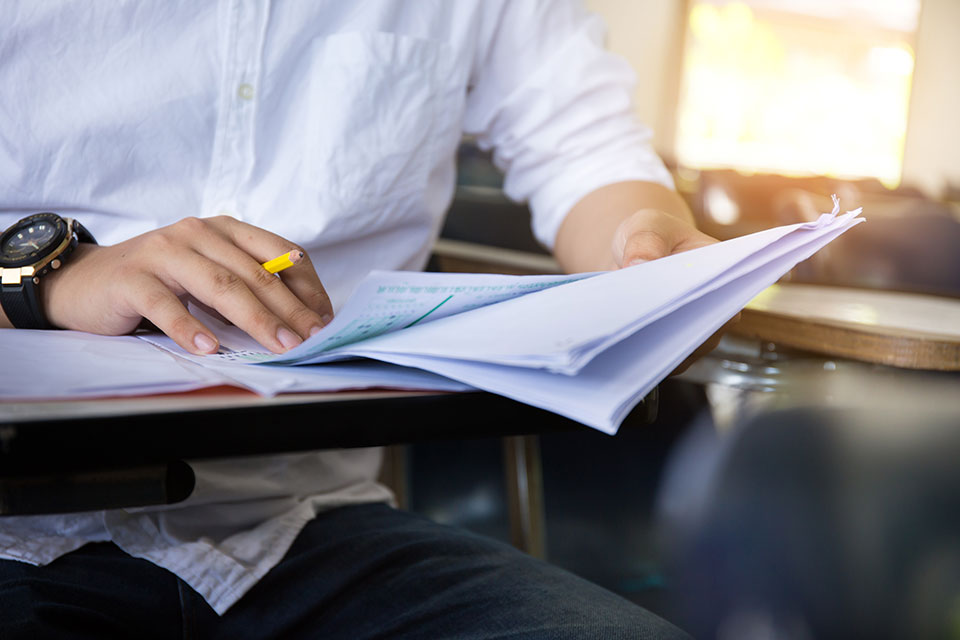 Written by Chief Superintendent Owen West of West Yorkshire Police reflects on his recent lecture to Keele undergraduates regarding some of the barriers and opportunities ahead of the police service in its drive to implement ‘evidence-based’ policing.  Owen is a Public Safety Silver Commander and a Research Fellow of KPAC (@Keelepolicing).

Recently I was asked to give a lecture on Applied Psychology to 2nd year students at Keele University, the topic being how academic research shapes reform in police operational practice.  That got me thinking about how to break the news to young and enquiring minds that the process, in policing at least, is far from axiomatic.  This is what I came up with.

Lamentably, history tells us that all too often police reform follows tragedy or some sort of high profile scandal.  In my own field of Public Order practice and research there is perhaps no clearer example of this than the death of Mr Ian Tomlinson during the G20 protests of 2009 in London.  Years before that tragedy, academic research was available, tested and peer reviewed, that spoke of the potency of the police using deescalating techniques based on ‘graded tactics’ of dialogue and strategies of facilitation.  It took the death of Mr Tomlinson, a national outcry and the intervention of HMIC, to ultimately operationalise the science and implications of the Human Rights Act (1998) in the form of Protest Liaison Officers (Gorringe, Stott & Rosie, 2012).  Tragically there is no shortage of other examples were death or critical incident has been the precursor to operational reform.

Why does innovation flow from tragedy rather than from science and theory allowing for innovation to prevent it?  Well perhaps that denizen of police and policing research, Professor David Waddington, provides an element of an answer when he speaks of ‘In the Job Trouble’ and ‘On the Job Trouble’.  The notion that the least of a police commander’s worries is that which happens operationally on the day-to-day rather than the ‘In the Job’ criticism, scrutiny, and career damage that flows from it when things go wrong.  There is little salvation for a POPS commander who ‘failed to get a grip’.  In other words, better to stick with orthodoxy and think conventionally than risk the potential isolation and potential career suicide of trying something new, especially on the say so of academics.  Again there is no shortage of evidence, not least in public order policing, that this accountability dynamic is a tangible and stubborn barrier to be overcome.

The politics of knowledge

One ‘treatment’ (pun intended) for this research phobia is the rise of Evidence-Based Policing (EBP) in recent years.  It’s a simple concept.  Decisions should be made and public money spent on the basis of what is proven, or evidenced, to work.  Few could argue with that and a small industry (academic and commercial) has established itself to sell the ‘product’.  The emerging EBP brand is strong and politically well-connected but the contemporary debate is now about what qualifies as ‘evidence’.

Torch bearers for EBP look to medicine for the answer.  Here a ‘treatment’ or ‘dosage’ of treatment cannot be accepted as evidenced unless it has withstood the most rigorous scientific testing and validation through the ‘Gold Standard’ of the Random Controlled Trial.  As I have argued previously, policing isn’t medicine and requiring policing to adopt the methodologies of clinical research sets the bar so high as to be unachievable in a flexible highly dynamic operational context.

Enter now the Knowledge-Based Policing (KBP) advocates, which as I also highlighted in a previous article, is a different form of research framework for informing and influencing operational practice.  KBP is an approach that gives a priority to involving practitioners as researchers and gives a priority to improving practice as part of the process of organisational change.  It’s flexible and is designed to be a partnership of equals between academic and police practitioners but in essence isn’t really that different from EBP.  Whichever camp you’re drawn to, it is the case that the absence of one settled or ‘approved’ (cops love certainty and approval) vehicle from which to innovate isn’t helping the service get as upstream of scandal and tragedy as much as it might like to be.

I remember reading Michael Lipsky’s book on ‘Street Level Bureaucracy’ years ago.  Amongst many other things, the book reminds us that, no matter what the original intent of a strategic change proposed by the top of the organisation, it will be interpreted and implemented in a different way from that originally envisaged once those on the ‘front line’ come to make it a reality on the streets.

That’s not a criticism of front line cops - for me it simply reflects that not enough investment is ever made in those officers and staff at the ‘coal face’, those on earlies, lates and nights that are expected to enact change as ‘another innovation’ designed from the relative luxury of Headquarters.  Lipsky wrote about this in his book in 1980!  In other words, if we want to promote reform, our investment and trust should also be with front-line actors.  They are closest to the public and any proposed reforms exist for the benefit of the public after all.  My view is that the service has always struggled with this problem of navigating the nuances of this street level establishment.  It is a vital and too often overlooked constituency.

Fear of reform, or rather fear of trying it and being criticised, might be another factor governing why senior officers are often not too keen on handing over power and accountability to the front-line.  But perhaps most importantly is the fact that EBP, until relatively recently, appears to me at least to have been rather elitist – lots of Chief Constables and other senior officers, me included, have been through the EBP programme, but not many front-line cops make the grade.  Is this also perhaps contributing to why EBP is still to reach ‘tipping point’?

So what did I tell the students we could do about it?

On the subject of the front-line delivery of change, I’m optimistic.

In a debate over spit hoods, we see the service, those on the front line and those actually being spat at, finding expression in social media and elsewhere.  They are vocal, generally balanced and clearly ready to engage.  In my own force, in a debate over tattoo policy, we saw articulate, thoughtful and challenging views expressed by professionals seeking to reclaim their right to a non-politicised voice on the future of their own profession.

In these debates and others I sense a slow but definite shift in the balance of ‘power’ within the service.  Whether it be through organisational fairness strategies, better internal engagement or, more likely, because today’s front-line reflect a more demanding, higher expectation demographic than when I first joined.  A scroll though social media will quickly illustrate the point that there are far more contributing front-line correspondents than there are senior officer commentaries.  Our front-line has the motivation to take the initiative and shape the look and feel of our service more than ever before.

So it’s time now to invest in and trust our front-line Bobbies and staff in the design and delivery of change from the ground up.  No one understands the real issues as they do.  They have never been better equipped to do so than now.  The way to support them, in my view, is to offer learning and research opportunities in a more equally accessible and egalitarian way and to make partnership with academia as simple and engaging as possible.  To ‘research as you go’ or, put another way, to learn and apply empirical research techniques in the day job.  No random control trials (until we are mature enough as a service to implement them properly) or statistical analysis, just thinking critically about how things happen, why, and how best to change or improve as we go, then writing about it.  It really isn’t rocket science.

Lastly, and this is the police equivalent of putting a rocket into space, the service must develop more of an appetite for innovation and risk.  I often hear talk of shifting from a culture of blame to one of organisational learning - it’s still mostly just talk.  There is, I think, a moral obligation to innovate, to try new things, either through ‘evidence’ or ‘knowledge’ in order to bring greater legitimacy to our service.  As my old Chief Super used to say, it’s always better to explain why you did something than explain why you didn’t even try.  Too often history has borne witness to what happens when policing knows best.  To reverse this, our collective leadership might reflect that, in some areas, risk aversion is actually creating risk for the service in future years.