Blog | What are the Police waiting for? 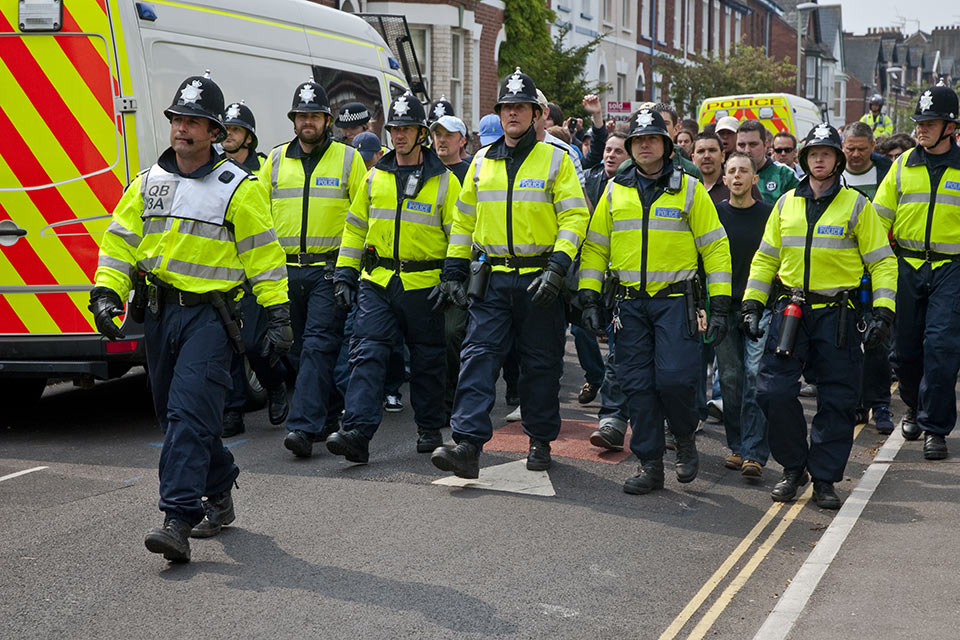 Last week, in the splendour of Keele University ‘Old Library’, police commanders and academics gathered to discuss theoretical and operational advances in Public Safety policing.  The role of state (i.e. the police in the lives of its citizens) soon emerged as a key theme, unsurprisingly given the rise of public protest across western democracies in recent times.

Our international audience needed no prompting to arrive at a consensus that consent-based approaches that protect the rights and dignity of the citizen, whether mandated through the rights of the US Constitution or the European Convention on Human Rights, were inviolate if the police were to retain any claim to legitimacy and to remain effective in their approaches to crowd management.

For the British Police, in recent years, the term ‘Peelian’ has emerged as short hand for this consent and human rights-based approach.  It is intended to convey the notion of legitimacy through a relationship in which ‘the public are the police and the police are the public’, as Sir Robert Peel said in 1829 at the birth of what is now often referred to as the British Policing Model.  ‘Peelian Policing’ has never really gone away but it has certainly been tested throughout the years as the police responded to the economic, societal and technological changes that characterise our modern world.  For protest policing, in the UK at least, perhaps the most important test in recent times has been the death of Mr Ian Tomlinson during the G20 protests of 2009 in London.

What followed, beside a fall in public confidence, was a reaffirmation of the ‘Peelian’ model for policing protest through Her Majesty’s Inspectorate of Policing (HMIC).  Its landmark report, ‘Adapting to Protest – Nurturing the British Model of Policing’ (2009), made clear that the ‘Peelian’ covenant between the protestor was being challenged in the context of policing protests and the ‘British Model’ needed to be at the heart of the strategic and tactical response to protests in the 21st Century.  In order to achieve this the police had to protect and facilitate the freedoms of assembly, association and expression of citizens as enshrined through the Human Rights Act 1998.  Moreover, HMIC’s report contained the latest theoretical developments in crowd psychology, and social identity.

Chapter four makes for fascinating reading.  Preconceptions, biases and frankly prejudices that crowds are somehow ‘mad, bad and dangerous to know’, or a mindless mob hell bent on uncontrolled violence, simply don’t stack up with what science now knows about the crowd.  The evidence, for the police insist on ‘evidence’, is voluminous, compelling, makes total sense and just happens to accord with ‘Peelian Principles’.  Subsequently, since 2009, the policing of protest crowds has been based on Human Rights law, dialogue, facilitation and cooperation.  These principles are now, in that oft used phrase, ‘embedded’ in protest policing across the UK.

But what of other crowds?  Isn’t one crowd very similar to another?  Isn’t a coming together of like-minded people, for whatever purpose, a freedom of assembly, association, and of expression?  According to ECHR law, and therefore under the Human Rights Act (1998) UK domestic law, they are indeed indistinguishable from protest because human rights are universal and therefore applicable across all contexts.  The Countryside Alliance may have lost their bid to overturn Tony Blair’s ban on foxhunting in 2011, but their case in The Hague did make this universal application of rights clear in the court’s judgement.  In other words, rights of assembly, consciousness and expression are not confined merely to ‘political’ issues.

In the case of football surely this is demonstrably clear?  Like-minded people gathering, almost ritualistically, every Saturday chanting or singing for their team, united in team colours, flags and scarves.  Surely an obvious manifestation of assembly, association and expression.  Here then is the test for the police and the reason for our international gathering in Keele.  Once again the various participants made clear that there is overwhelming evidence that consent-based policing works in football.  Indeed, it’s been available for decades and is actually the evidential basis for the key HMICs recommendations.  But as in the case of protest policing, the police are slow to respond.  At Keele, however, we heard from those pioneering new approaches in the domestic context both in the UK and in Sweden that do embrace the dialogue-led approaches we now know to be so successful in protest policing.

There are prospects for success and implementation issues to overcome, chiefly that of a police culture that perpetuates the ‘mad mob’ pathology of crowds, and fear that ceding some control can only result in recriminations and condemnation by the ‘commentariat’.  Perhaps because of that fear of criticism, and many other things, it took the death of Mr Tomlinson for policing to embrace the ‘evidence’ that protest policing can be done differently.  Evidence, and the business of the police is surely evidence, is available now for a change in approach to the policing of football.  Let us just hope that as a service keen to embrace an evidence-led approach that we do so before something tragic happens once again.  Given that the theory, evidence and policy are already in place, the question that echoed around that fine ‘Old Library’ at Keele University was actually “what are the police waiting for?”