Blog | The politics of policing - hail to the chiefs 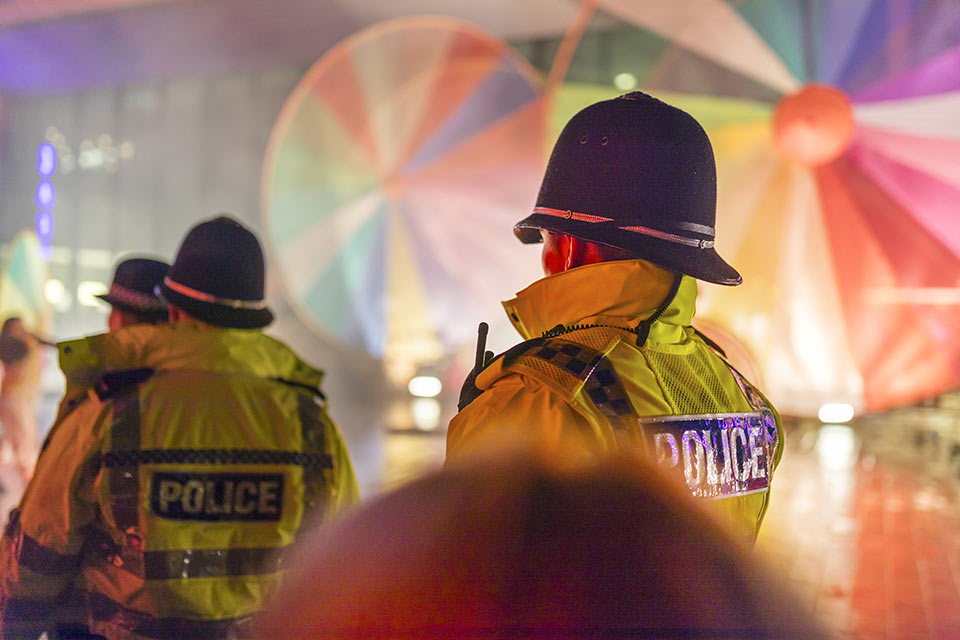 Even by today’s standards, these have been extraordinary times for Policing.  The operational challenges have been well documented, not least through the rolling news channels and their commentarial of retired officers and other so called police ‘experts’.  But looking beyond the breaking news and cordons, another extraordinary thing happened just in the wake of the election.  Chief Constables took to the airwaves to very publicly call out the damage that budget cuts have done to the service.  With an array of Chiefs speaking in such stark terms, at the same time, is truly extraordinary and completely unprecedented.  This alone tells you how just how damaged the service is right now.

It’s extraordinary because we’ve always been told to stay out of politics, to be apolitical and let the politicians fight it out.  Control of the narrative has always been important in policing; when we have had low numbers of officers in the past or rapidly rising crime we were told, instructed in fact, that we couldn’t tell the public about it  because that might increase the fear of crime.  We knew it was management speak, and untrue, but generally in my experience the rule held.

Better to pretend all was well and still ‘Dixonian’, never reveal how few of our colleagues were actually working that night in the area.  Any admittance that we were stretched was frowned upon.  In my early days, only the older service lags used to level with the complainant, usually starting with “we’re not supposed to tell you this but…” – ridiculously, it always felt wrong to break with the party line, the phoney narrative, and actually say it like it is.  To do so felt like disloyalty to the service, to the bosses who were so preoccupied to maintain a party line.

It was as ridiculous then as it is now.  But back then we, or the bosses at least, were fearful of getting into any open discussion about resources, budgets and officer numbers.  Consequently, false and entirely unconvincing messages were conveyed to the public and collectively, I think, the credibility of the service was diminished.  Until relatively recently this has broadly been the case.  Positive overly-optimistic narratives about neighbourhood policing, specialist capabilities, volunteers, new technology - in fact anything to divert from talking about the health and condition of the core policing mission.  And each time, if you care about policing, a little of the professional in you dies when trotting out the lines to give the key messages - “reassurance.”

Acquiescing to the politics of the day, whatever the party colour, it seems to me hasn’t been to the benefit of the service.  I worked for a Chief Constable once and saw the hoops jumped through to sign up to the ‘Policing Pledge’ – literally publically to sign a large printed pledge alongside politicians for the cameras and the local teatime news.  Who remembers the Policing Pledge now?  It came and went with the government of the day.  Millions spent around the country on billboards, posters and mugs.  More promises to the public.  We weren’t happy about it.  We didn’t say anything.  The OBTJ (Offenders Brought to Justice) initiative also sounded great to begin with but we soon realised it was to be a numbers game.  The sole aim being to drive up the number of charges and summons.  Less discretion, fewer issues dealt with by practical ‘bobbying’, criminalising the seemingly trivial.  Again, we didn’t say anything.  Go further back and recall the Street Crime Initiative, where success (and success was funded) in the eyes of government then was a high number of stop -searches, the volume of arrests, zero tolerance and an unrelenting focus on young people.  It wasn’t sustainable, it damaged community relations, it was policing by manifesto.  It was more politicisation of policing.  Again, we didn’t say anything.

So I’m delighted that Chiefs have now found their voice.  The operational, independent, non-political voice to speak out on behalf of the profession - the front-line.  I say this not in a careerist crawling sort of way, but in an ‘about bloody time’ way.  For too long now, in my personal view, the service has maintained a resigned silence in the face of political expediency.  Remaining silent in a service that is so critical to safety and human life isn’t acceptable in health or aviation.  Here there is a requirement to challenge, to speak truth unto power as the saying goes.  Of course this is also true in policing.  It is literally the stuff of life and death if we can’t resource or we’re late to a domestic assault, or can’t get to the person experiencing a mental health crisis until it’s too late.  Not to mention what happens when our own back up arrives too late or just isn’t there at all.  We too have a Hippocratic Oath.  It’s called the Code of Ethics and it requires the Chiefs to do what they have done now.  They are to be commended.

‘Plebgate’ tells us there is risk in political dabbling.  Never again should anyone one of us go that far, that partisan.  I know the Chiefs won’t do this - they will stick to the facts not the polemic, but there is still a risk in speaking out ‘Crying Wolf’ as some might say.  Perhaps not in this moment but, over time, imperceptibly and silently there may be less favour and kudos or a gradual weakening of the NPCC.  Whatever the price to be paid for speaking out it is undoubtedly worth it.  Chiefs can look the front-line in the eye and now, once said, perhaps this genie cannot be put back in the bottle again.  For this is our profession, for those that think as I do, our vocation also.  We swear an oath to the Crown and therefore to fellow citizens, rights and communities we serve, not to any political party or ideology.  Remember Lady Justice is always and purposefully depicted as blindfolded in order to exercise justice without regard to social station, wealth poverty or power, to be entirely objective.

That independence, blind to any party colour, gives us the legitimacy to exercise the powers we hold on behalf of society.  When the ability to fulfil our duty to the public is put at risk by budget cuts or politicisation, it is the duty of Chiefs, I argue, to speak out.  At last they have and this is to be welcomed.