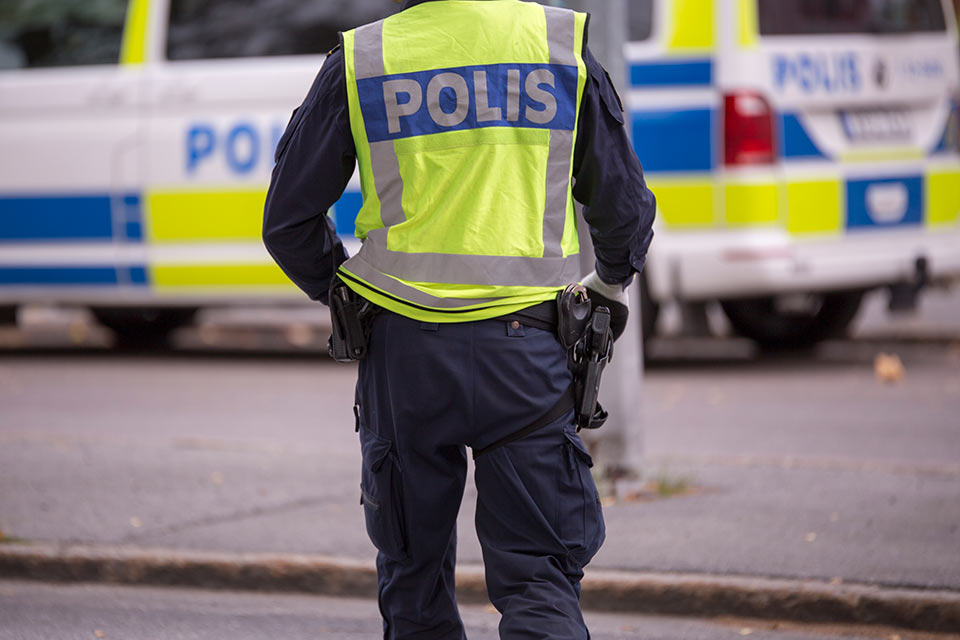 Chief Superintendent Owen West of West Yorkshire Police reflects on the work of the Keele-based research project ‘ENABLE' – a multi-stakeholder research partnership aiming to develop good practice in the safety and security challenges facing professional football in Sweden.  Owen is a Public Safety Silver Commander and a Research Fellow of KPAC (@Keelepolicing).

Arriving in Sweden less than 24 hours after the Stockholm terrorism attack and two days before the funeral of PC Keith Palmer at home, the purpose of the work of the ENABLE project could not have been clearer or timelier.  For this was a time of community solidarity and expressive support for the police in both countries – a palpable sense of communities, in Sweden and in the UK, policed by consent, and despite the shortcomings and failures, still respected by a majority.

The Police in Sweden, like the UK, need this support perhaps more than ever.  For in our host city of Gothenburg, where flowers were also being placed on police vehicles, officers in the outer suburbs of the region were being attacked with petrol bombs and rocks in two separate incidents.  Ongoing community tension and disorder, and the security challenges following the Stockholm incident, make for a policing environment that is complex and resource intensive.  Instantly recognisable to most British coppers.

Yet significant police resources are being drawn away from the very communities experiencing disorder in order to police football matches throughout Sweden.  Indeed, on our last research observation (IF Elfsborg V AIK at the Boras Arena in the Western Region), several of the 150 officers deployed in this match were immediately deployed back to those communities straight after the game.  The thin blue line stretched again and very long tours of duty for Swedish colleagues.

Our colleagues in Sweden, and their partners, are taking bold and commendable steps to look afresh at football policing and relationships with supporters.  The catalyst is a genuine strategic intention to work in a partnership that, over time, may reduce conflict and perhaps reduce the need to police matches on the scale we saw at Elfsborg V AIK.  Lamentably, but as is often the case, it took a major incident and public outcry to underline the imperative where, in 2014, a fan died in football-related violence in Helsingborg.  Consequently, a three-year national strategy was introduced and brought to life largely through the ‘ENABLE’ project.

‘ENABLE’ unites fans, stadia security and safety stakeholders, the Swedish Police, academics from Sweden, Denmark and the UK together in research partnership examining what happens during football policing operations, why, and how things might change for the better.  Data is drawn from a range of sources and from the direct field observation of ‘ENABLE’ participants.  Each event is then debriefed in real detail where, as I saw for myself, critical challenge and frank dialogue is constructive and genuinely well received.  It all makes for a corpus of evidence, taken across many fixtures of differing risk, in different cities and police approaches.  The importance of dialogue as the primary tactic is fundamental and entirely consistent with theoretical models of crowd psychology known to social science for decades now.

To achieve this, the Swedish police have developed the concept of ‘Event Police’ as part of a graded response to their football policing operations.  Like Police Liaison Teams in the UK, Event Police officers engage fans including high-risk, or ‘Ultra’, fan groups in dialogue during all phases of the match.  We observed Event Police in bars, railway stations, and takeaways; in fact where there was a sizeable group of fans the Event Police would engage them in order to create a welcoming environment and proactively construct perceptions of police legitimacy.

Swedish football, both in terms of policing and the industry itself, is trying to make a shift from coercion and control towards a family-friendly local experience.  Some will characterise this approach as ‘pink and fluffy’ but, as I observed first hand, being completely outnumbered but still engaging and working with heavily intoxicated Djurgarden ‘Ultras’ on a rammed specially-arranged football tram is not for the faint-hearted.  These officers deserve respect and admiration.  There are signs they’re beginning to earn it from this approach.

150 or so officers were deployed to Elfsborg v AIK in the small town of Boras - 19 of them were Event Police, the rest ‘DELTA’ or PSU officers.  From what I saw, the Event Police were the hardest working on the day.  They engaged and remained with AIK visiting fans throughout, establishing rapport and setting a scene that was to be welcoming, proportionate and legitimate.  AIK fans took to it, and when we spoke with them we were also welcomed, warmly, and they welcomed both the approach of the police and the fact that observers from the UK and Denmark were there to learn from it.

When it was time to make their way to the Boras Arena, Event Police simply carried on their conversations with ‘Ultras’ whilst walking down to the ground.  There was no disorder and no arrests at this fixture.  In fact nothing much happened at all other than selfies between fans and ‘Event’ cops.  At the debrief the next day there was consensus that the 131 DELTAs would have been better deployed in those areas of community tension as, as was said earlier, many of them had to return there after the match anyway.

We observed similar interactions between Event Police and Djurgarden fans during the BK Hacken vs Djurgarden IF match at the Bravida arena the day before.  Again no arrests and no disorder.  It’s simple, Event Police are undoubtedly effective (in my view) and can only enhance the legitimacy of the police.  Better still, the approach is scientifically-grounded in established theory.  In other words, it is evidence-based.  In the long term it may also result in officers being on their local beats rather than sitting in PSU vans on standby at football matches.

The Swedish police are a very highly professional and skilled public service.  Perhaps most impressive though is their willingness to look in the mirror and take bold steps towards changing their own approach to football policing through partnership with ENABLE.  It’s not easy or comfortable.  They take courage from the fact that Event Police are theory-led and scientifically underpinned by principles to reduce conflict drawn from the same theortical model that underpins UK POPS policing – namely the Elaborated Social Identity Model of crowds.   When Event Police are used in a graded tactical approach, Swedish Commanders have more options available before resorting to coercion and the use of force.  Their capacity to de-escalate conflict and manage the dynamics of crowds is apparent.  Surely we must at least consider how we might do the same in the UK context?

If we have the courage, and frankly the leadership, there is much UK policing can learn from our Swedish colleagues, indeed it was a lesson for me to go there.  The question that occupied my mind on the plane home, and for a while now, is how best to do so?  Perhaps the Event Police is a model we could explore.  I have piloted the use of Liaison Officers in football in West Yorkshire (see Stott, West and Radburn, 2016) and colleagues in West Midlands are piloting the deployment of liaison officers at West Brom home games this season.  But, in my view, initiatives such as these are happening despite a lack of strategic commitment to change rather than because of it, and I think that is one of the clearest distinctions between football policing here and in Sweden.

The policing context in Sweden is instantly recognisable to any British bobby.  We are not unique.  If our colleagues and their partners in Sweden can innovate like this surely we can at least give it a go ourselves.

For more details on the Swedish innovations in football policing, see www.enable-research.org.