Bookbench is the perfect spot for creative writing workshop 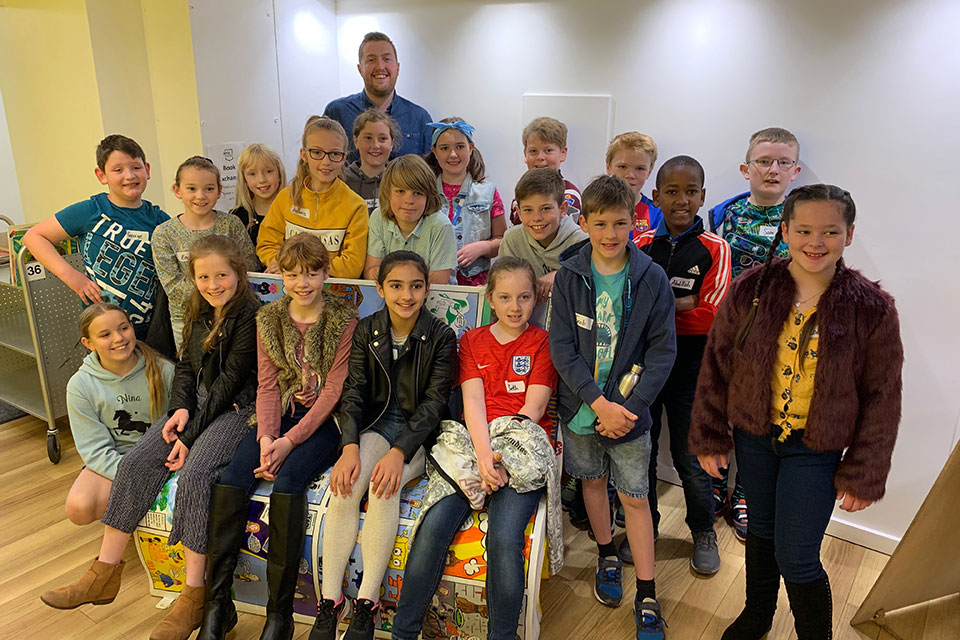 The children drew inspiration from the Keele Bookbench, which was funded by the Keele Institute for Innovation and Teaching Excellence (KIITE) and was on display at Keele as part of the National Literacy Trust Bookbench trail, which launched in April. Following the creative writing workshop, the Bookbench has now moved to its permanent home at St John’s School.

The children, aged between 9-11, took part in a variety of activities, including storyboards, character portraits, collaborative writing in groups, and poetry inspired by the Bookbench.

Stephen Seabridge, who is a PhD candidate and creative writing teacher at Keele, was named the city of Stoke-on-Trent’s first Poet Laureate in 2018.

“We were so pleased to have the book bench at Keele University and wanted to give the children a chance to engage with Creative Writing through participating in a hands-on session on campus. It was wonderful to see the diverse and brilliant work they created with Stephen, and we hope that they enjoyed themselves whilst learning some new skills.” 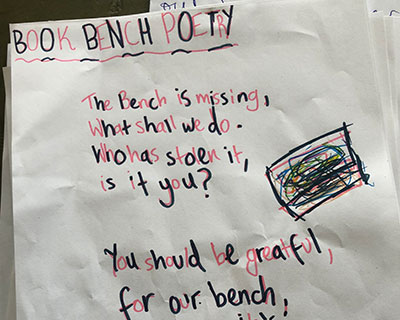 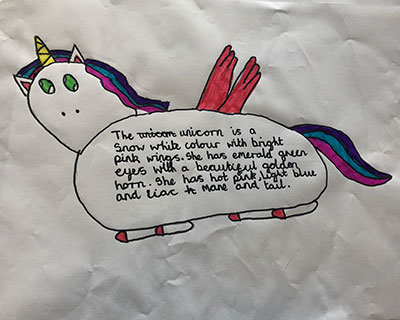 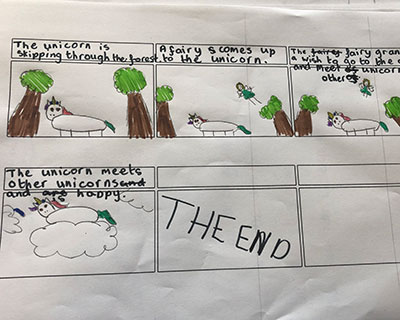