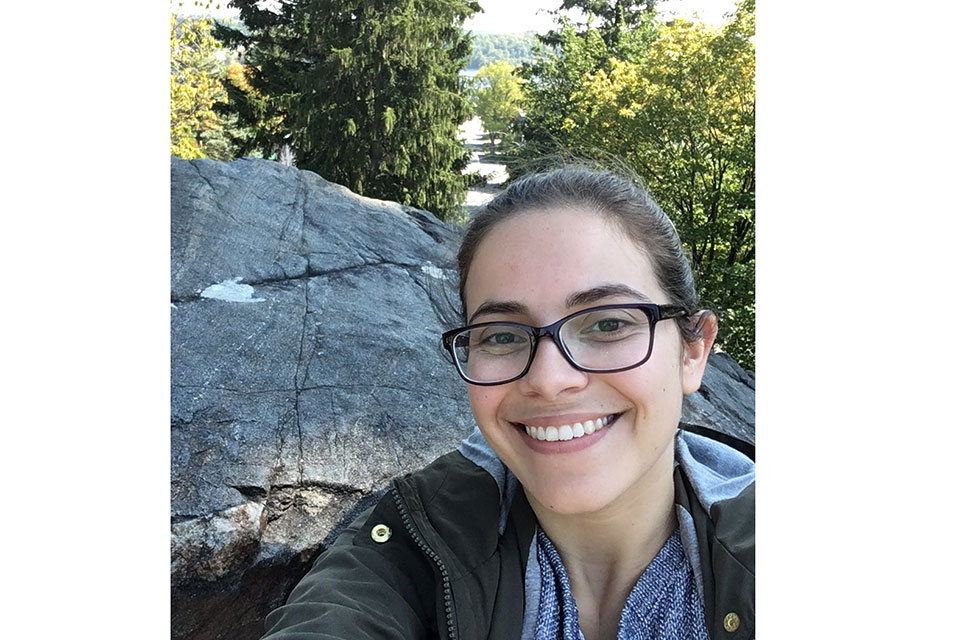 A Keele PhD student has received £42,000 from the Leverhulme Trust to spend two years abroad pursuing her literary career.

Amy Coquaz, whose PhD at Keele is in Creative Writing, will spend two years living and working at Concordia University in Montreal, Canada, and will write a collection of short stories during her time there.

The 27-year-old, who originally hails from Lyon in France, lived and worked in Market Drayton, Shropshire as an au pair before doing her undergraduate degree at Keele as well as her Masters and PhD.

Amy said that the French-English language duality in Montreal inspired her creatively, adding that the collection would also contain interviews with participants, the real stories of Montrealers cohabiting with her fictional work.

Amy said: “Canada is a lovely country and in Montreal in particular, there is a vivid literary life. The city itself is great to explore.

“The French-English duality appealed to me as I saw it as an opportunity to bring the two languages together. I am hoping to have both languages present in some way in the collection, with a focus on the common ground between the two main languages but also an awareness of the other linguistic identities within Montreal.

“The participants in the collection will be people who live in the city and I want to be mindful of not appropriating their stories, although the interviews are bound to guide my writing in some way.”

Amy added that her success in applying for this project came with a great sense of validation for her and her work, saying: “With creative writing, you always doubt whether anyone will want to read your work or be interested in it.”

She added her thanks to Emma Henderson and Ceri Morgan, her PhD supervisors, for all of their support and to James Sheard and all of her postgraduate colleagues in Keele’s Creative Writing department. She also thanked Professor Susan Bruce, Head of the School of Humanities, and the rest of the English department at Keele.

Professor Bruce said: “This is a fantastic achievement on Amy’s part. It is a rare honour to be funded to pursue a literary career abroad, so Amy’s success also says a great deal about the supportive culture we have created here in the School of Humanities.”