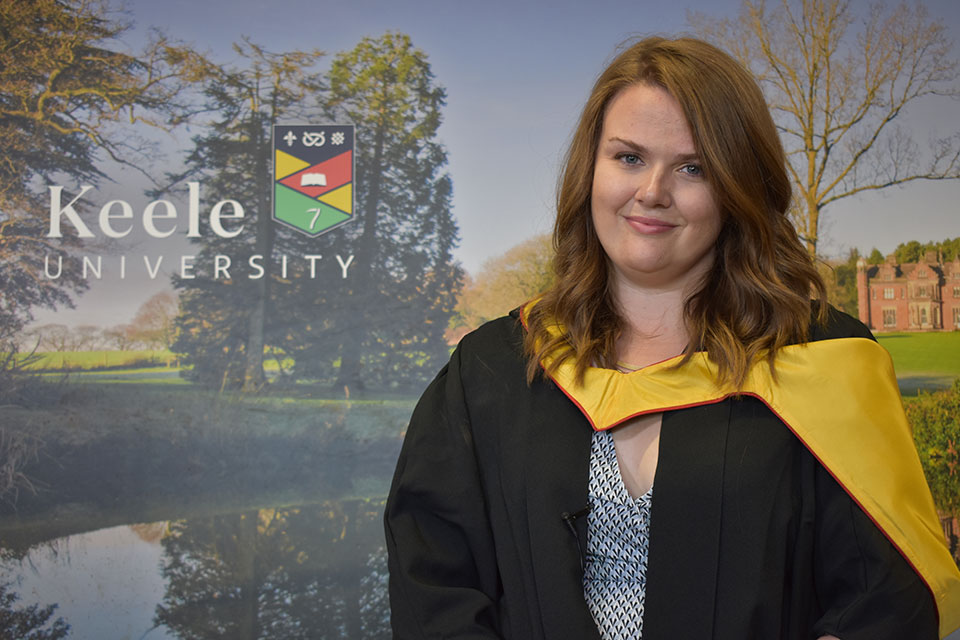 Keele University’s graduation celebrations got off to a flying start this week with the announcement of our Student of the Year 2019.

The winner of the fourteenth Neil and Gina Smith Student of the Year Award has been announced as Alice Gwyn-Jones, who graduates from Keele this week with a degree in medicine and surgery.

Alice was selected to win the £5,000 prize from a strong pool of candidates, with the awards panel judging her to have best fit the criteria of academic excellence coupled with a significant contribution to the life of the University and the wider community.

Alice, who will be starting a new job as a doctor at Queen’s Hospital in Burton in two weeks’ time, said: “It’s absolutely overwhelming and I never imagined that I would get the award at all.”

As well as being a hardworking and academically gifted student, Alice has been an exemplary ambassador for the Keele Medical School, juggling multiple jobs to pay for her tuition while simultaneously taking on numerous extra-curricular responsibilities and activities.

On top of her academic demands Alice has served as Chair of the Keele Trauma Course Society for the past two years, and an active committee member before that. The group organises a one-day national trauma course for medical students, junior doctors and allied health professionals about managing pre-hospital trauma.

She has also been a member of the Keele community first responders for the past four years, a charity that works in the local community to ease pressure on the ambulance service by responding to 999 calls. This has seen her organise and take part in multiple training sessions to teach people basic life support and CPR, including University staff and students, the local parish, and primary school children through the “heart start” scheme.

On top of her commitments outside of her studies, Alice has also been a resident advisor for the past two years living on site and working for Student Services in the evenings, helping to support students who live on campus with a range of issues and providing advice and guidance to them outside office hours.

When asked what advice she had for future Keele students, she added: “Just go for it. I have had five years here and it feels like just yesterday. Make the most of everything.”

The awards panel also extended their congratulations to Alexander Bailey, Rosamund Bridgewater and Dhanesh Mahmood, who were all shortlisted and interviewed as part of the process and were all highly commended.