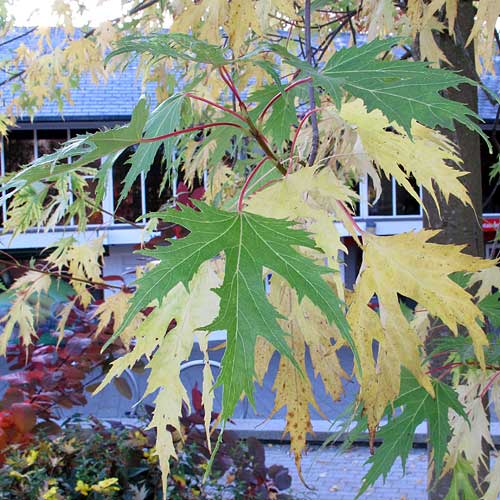 Silver Maple is native to a large part of North America. It is a popular street tree both there and in Europe but because of its rapid growth can quickly outgrow its planting area!  The deeply cut leaves are green above and silvery-grey below turning yellow in the autumn. There are a number of cultivars of which 'Borns Gracious', named after Georg Born a German plantsman in Rosenheim, is one.

Location : Three in front of the shops in Union Square. Planted 2012.