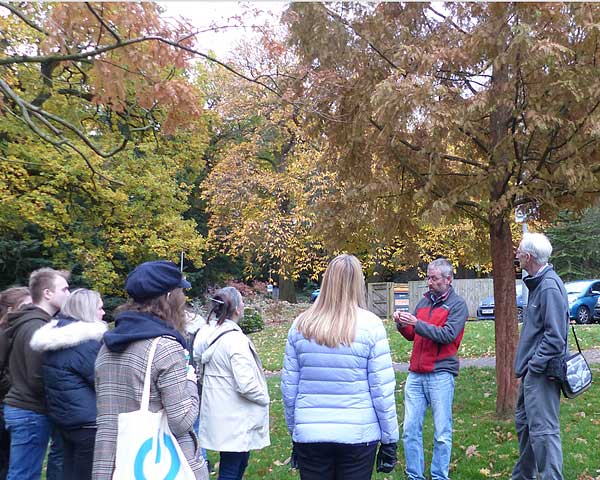 Dave Emley and Peter Thomas led a non-native trees walk around the upper campus and woodlands as part of Keele is Global. They explained that most of the tree species on campus were non-native but that whilst "alien" to the UK, they did enhance biodiversity and variety. They looked especially at the species around Union Square and the Library, some of which were chosen to represent the colours of the Keele crest in autumn.

Dave Emley led a group of 25 members of Crewe and Nantwich U3A around the grounds.

Dave Emley led a group of postgraduates around the grounds 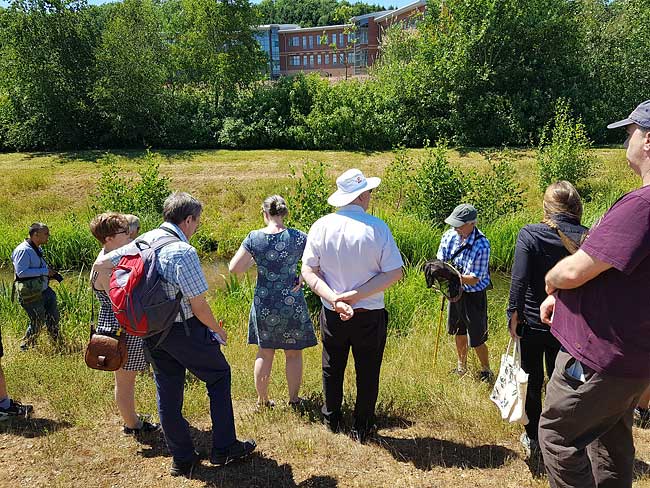 Dave Emley and Jane Barker led a tour of the campus as part of the EAUC conference. The theme was managing the campus for biodiversity. 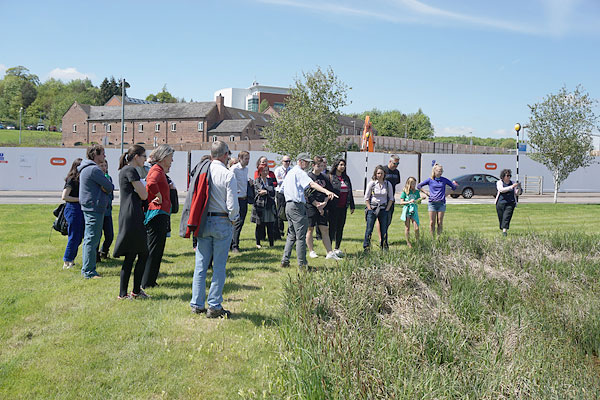 Dave Emley led a wild flower walk around the Observatory and Phase 3. 25 people attended on what was a super day. We found 40 species in flower. It is intended to repeat the walk in the summer to see what has come up since. Photo by Sam Toon. 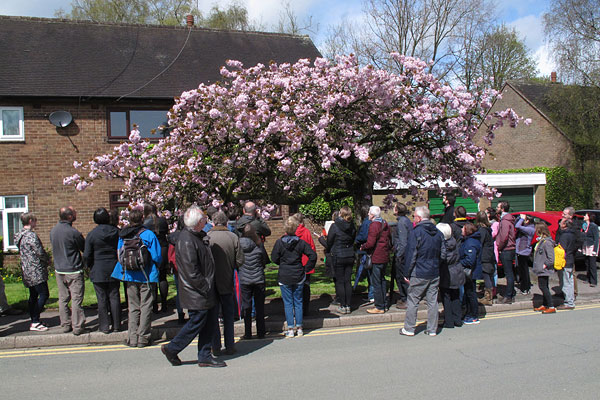 Peter Thomas and Dave Emley led over 40 people (a record) on a tour of the National Cherry Collection. They are seen here looking at Prunus 'Takasago'; a scarce species. 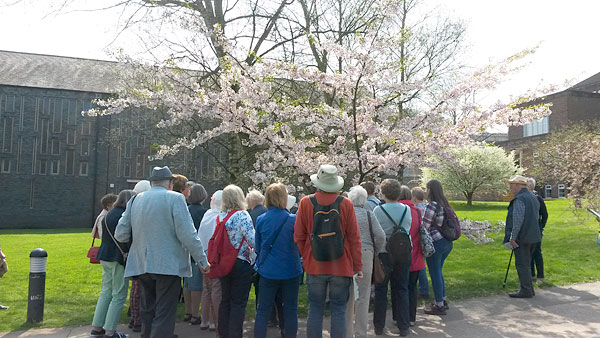 Dave Emley, with Graham Lees, led a group from Stone Chrysanthemum and Dahlia Society on a tour of the National Cherry Collection. Here they are admiring Prunus x yedoensis 'Somei-yoshino' or Tokyo Cherry. Photo by S. Emley. 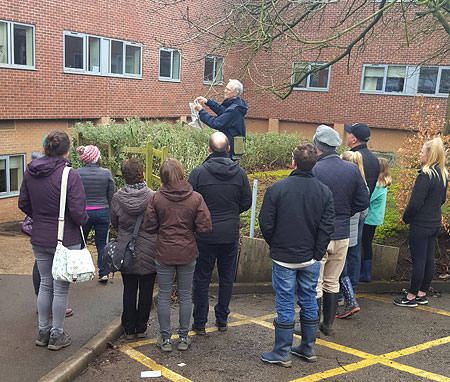 Dave Emley led a walk as part of Green Week. He explained how to identify common trees by looking at their buds and bark. Photo by Sarah Briggs. 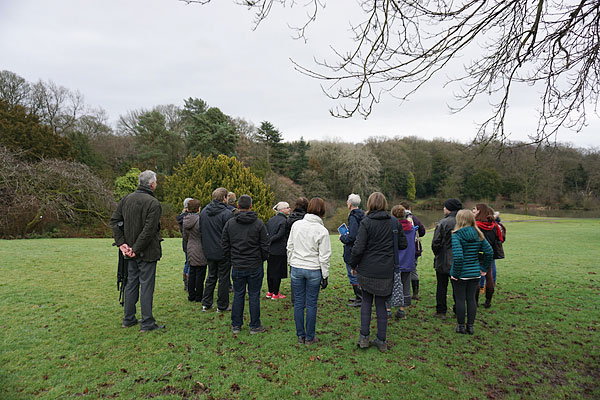 Dave Emley led a bird walk in connection with the forthcoming RSPB Great Garden Birdwatch. We talked about taking part while having a walk around the top three lakes. Apart from a Sparrowhawk, Siskin and some Moorhens we say few birds. However, all enjoyed it. Thanks to Sam Toon for photo.