Dave Emley led a group of SPIRE staff and postgraduates on a pre-Christmas walk around the lakes and Keele Hall. It was followed by refreshments in the Sneyd Room. Photo by Liu Zhe. 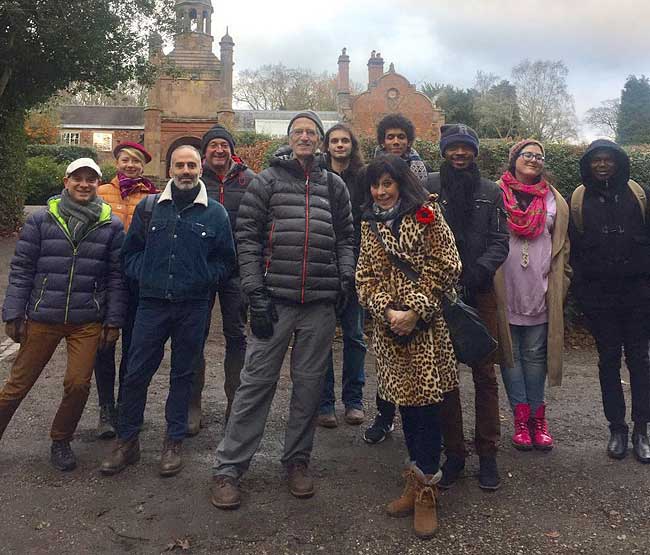 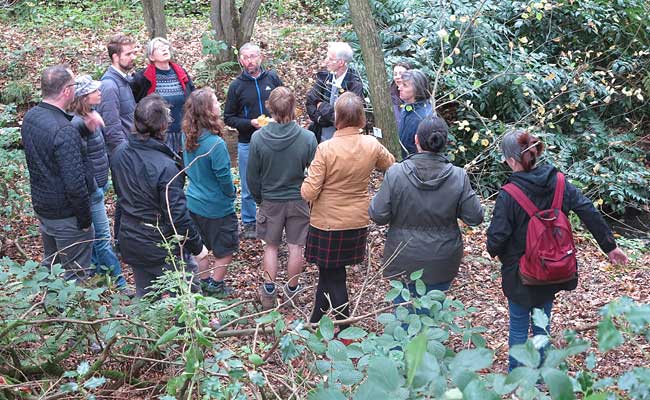 Dave Emley and Peter Thomas led a lunctime walk to look and smell the Katsura Trees in Barnes Dell. We were duly rewarded with the air scented with toffee! Photo by Richard Burgess. 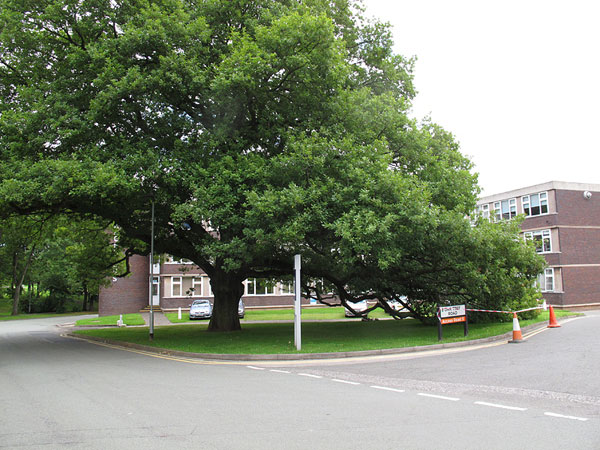 Our most well-known and loved oak lost a major limb. I guess heavy rain and strong winds were too much for the massive horizontal branch. 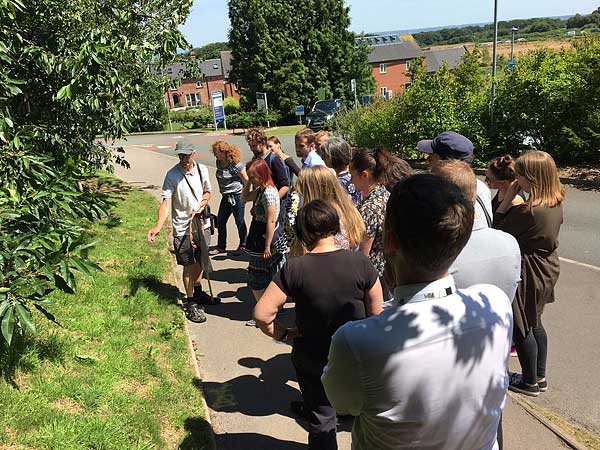 Dave Emley led a group up to the Sustainability Hub and then to the ponds on Phase 3 to look for wild flowers and dragonflies. Of the latter we had good views of an Emperor Dragonfly hawking of the first two ponds; an impressive sight. There were plenty of flowers to see too including Greater Burnet and Burnet Saxifrage which only occur here at Keele. Thanks to Tom Maurice for the photo. 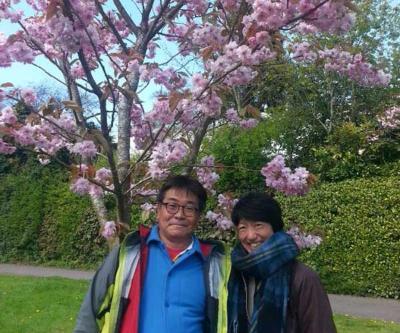 Journalists from Japan's Kateigaho magazine (the equivalent of our Country Life) visited Keele earlier this month. They interviewed people associated with the National Collection of Cherries at Keele, including Dr Peter Thomas and Chris Sanders VMH. They will be publishing a feature on cherry collections in the UK with a major emphasis on Keele.

Also (pictured right), Dr Takaaki Oohara from the Botanic Gardens of Toyama, Japan, and Dr Junko Oikawa, a consultant in horticulture and plant conservation based in Germany, came to view Keele's cherry collection recently. Dr Oohara is investigating the DNA of very old cherry cultivars to establish their original parentage, and also the reintroduction of some of the cherries in our collection back into Japan where they are currently extinct.

Dave Emley led a group from Shropshire Wildlife Trust around the grounds. 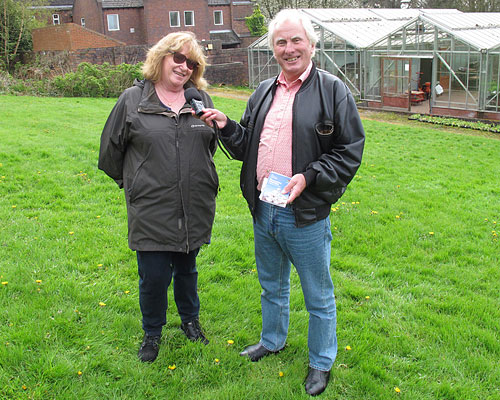 Dave Emley and Jane Barker met with Radio Stoke's Terry Walsh. He wanted to do a piece on the gardens at Keele for his Gardening Show. 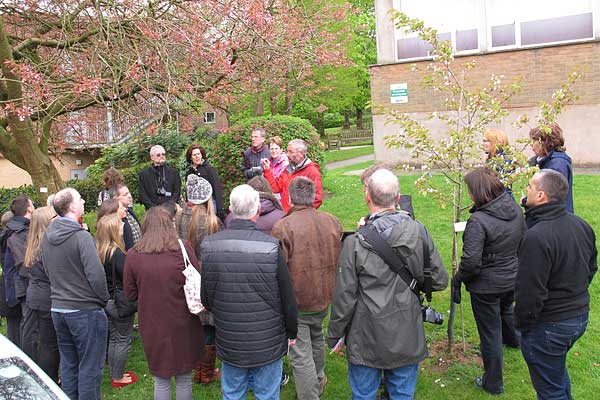 Lunchtime Cherry walk led by Dave Emley and Peter Thomas was well-attended with c30 people; some were non-Keele too which was nice. 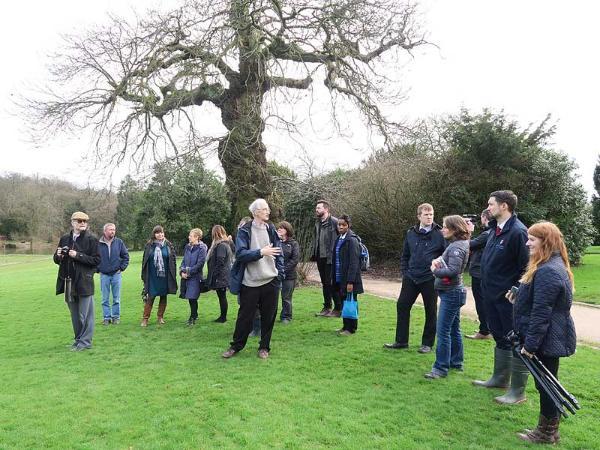 A walk for Green Week led by Dave Emley and Peter Thomas. Photo by Sam Toon. 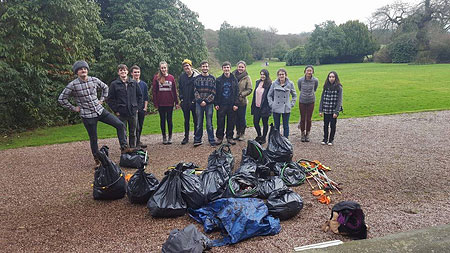 Student volunteers have a successful litter pick around the top lake. Picture by Green:Keele. 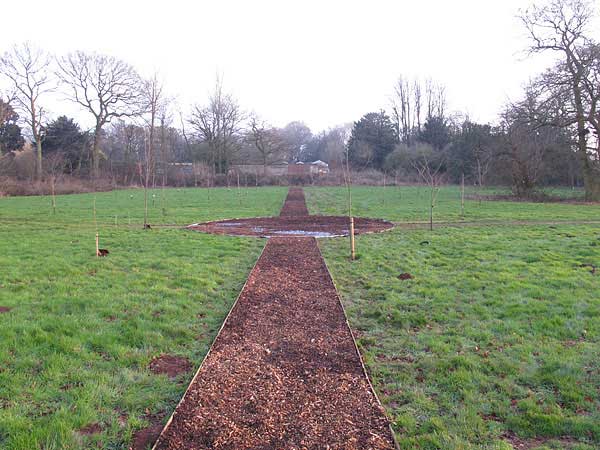 Estates, with the help of student volunteers, started installing the paths in the Memorial Garden. It is intended to add seating soon.

Dave Emley has been awarded a British Empire Medal for services to Higher Education and Natural History.