Part of the criteria for gaining a bronze award in the Green Impact scheme that departments are being asked to support is to attend an arboretum walk. A group of 11 staff from Finance were the first to take up this and Dave Emley led them on a walk around the top three lakes; looking at the various trees and discussing the history of the landscape. 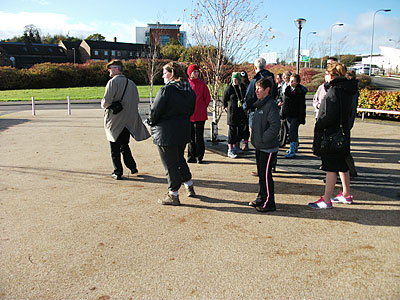 Dave Emley arranged a lunchtime walk for Health and Wellbeing Week. c30 participants walked up to the Observatory and around the Phase 3 site.

It was a glorious autumnal day and, while we saw nothing of great interest, it was an enjoyable walk. Photo by Ian Williamson. 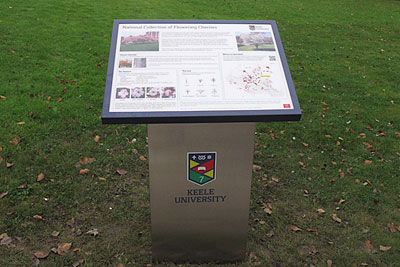 The interpretation board for the National Flowering Cherry Collection has finally been installed behind the Chapel, at the bottom of Cherry Tree Walk. It is hoped to have an "official" opening in the spring. 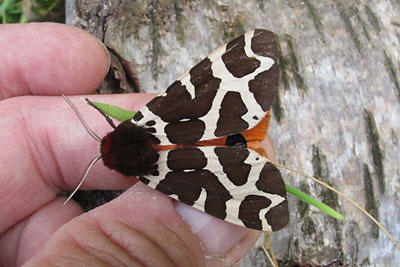 Dave led a group to look at the moth trap and to hunt for butterflies in the Walled Garden.  A range of nice moths was seen including some brought in by Andy from his trap.

Dave Emley led a group to the Sustainability Hub and around the Phase 3 site. We took the opprtunity to look at some of the common springtime flowers which included Herb Robert, Red Campion, Jack-by-the-hedge, Creeping and Meadow Buttercups and a variety of pea flowers. Round by the ponds we saw Ragged Robin, Marsh Marigold and Brooklime. Blackcap, Garden Warbler and Chiffchaff were heard singing while a pair of Lapwings chased a couple of Crows - did they have a nest? 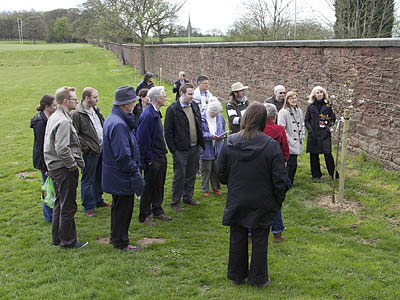 Graham explained the variations in cherry flowers and the intricacies of Japanese names - plus much more!

Dave Emley led members of the "Grey Matters" group form the Sustainability Hub on a tour of the arboretum.

Dave Emley led a group of 20 delegates from the British Zeolite Association conference on a walk around the top 3 lakes. 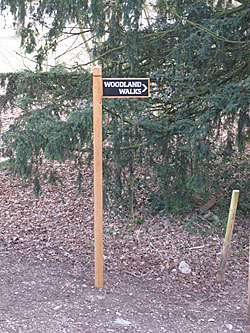 New waymarking posts directing visitors to the Woodland Walks have been installed. There are two by Keele Hall/ringroad and one by the Clock House. 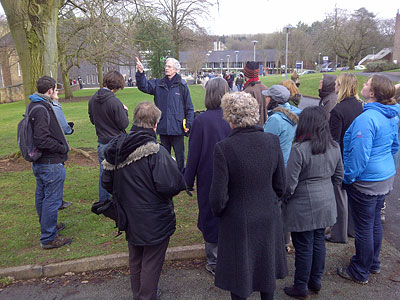 Green Week. Dave Emley led a group on a lunchtime walk. We looked at identifying trees in winter using buds and bark. We also did some measurements of girth to ascertain the ages of a couple of our large oaks.