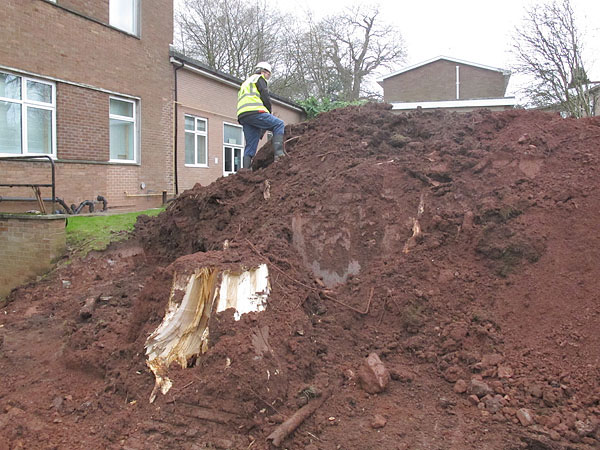 The Catalpa has really gone now! We have tried to retrieve some root cuttings for propagation.

Two interesting trees are being felled this week. They are both by the Huxley Building - the Hybrid Catalpa (pictured) and the Flowering Cherry that has both red and white flowers. The latter is unusual in that one trunk comes from the grafted tree; the other from the parent root stock.

They have to be removed to make way for the Huxley extension. It is hoped that at least the Catalpa trunk can be fashioned in to a bench seat or similar. 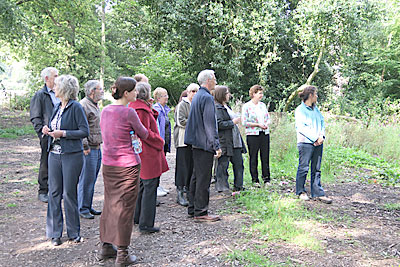 Dave Emley led a group of 15 round the top three lakes to see the dramatic effects on the woodland of the removal of the Rhododendron. The walk ended by looking at the Buddleia bushes outside the Library which held 7 Red Admirals, a Painted Lady, Peacock and Small Tortoiseshell. 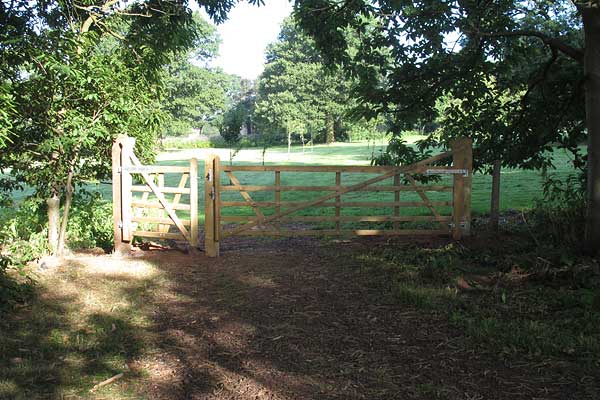 Estates have installed an impressive new gate in to the Memorial Garden from Clock House Drive.

Am currently adding engraved labels to the older cherries in our collection plus to those trees mentioned in the Woodland Walks leaflet. Talking of which I hope to have a new copy out in the autumn. Have had to revise the text following the rhododendron and Larch removal. Also need some new way-marking posts in Lower Springpool Wood as the path is hard to follow at the moment. 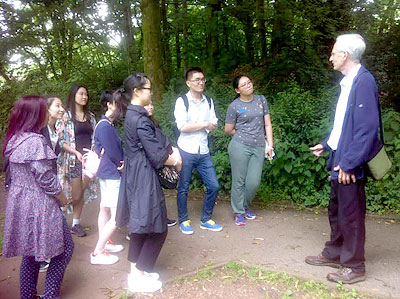 Dave Emley took two groups of Pre-sessional Academic English students who are coming into Keele prior to the beginning of teaching in September around the arboretum to introduce them to the environment in which they will be studying for the next year.

Dave Emley led a dozen folks down Clock House Drive to look for wild flowers. The sun shone and we saw a good variety of plants as well as a Speckled Wood butterfly.

Dave Emley and Peter Thomas led a group of 30 up to the Hub and Phase 3 site to look for wild flowers on what was a glorious summer's day. We found around 50 species in all. 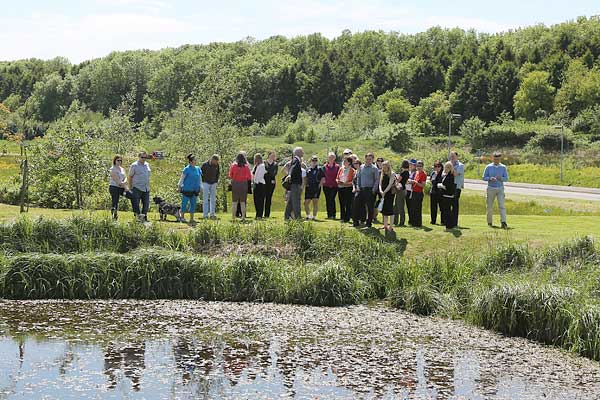 Thanks are due to colleagues from Research Enterprise Services who donated a sum of money, raised from various events that were organised by RESyclers as part of the Green Impact Scheme. to purchase trees at Keele.

BBC's Midlands Today's reporter Liz Copper visited us to do a piece on cherry blossom. Nice that Keele is getting better known for its National Collection. 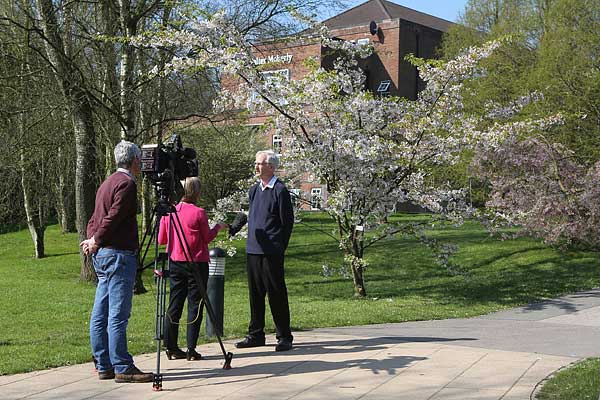 Lunchtime cherry walk was a great success amidst the glorious sunshine - and trees! Attracted 40+. 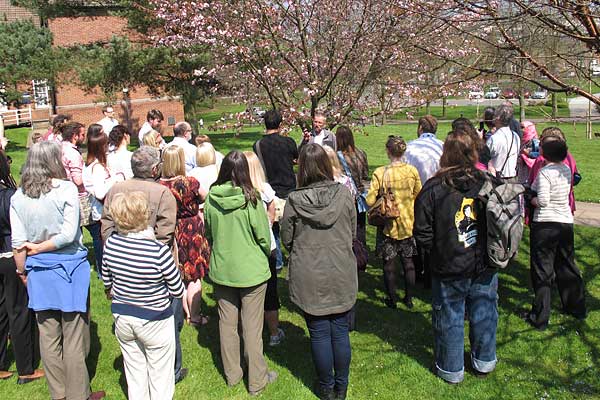 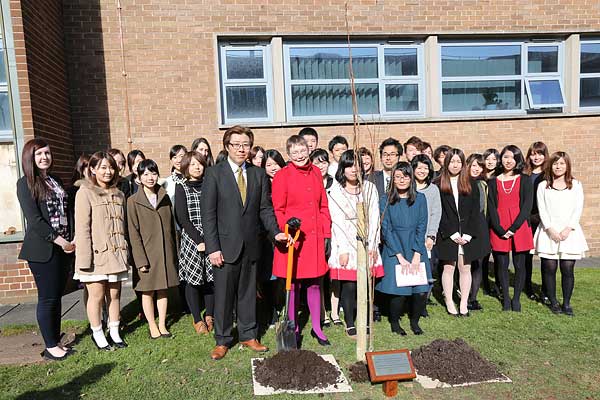 The Cherry Trees have been planted in commemoration of the educational partnership between Keele and Kyoto University of Foreign Studies from 1990 to 2015. They replace five trees that were removed several years ago.

The International Office, in conjunction with the Language Learning Unit, hosted a 25th Anniversary Dinner for Kyoto University of Foreign Studies to celebrate the institutional relationship of 25 years. The event was attended by Professor Richard Luther, Dean of Internationalisation, who gave a welcoming speech and presented a celebratory cake to Professor Kurata and his students.

First of the new engraved name plates for the National Cherry Collection. Only 240 more to go! 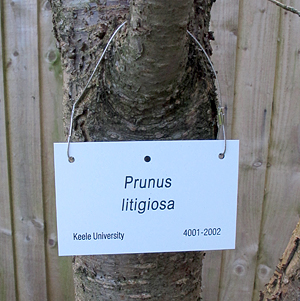