Felling of trees started in Union Square  in advance of work starting on the reconstruction project. 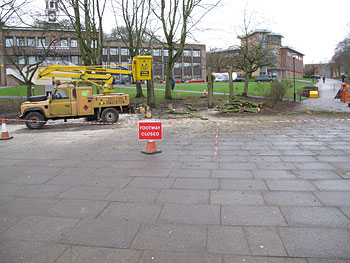 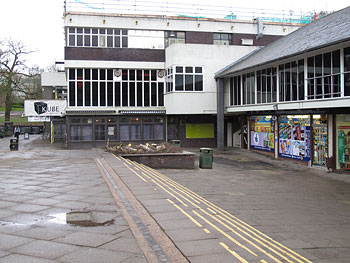 Follow this link for more images of the proposed design.

Planning permission was granted this week for a major project which will transform the heart of the campus.

Plans for the redevelopment will include the repaving and reconfiguration of the Union Square plaza, providing new seating, tree planting and a central sculpture.

The project, designed to provide an external social hub at the centre of the campus, will be suitable for both informal and formal events designed to enhance the student, staff, resident and visitor experience. Works will also include paving and new access steps at the Students Union main entrance. The Chapel plaza will also be repaved and associated boundary wall modified and repaired.

The Arboretum Group was consulted over the choice of trees and these have been selected to enhance the University's collection.

The main construction works will commence in late January and be complete by September 2012.

A whole row of Flowering Cherries was "decapitated" over the week-end.

Keele has one of the country's largest collection of Flowering Cherries, some found in few other places, which makes this all the more depressing.

First lunchtime walk of the new academic year attracted 20 folks. The object was to visit the Katsura Trees or Treacle Trees in Barnes Dell. The rotting leaves give of a distinct aroma of treacle or toffee. Unfortunately it was the very day that the farmer decided to do his muck spreading!!!!!!! C'est la vie.

Dave Emley led a select group on a lunchtime walk to look for butterflies and dragonflies. We managed to find Ringlet, Gatekeeper, Meadow Brown, Small Tortoiseshell, Red Admiral and Green-veined White, while dragonflies included the Brown Hawker, Common and Azure Damselflies. A Green Woodpecker was heard in Barnes Dell and Chiffchaff was singing there too. 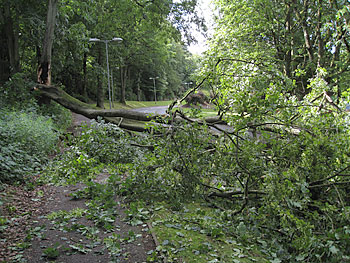 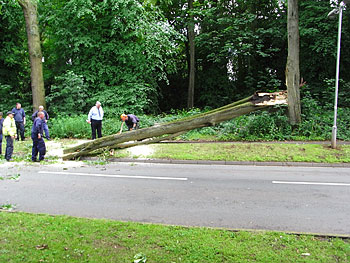 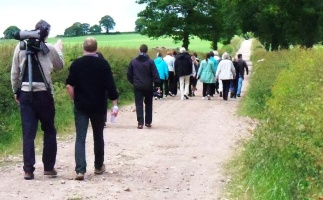 40 people attended the lunchtime arboretum walk led by Dave Emley and Andy Lawrence in association with Health and Wellbeing at Work Week. We walked down Clock House Drive, along Lymes Road and back via Keele village. The hoped for Little Owls were not showing but we did hear Yellowhammers singing and watched Swallows and House Martins skimming over the wheat and barley. 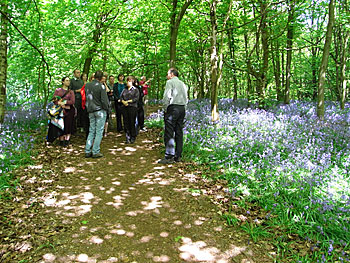 On another glorious spring day, Dave Emley and Peter Thomas led a group of 20 to Springpool Wood to look at the Bluebells, which were at their peak. Also seen was Yellow Archangel - a typical plant of old, established woodland. On the way back the group called to see the Handkerchief Tree in Barnes Dell which was just coming in to flower. 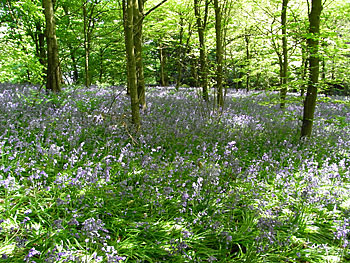 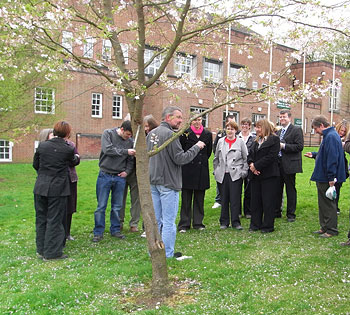 A group of 30 met for our annual cherry walk, led by Peter Thomas. He enlightened all as to the inner workings of the cherry flower, the complications of their taxonomy and many other aspects of cherry biology!

Radio Stoke came up to do a live piece on the Flowering Cherry collection. Those behind the Chapel were looking particularly impressive. 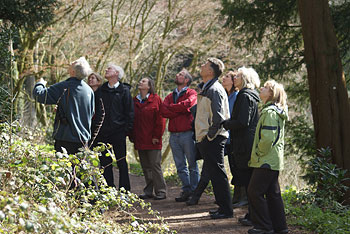 Dave Emley and Peter Thomas led a walk around the top lakes as part of the Health and Wellbeing events being held over the week. We were able to see and hear Little Grebes on the top lake; saw the Skunk Cabbage growing in Barnes Dell; the Cherry Plum in flower by the top lake and see a carpet of Wood Anemones by the side of the lake. 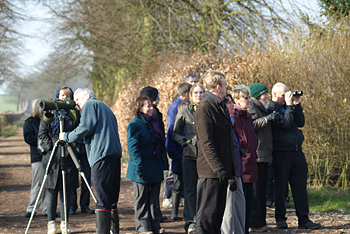 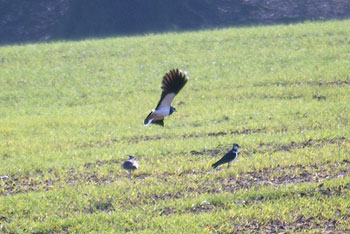 Dave Emley and Andy Lawrence led the first lunchtime walk of the year. 20 folks assembled by the Clock House on a glorious sunny day to walk down the Clock House Drive to Lymes Road. The object of the trip was to look for Lapwings. We found 7/8 birds that were prospecting for nesting sites. We also saw 5/6 Buzzards and a Goldcrest. Photos below from Kendal Allen.