The Ageing of British Gerontology exhibition 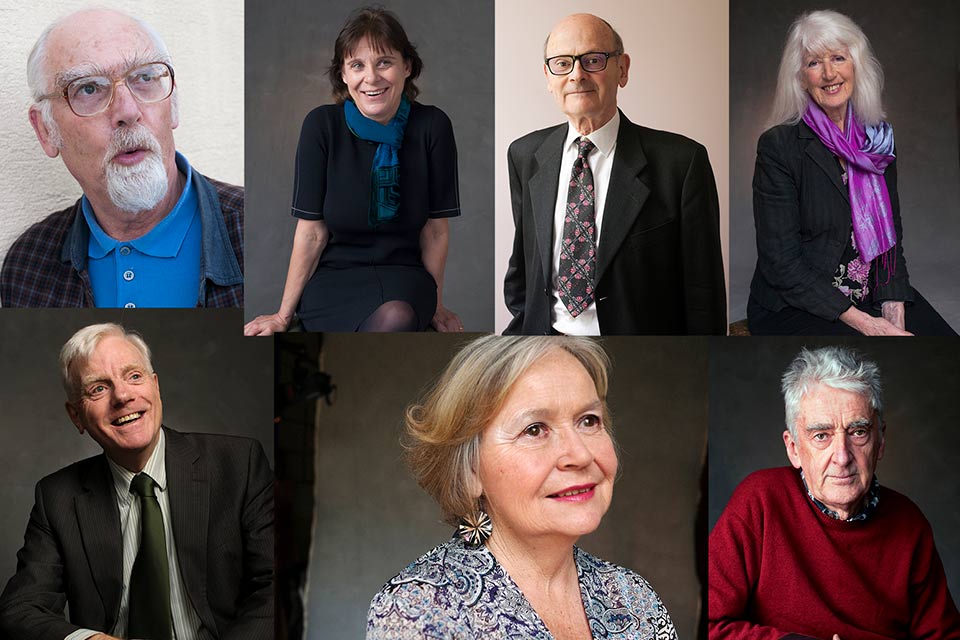 The Ageing of British Gerontology Exhibition is currently on display in Keele University Art Gallery, Chancellor’s Building, alongside Leah Thorn’s ‘Older Women Rock the Potteries!’ Exhibition. Both are linked to the Live Age Festival and to the Keele Centre for Ageing Research, and were launched on Tuesday 17th October.

The Ageing of British Gerontology is a two-year (2015-17) Leverhulme-funded project with the aim of critically examining the ways in which gerontological knowledge has developed and changed since the establishment of the British Society of Gerontology in 1971. The research team comprises Prof. Miriam Bernard and Dr Jackie Reynolds from Keele, and Prof. Mo Ray from University of Lincoln. It is a mixed method study, which includes qualitative filmed interviews with 50 ‘senior’ figures in British gerontology, all of whom have actively contributed to building our knowledge base in ageing for the past 40-50 years. Participants were asked about their careers, about key developments in gerontology, and priorities for future research and other developments. They were also asked about the relationship between their personal experiences of ageing and their professional understandings. The many hours of filmed interviews were edited and developed into a series of films (produced by Matt Watson). Some of these short films form part of the exhibition.

In addition, the team worked in partnership with artist, photographer and gerontologist Sukey Parnell, who completed photographic portraits of 47 of the project participants. These portraits, and accompanying quotes, also feature in the exhibition. There is also a companion photographic publication and a series of postcards, which are on display and freely available.

The exhibition will be on display until 17th November. If you would like to know more about the project, please visit the website. There will also be an opportunity to hear more about the research findings at a seminar presentation on Wednesday 8th November 12-1 (Room CBA 0.001). The paper will highlight some key findings on the intersections between personal and professional experiences.