Ancient records point to a turning point in Earth’s history 42,000 years ago 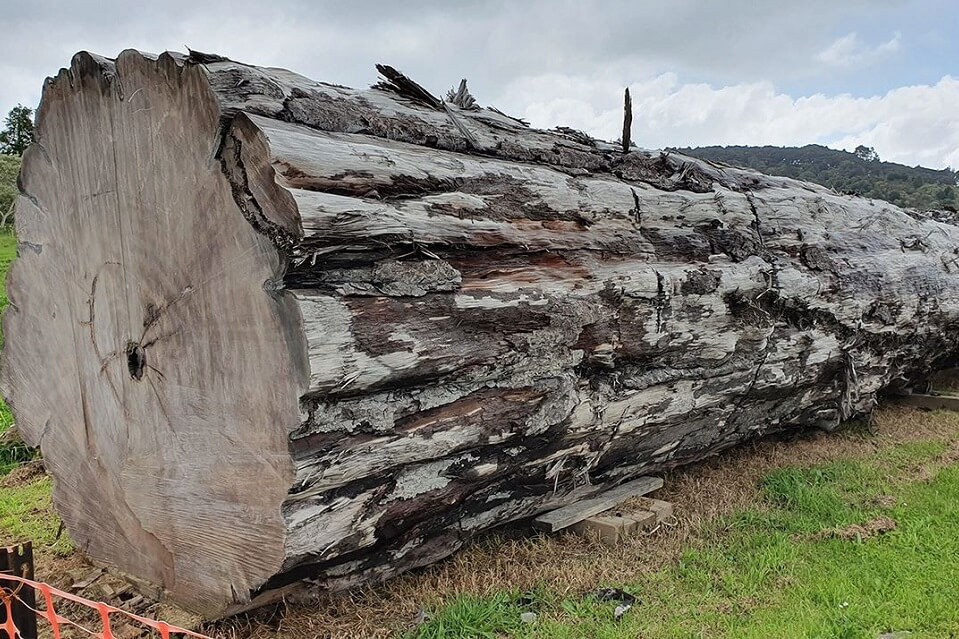 Led by academics from UNSW Sydney and the South Australian Museum, the study – published today in Science - outlines a dramatic turning point in the planet’s environmental history, which was characterised by electrical storms, widespread auroras, and cosmic radiation, all triggered by the reversal of Earth’s magnetic poles and changing solar winds.

The researchers have dubbed this period in Earth’s history the “Adams Transitional Geomagnetic Event”, in homage to Douglas Adams’ novel The Hitchhiker’s Guide to the Galaxy, which proclaimed that the number 42 was “the meaning of life, the universe and everything”.

This is the first time ever that researchers have been able to accurately pinpoint the timing of the magnetic pole switch, and the findings were made possible by analysing ancient New Zealand kauri trees, which have been preserved in sediments for over 40,000 years.

While scientists already knew the magnetic poles temporarily flipped around 41-42,000 years ago (known as the ‘Laschamps Excursion’), they didn’t know exactly how it impacted life on Earth – if at all.

But the researchers were able to create a detailed timescale of how Earth’s atmosphere changed over this time by analysing rings on the ancient kauri trees.

Co-lead author Professor Chris Turney from UNSW said: “For the first time ever, we have been able to precisely date the timing and environmental impacts of the last magnetic pole switch.

“Using the ancient trees we could measure, and date, the spike in atmospheric radiocarbon levels caused by the collapse of Earth’s magnetic field.”

Their findings suggest that the Adams Event could provide an explanation for a number of environmental and evolutionary mysteries, such as the extinction of megafauna across Australia and Tasmania around 42,000 years ago; the extinction of Neandertals; and the sudden widespread appearance of cave art around the world.

Professor Chris Fogwill, Director of Keele’s Institute for Sustainable Futures said: “The impacts of this event were marked and global, and may have been pivotal to our evolutionary story. The coincidence between the timing of the Laschamps event and the extinction of the Neandertals and Megafauna in Australia is remarkable and highlights the global scale of this event.”

While the magnetic poles often wander, some scientists are concerned about the current rapid movement of the north magnetic pole across the Northern Hemisphere.

Co-lead author Professor Alan Cooper, from the South Australian Museum said: “This speed – alongside the weakening of Earth’s magnetic field by around nine per cent in the past 170 years – could indicate an upcoming reversal.

“If a similar event happened today, the consequences would be huge for modern society. Incoming cosmic radiation would destroy our electric power grids and satellite networks.”

Professor Turney says the human-induced climate crisis is catastrophic enough without throwing major solar changes or a pole reversal in the mix.

“Our atmosphere is already filled with carbon at levels never seen by humanity before. A magnetic pole reversal or extreme change in Sun activity would be unprecedented climate change accelerants.

“We urgently need to get carbon emissions down before such a random event happens again.”