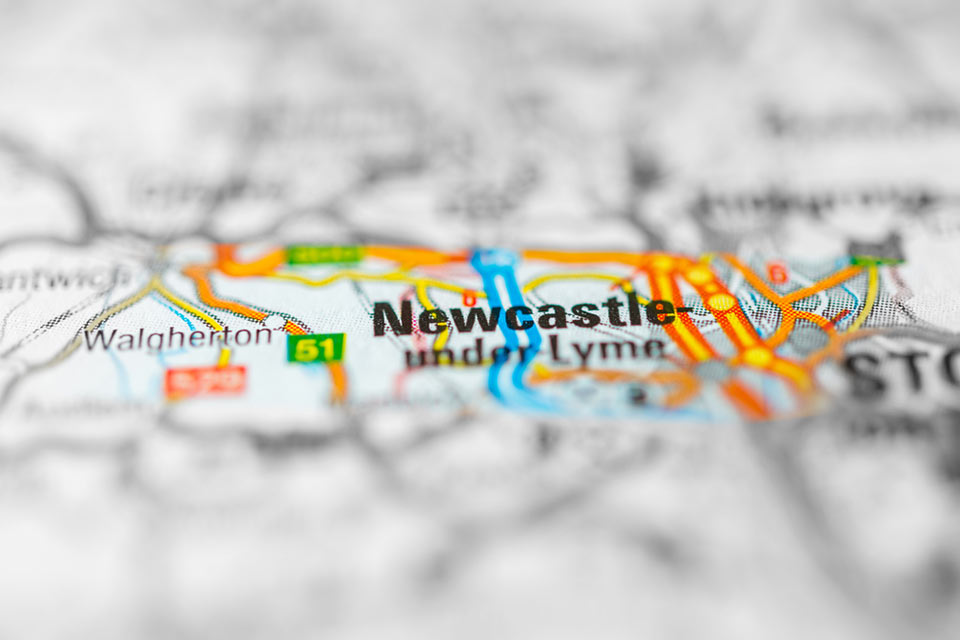 Newcastle-under-Lyme Borough Council has announced exciting plans for the long-term expansion of the area to the west of the Keele campus as a result of a significant land use planning exercise carried out by the Council and its partners.

The vision for the area, which is due to be approved by the Council’s Cabinet next week, also outlines aspirational plans for the former golf course that it currently owns, parts of Silverdale, and land adjacent to the campus.

The Keele University Growth Corridor responds to both the Borough’s housing needs as well as the ambitious plans set out in last year’s Keele Deal which identified the opportunities for significant investment at the Keele University campus.

Professor Trevor McMillan, Vice Chancellor of Keele University, said: “This is the continuation of a story for Keele which we have been developing with our partners for several years and one which looks at how the University can flourish in the future.

“Keele Science and Innovation Park is one of the most prestigious high-tech employment locations in the West Midlands region. Creating more high value jobs as part of the Growth Corridor means we can retain our best local talent and also draw it in from further afield.”

Cllr. Simon Tagg, Leader of the Borough Council, said: “This is a massive opportunity for the Council and its partners to really make a difference to the future success of the Borough, its residents and its businesses.

“This plan will help to unleash the potential long-term economic impact of the University by enabling further expansion which will support the creation of high quality jobs, both at the University and its Science and Innovation Park, so supporting our ambitions for a thriving and aspirational borough well into the future.

David Frost CBE, Chairman of the Stoke-on-Trent and Staffordshire Local Enterprise Partnership, said: “I admire the forward thinking shown by Newcastle-under-Lyme Borough Council and Keele University, in using the opportunity of the Joint Local Plan to try and vision the future over the next 25 or so years. There is still a long way to go, but if these plans can be delivered then the development has the potential to bring over 2,000 high value jobs to the region over the next 25 years, with many of these being in ICT, health and medical technologies, and energy technology, fields in which Keele University is already a world leader.

Philip Atkins, the Leader of Staffordshire County Council, said: “This is an ambitious plan which creates housing and employment opportunities and plays an important part in the Keele Deal.

“The plan complements development and business growth on the science and innovation park which continues at pace. It is good news for the whole of Staffordshire.”

The vision includes the provision of around 1,000 houses on the former golf course at Keele, a new two-form entry primary school to accommodate the educational requirements of the growing residential population, and a small convenience store.

An important feature of the plan will be the creation of a network of walking routes within both the University campus and the proposed residential parts of the scheme. The pathways will link existing copses, water bodies and other natural features to create an attractive walking environment and will retain hedgerows and woodland areas as part of the larger, natural landscape of the area.

Land has also been set aside to help the university meet its sustainability aims with renewable energy provision on the campus. The other key feature of the plan is an intention to explore the potential feasibility of establishing a transport hub to improve public transport accessibility and minimise movements by car.