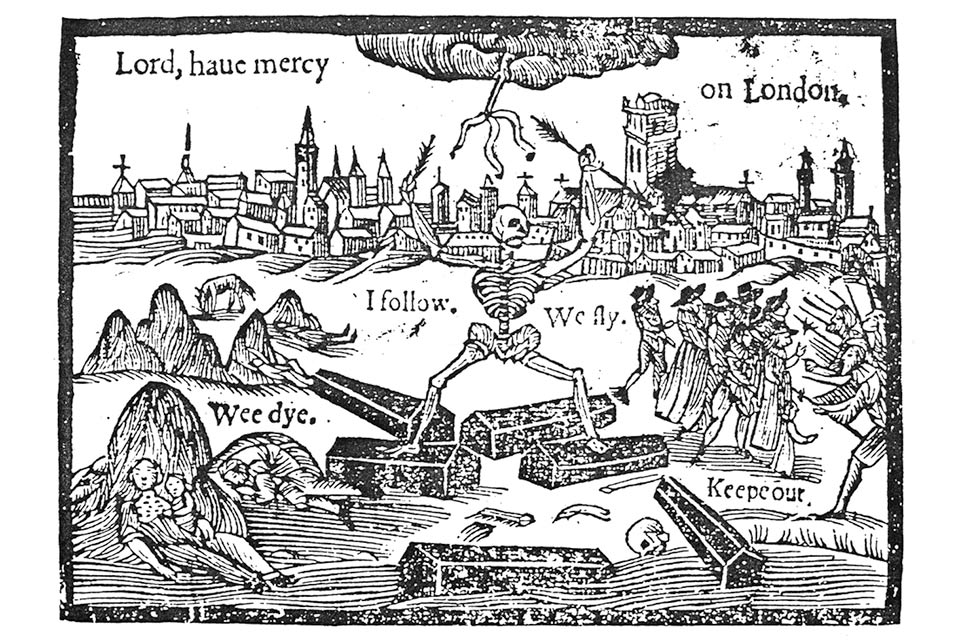 From the Black Death and AIDS to COVID-19, whenever societies have suffered outbreaks of disease, there have always been those who are quick to seek both religious explanations and solutions. A recent poll of religious Americans found that around two-thirds believe that COVID-19 has been sent by God, as a warning to mankind.

The idea that God punishes the wicked with diseases to which the virtuous will be immune exists in many religions and goes back at least as far as the Hebrew Bible.

Psalm 91, for example, reassures believers that God will protect them from “the pestilence that walketh in darkness… A thousand shall fall at thy side, and ten thousand at thy right hand; but it shall not come nigh thee”.

The appeal of religious explanations

Similar beliefs existed in the plague-stricken medieval and Renaissance period. In Christian England, the importance of physical distancing measures to protect people from the sickness was well known. But authorities sometimes struggled to enforce quarantines for infected households, in part because of resistance from those who believed that religious faith was the only true defence against the plague.

Such people believed that physical safety measures were therefore pointless. In 1603, the Church of England issued a condemnation of those who “run desperately and disorderly into all places and amongst all persons and pretend our faith and trust in God’s providence, saying: ‘If he will save me, he will save me: and if I die, I die’.”

The modern-day equivalent, perhaps, is the American woman interviewed outside her church in early April 2020, who commented:

I wouldn’t be anywhere else. I’m covered in Jesus’ blood. All these people go to this church. They could get me sick but they’re not because I’m covered in his blood.

This woman is not alone: according to the poll, 55% of Americans with religious faith believe to some extent that God will protect them from being infected.

Such beliefs are popular because they offer individuals a sense of control and order within an otherwise frightening situation. Natural disasters such as earthquakes, tsunamis and widespread outbreaks of disease are likely to create particular anxiety because they feel so random. Unlike in times of war, where there is usually a clear enemy and a sense of why individuals have been targeted, the issue of who gets sick and who doesn’t in the case of a virus is harder to rationalise.

Read more: AIDS: homophobic and moralistic images of 1980s still haunt our view of HIV – that must change

The belief that disasters are sent to test the faith of the virtuous and punish the wicked may, therefore, make the situation easier to bear. Such beliefs suggest that what is happening is not random: that there is order behind what appears to be chaos. They also suggest that there may be a way to protect yourself from getting ill, through prayer, penitence and renewed religious faith.

The dangers of such belief

But such beliefs are also potentially dangerous, for obvious reasons. One problem is that they lead to blaming the victims of the disease for their sickness or death.

We saw how damaging this belief could be in the 1980s, in the early years of the AIDS epidemic. The idea that AIDS was exclusively an illness of gay people and was God’s punishment for homosexuality, which was promoted by various fundamentalist religious groups and individuals, was one of the reasons why it took so long for many world governments to take the epidemic seriously.

Believing that God will protect the faithful may lead people to ignore measures such as social distancing. The woman interviewed outside her church was refusing to observe the recent ban on large-scale gatherings because of her belief that a religious person like herself could not be affected by the coronavirus.

Indeed, her belief system made her behave exactly opposite to the current scientific advice. She seemingly saw going to church as an act that demonstrated her virtue and so strengthened her immunity to disease, rather than being something that increased her likelihood of getting ill through exposure to other people.

Better advice comes from the German theologian Martin Luther, who lived through the Wittenberg plague outbreak in 1527. In a letter entitled, “Whether one may flee from a deadly plague”, he wrote:

I shall avoid places and persons where my presence is not needed in order not to become contaminated and thus perchance infect and pollute others, and so cause their death as a result of my negligence. If God should wish to take me, he will surely find me and I have done what he has expected of me and so I am not responsible for either my own death or the death of others.

Luther was a devout believer but insisted that religious faith had to be joined with practical, physical defences against sickness. It was a good Christian’s duty to work to keep themselves and others safe, rather than relying solely on the protection of God.