Comment | Bombshell: Hollywood’s lukewarm attempt to get to grips with #MeToo 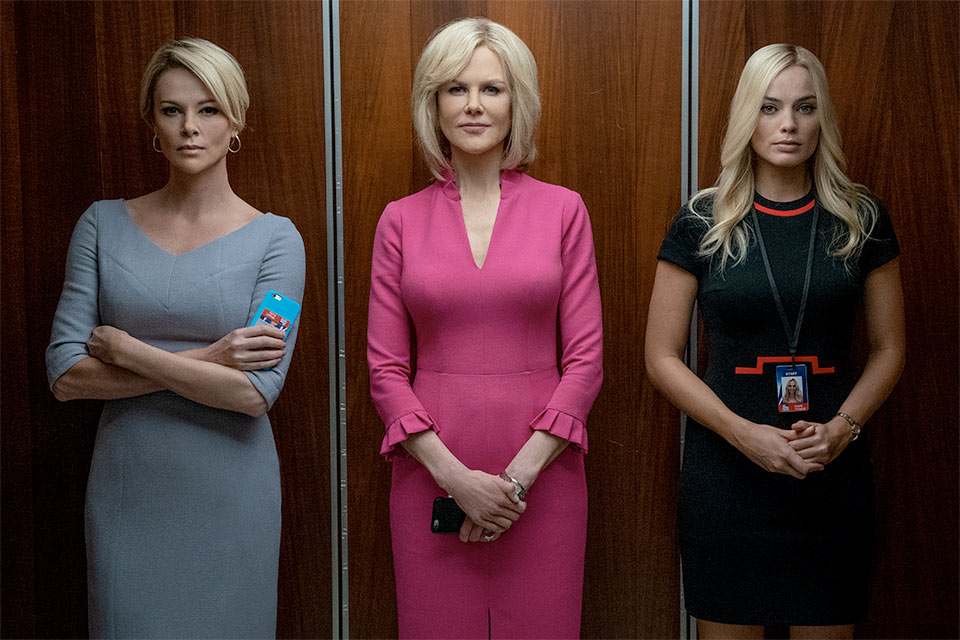 There’s a degree of irony in the fact that Bombshell, the movie about the fall of Fox News boss and serial sexual harasser Roger Ailes, was awarded an Oscar for make-up and hairstyling. One of the themes that runs through the movie is the objectification of Fox’s female employees, so giving the movie an award for the way its female stars look on screen feels a little jarring.

It’s certainly a superb cast and a stellar set of performances, starring three of Hollywood’s most bankable female stars, Nicole Kidman, Charlize Theron and Margot Robbie. Kidman and Theron respectively play two of Fox News’s most recognisable former news anchors: Gretchen Carlson, the former Miss America and Stanford graduate; and Megyn Kelly, a former attorney whose nightly programme, The Kelly File, vied with that of Bill O’Reilly for popularity during its run from 2013 to 2017. The film centres on Carlson’s 2016 sexual harassment lawsuit against Ailes, then chairman and CEO of Fox News.

Margot Robbie plays the fictitious Kayla – a composite character comprised of other women who laid complaints at Fox. Styled along the lines of conservative political commentator Tomi Lahren as a young Trump-supporting evangelical, Kayla nonetheless embarks on a somewhat improbable friendly sexual encounter with Jess Carr – another composite Fox character who is a closet liberal and closet lesbian, played by Kate McKinnon.

On the issue of sexual harassment, Bombshell shows how a culture of misogyny becomes embedded in workplace practices, where senior male figures abuse positions of power. Promises of promotion and threats of job loss or demotion are used to coerce and frighten women into accepting unwanted sexual advances. This culture of abuse comes from the outlandish and almost pitiable figure of Ailes (played by John Lithgow) whose motto is “to get ahead, you gotta give a little head”.

The film also speaks to the ways in which women who stay silent about their own experience of harassment can unwillingly or unwittingly perpetuate that culture by failing to call perpetrators to account. In one scene, Robbie’s fictional character Kayla chastises Kelly for failing to report Ailes, asking “did you think what your silence would mean?”. The film shows how reporting such violations as a lone individual is extremely difficult. Without – and sometimes even with – the weight of supporting testimony, they are often doomed to fail.

Certainly, the culture of misogyny at Fox is depicted as deep and entrenched. In one of the film’s quasi-documentary sequences, we learn that Ailes “pioneered” the visual objectification of female news anchors through an obsessive focus of cameras on their legs. There follows a deeply uncomfortable scene where Ailes invites Kayla to his office, and as he salivates, asks her to raise her dress inch by inch, until we see a shot of her crotch.

As a viewer, I began to ask how this lingering shot of Robbie’s crotch about a third of the way into the movie, really served the interest of the film’s broader themes. The scriptwriter Charles Randolph has said the film was written for men and that this scene was a way to “put a few men like me into the rooms where harassment happens”.

In another film, this shot might have been an attempt to place the viewer directly in the position of Ailes, to ask them to question their own complicity in the objectification of women. But Bombshell is not this film. From the outset, the film’s relationship to feminism is confused.

In an early scene, Megyn Kelly declares “I’m not a feminist, I’m a lawyer” while her assistant declares, “God, I’d love to be slut-shamed”, turning a concept that was designed to highlight how women and girls are criticised and punished for their appearance or behaviour, into something desirable.

While not all people react in the same way to sexual harassment, it can have devastating long-term emotional and professional consequences for women — something that the film’s triumphant coda regarding the multi-million-dollar settlement does not make explicit.

Bombshell has been described as the “first” #MeToo film, and the “definitive” film about the #MeToo movement – and there is much to admire about a group of women who take on a workplace riddled with sexual harassment, and win. Yet the film appears to view the women’s political ideologies and their fight against sexism as separate issues. The ideological individualism of Kelly and Carlson means they don’t see their struggle for freedom from sexual harassment as embedded in the fight for other rights.

Kelly, while critiquing what she calls Trump’s “War on Women”, does not appear to see how her work for Fox has made her a soldier in the network’s war – not just on women, but on racial and ethnic minorities, LGBT people, immigrants and other vulnerable populations as well.

The film also sees no contradiction in having Rupert Murdoch, whose newspaper and media empire has been notorious for its use of titillating pictures of women, arrive at the end of the film as a kind of deus ex machina, appearing suddenly at the end of the film, sons in tow, to fire Ailes and restore order to the Fox offices.

Ailes is an easy target: he is dead and can’t be libelled, and the workplace he presided over at Fox was an exceptionally egregious example of a misogynistic work environment: Bill O'Reilly, a major Fox anchor since 1996, has also been the subject of numerous sexual harassment claims.

But Hollywood has its own misogyny problem to confront. This is still an industry where between 2007 and 2016 only 4.2% of the 900 top-grossing films were made by women and only 0.49% by women from racial and ethnic minority groups.

The proverbial elephant in the Hollywood green room is Harvey Weinstein, whose trial on five counts including rape, criminal sexual acts and predatory sexual assault continues. As Ronan Farrow’s recent book Catch and Kill has shown, Weinstein used his leverage in the journalism and entertainment industries to try to cover up Farrow’s investigation.

The question remains as to whether Hollywood will take on its own “monster”. That’s a #MeToo story that may prove more difficult to tell, and more difficult still to be told with women both in front of and behind the camera.