Will politicians take action and try to save the planet from climate change? 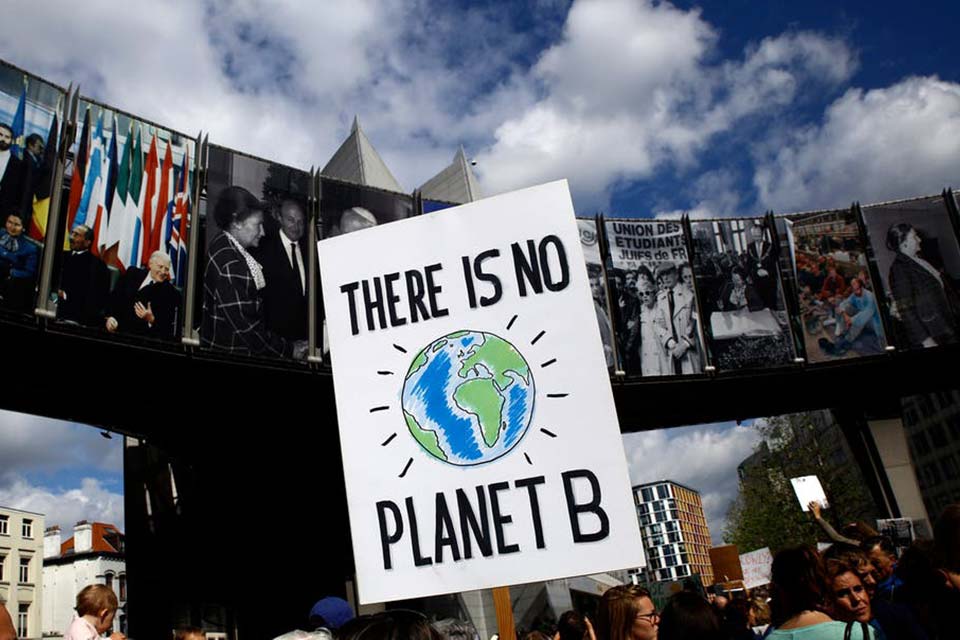 I am scared of climate change and the fact that a lot of adults aren’t taking it seriously – do you think politicians will take action and try to save what we have left? – Carolina, aged 15, Santiago de Chile.

Climate change is the most pressing threat humanity has ever faced. Changes in the natural balance of the Earth’s atmosphere, caused by human behaviour, are having a major impact on the environment. Hurricanes are becoming larger and more powerful than in the past. Floods cover vast regions, causing people to lose their homes. Droughts cause crops to die, which means people go hungry. The sea level is rising, and will one day swallow up entire countries.

Scientists from all over the world agree that the impacts of climate change will get worse, unless we take action now. Of course, there are things that you can do to reduce your own impact on the environment, like eating less meat. But big changes are required in every country to meet this challenge. Which leads us to your excellent question: what are politicians doing to combat climate change?

Because climate change is caused by the actions of countries, it can only be solved by the cooperation of countries – and that means international law offers the best pathway forward. In 2015, political leaders from all over the world visited Paris, France, to agree on a response to climate change. The result was an international treaty called the Paris Agreement.

In the Paris Agreement, leaders decided that it’s vital to stop the atmosphere from heating more than 2°C above pre-industrial levels. To do this, countries need to reduce their carbon dioxide (CO₂) emissions, which trap heat and cause this warming effect. So far, the Paris Agreement sounds useful.

But there’s a problem: the Paris Agreement does not offer any direct instructions on what countries have to do to reduce their CO₂ emissions. Countries do not have to meet specific targets to lower their emissions. Instead, the Paris Agreement asks that countries set their own targets, called “nationally determined contributions” (NDCs, for short).

NDCs offer the best picture of what each country’s politicians are prepared to do in order to tackle climate change. So lets take a look at what some countries have promised to do in their NDCs.

In its NDCs, Chile has committed to a 30% reduction in greenhouse gas emissions below what they were in 2007. But a much stronger target would have been to reduce emissions by 30% against 1990 levels. Between 1990 and 2016, Chile’s emissions increased by 115%, which shows the country has a poor history of tackling climate change.

Australia is one of the richest countries on the planet. It has said it will try to reduce emissions by 26-28% below 2005 levels. But this commitment is not very ambitious for a country with the wealth of Australia. And with all the sunshine it gets, the government could be investing much more in solar energy.

Brazil is home to much of the Amazon Rainforest. In its NDCs, it had promised to restore more than 12m hectares of forest, which is about half the size of the United Kingdom or one third the size of Chile. By protecting the forest, which absorbs CO₂, Brazil could reduce its emissions by 37%.

This does sound good. But the new Brazilian government, elected in 2018, does not intend to honour this commitment. Already, deforestation to make room for crops and cattle grazing has contributed to this year’s devastating fires in the Amazon.

Read more: Amazon fires: what will happen if they keep burning?

The European Union’s NDCs promise to reduce its emissions by 40%. But because all the different countries aren’t required to share reductions equally, this will see some countries in the EU making big reductions, while others do very little.

These examples show that politicians in these countries are not taking climate change seriously – and they are not alone. Many countries are not doing enough. At the current rate, humanity will continue to heat the Earth to somewhere between 3°C and 5°C degrees, which will cause severe hurricanes, droughts and floods all over the globe.

What can we do?

The lesson here is very simple – climate change must be our number one priority. People who can vote in elections should consider voting for parties that promise strong action on climate change. This usually means looking away from the major political groups: parties with a specific “green” focus will typically be the main ones tackling climate change.

Another option is to support global movements like Extinction Rebellion. By turning up to rallies and showing support for groups like these, you can send a strong message to politicians that you care about the planet and all the life on it. Some young activists have even been involved in bringing legal challenges against governments that continually disregard their climate obligations.

This depends on there being a legal mechanism – such as a right to the environment or a constitutional provision – and people having the ability to access it through the courts, which can be a costly endeavour. Nevertheless, a legal challenge can make politicians understand the extent of the passions running through people.

If we send these messages to politicians, there’s a chance to make them do better and stop climate change, before the worst effects of global warming become a reality.

This article is part of The Covering Climate Now series
This is a concerted effort among news organisations to put the climate crisis at the forefront of our coverage. This article is published under a Creative Commons license and can be reproduced for free – just hit the “Republish this article” button on the page to copy the full HTML coding. The Conversation also runs Imagine, a newsletter in which academics explore how the world can rise to the challenge of climate change. Sign up here.