The Day Shall Come: penetrating yet poignant Chris Morris romp through the war on terror 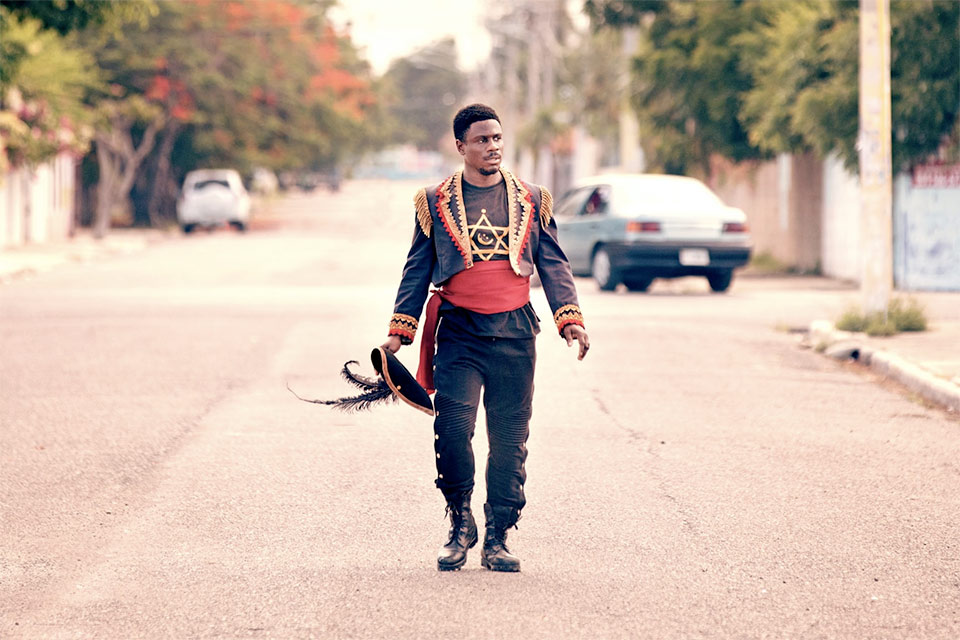 The Day Shall Come by Chris Morris, the creator of satirical documentary series Brass Eye, is a rip-roaring spoof inspired by the morally indefensible and socially destructive practices of the FBI in the wake of 9/11. Drawing on real events, the film proclaims itself as “based on 100 true stories” – but it is neither documentary nor mockumentary. Through the comic lens of a fictitious plot, the film aims to bring wider public attention to the FBI’s reported practice of grooming, then aiding and abetting potential “terrorists”.

In Morris’s fictitious scenario, the agency supplies money, weapons, and even (fake) nuclear armaments to individuals targeted as suspects with seemingly no rhyme or reason.

The film is set in Miami, Florida – and the principal target of the FBI bureau’s scurrilous plot is one Moses Al Shabaz (played by Marchánt Davis), a charismatic, energetic and earnest would-be prophet and leader of the laughably tiny “Star of Six” ministry. With only six members (including Moses’s wife Venus and their child), the group aims to overthrow the “accidental dominance of the white race” using only peaceful methods.

Moses’s worst crime appears to be eccentricity. When offered “supplies” by an FBI undercover agent, he requests a horse, a chicken coop and wire fencing for his farm. When the agent insists he ask for weapons, we learn that Moses intends to use the 50 AK47s supplied by the FBI as fence posting – by painting them white. His is the sort of benign folly that occasionally disturbs, but mostly amuses and endears.

Yet there are signs that Moses’s eccentricities have a darker origin. There is a brief reference to schizophrenia: Venus suggests he take the pills he has been prescribed to prevent him having visions (which we later see in the form of a talking horse). By hinting that Moses may have deeper psychological problems, Morris emphasises the targeting of disenfranchised populations – mostly people of colour and mostly poor – by government agencies, including the FBI and the police.

These intermittent notes of sobriety make The Day Shall Come a superior film to Four Lions, Morris’s first feature – although both contain his characteristic fast-paced dialogue. Beginning from Morris’s premise that a terrorist cell is “just a bunch of blokes”, Four Lions mocked our fears of the all-powerful terrorist bogeyman by showing the failures, ideological inconsistencies and patent chaos of a group of men trying to organise a suicide bombing attack.

The Day Shall Come is slicker and pacier, but the film’s the great strength is its poignancy. Moses is a lovable character: his calls to pacifist forms of community, his “mission to change the lives of poor people” and his cultivation of small-scale crops resonate with mainstream ethical and moral concerns around the need for social equality and ecological change.

‘Are we the baddies?’

When I attended a recent screening of the film followed by a Q&A with Morris, the first question concerned the film’s “downbeat ending”. Morris responded by citing a sketch by Mitchell and Webb where the comedy duo, playing Nazis, wonder “are we the baddies?”. Morris said he hoped that the film could help white audiences see their own collusion in racist politics. But as a white man making comedies about the lives of poor people from minorities, Morris himself remains open to the charge of exploiting their stories or indulging in stereotypes for laughs.

Certainly, there is an element of buffoonery in the naive actions of the male members of Star of Six. This foolishness sits less easily than that of the men in Four Lions. These characters were, after all, people who trained to be suicide bombers. By contrast, Moses and his gang are well-meaning innocents.

Morris has a particular talent for capturing the foibles, failings, and dark sides of masculinity. The two principal female characters in the film, Venus (Danielle Brooks) and FBI agent Kendra (Anna Kendrick) offer moments of reason in an otherwise ludicrous landscape of male calamity.

Through a subtle range of disapproving facial expressions, Kendrick captures the quiet frustrations of a woman having to put up with penis jokes in a professional environment. But Venus and Kendra also get to land their own jokes – avoiding the indignity of being straight women to funnier male characters.

Morris’s particular brand of comedy, deliciously dark satire, leaves no character unscathed. The German sociologist, Hannah Arendt, argued that “the greatest enemy of authority, therefore, is contempt, and the surest way to undermine it is laughter”. Morris’s eye for the ridiculous is cast on everyone: not only those in authority, but their victims as well. Yet this piercing gaze is softer when it falls on Moses and his ministry, while for the FBI agents, there is ridicule without redemption.