Comment | Is this the last John Lewis Christmas ad? 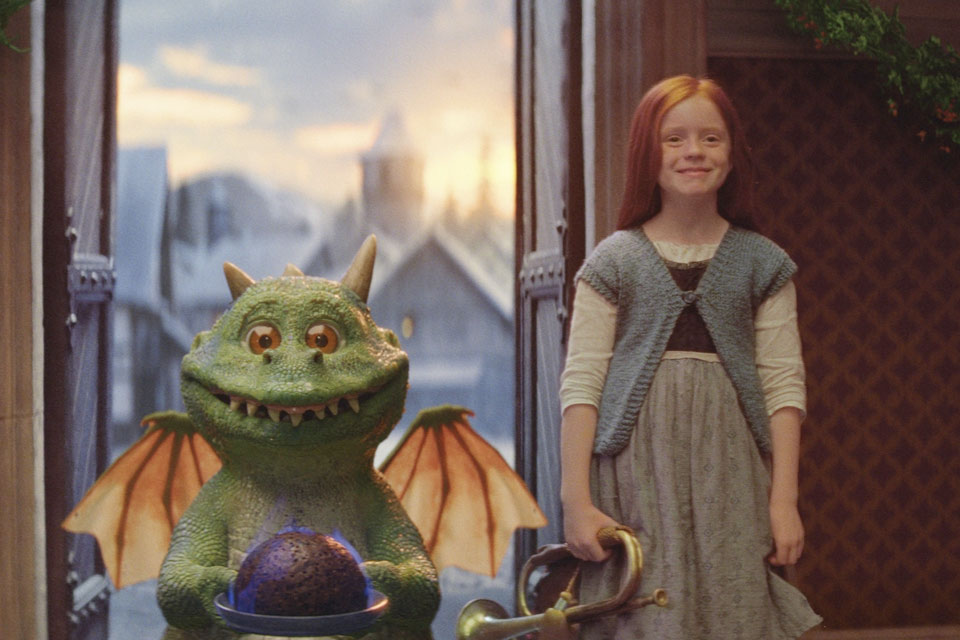 John Lewis and Waitrose have launched their first joint Christmas advert, telling the story of a little girl and her dragon friend Edgar. John Lewis & Partners

The new John Lewis Christmas ad has just launched and there is plenty in it for connoisseurs of this relatively recent British cultural phenomenon to enjoy. Without giving the whole story away, it features a young girl and her friend Edgar, who happens to be a dragon.

As expected from a leader of this form of seasonal entertainment, the ad offers high production values, a narrative with various trials and tribulations and a feel-good happy ending. There is also a classic sung by a contemporary singer – REO Speedwagon’s Can’t Fight This Feeling by the lead singer of indie band Bastille – and somewhat vague, Christmassy imagery, without a hint of the foundational religious aspects of the celebration. It’s something people look forward to every year, but in the current retail landscape, which is seeing shops shuttering up and down the country, there’s a chance it could be the last of it kind.

The first John Lewis Christmas advert hit our screens in 2007 and has spawned several rivals since. These tend to be from well-known, large, mainstream retailers that are perceived as intrinsically British – with the likes of Sainsbury’s, Marks and Spencer and Boots providing healthy competition.

One thing these ads tend to share is that don’t try to push products in an obvious way. Instead, from a marketing point of view, they concentrate on increasing awareness of the retailer, while at the same time creating a feeling that they are essential to the life of the British consumer and share their values.

However, the 2019 John Lewis ad needs to be viewed in the context of the fragile offline retail environment, where the number of shoppers on the high street has fallen by 10% over the last seven years. In that time, British consumers have seen a slew of retailers, who were traditionally seen as forming a backbone to their lives, stumble, falter and disappear.

It began with those regarded as second division players, such as BHS and House of Fraser. But in the past year or so, this retail cancer has spread right to the top, with Marks and Spencer engaged in an ongoing and painful programme to tackle falling sales, which will see more than 100 stores close by 2020.

In 2019, this has finally reached John Lewis, which was seen as so established and stable as to be immune from the waves of social change. The legacy retailer had seen sales steadily growing, remaining profitable until this year when sales fell by 2%.

This is their worse financial performance in years and to combat it they have adopted a strategy to combine the Waitrose and John Lewis businesses. This is reflected in the new ad, which includes food products from Waitrose for the first time.

With the retail landscape changing so quickly, there no longer appears to be a guarantee of longevity for the type of retailers who produce this sort of marketing. The tide might be turning for the “traditional” Christmas television ad.

This year has also seen the start of fragmentation from the seasonal advertising norm, with Gap launching an online-only Christmas advert. This makes sense for them and is consistent with their key customer demographic of 25- to 35-year-olds.

It is debatable how many young people watch Christmas ads on traditional television, but a mixed online and offline marketing campaign will ensure that they can be included within the audience. According to Ofcom’s 2019 report into the nation’s media consumption habits, more than a million homes do not have a television set and only 24% of under-35s watch terrestrial TV.

Ultimately, while the John Lewis ad can be enjoyed by many and be an effective marketing tool, such cultural phenomena often have a shelf-life. Society changes. Things move on. Many people reading this are probably too young to remember the Nescafe Gold Blend ad series, which ran from 1987 to 1993, and was so successful that it led to a 50% increase in sales. Now 26 years on, the series has faded from popular consciousness. The jury is still out on whether in another 26 years time we will still be enjoying Edgar the dragon and his ilk then.