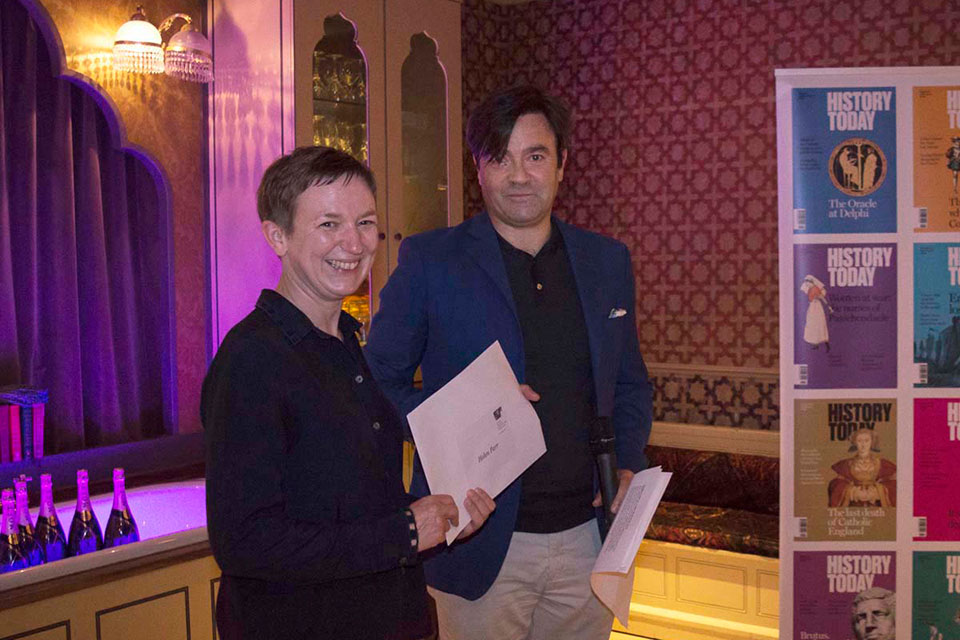 Keele’s Professor Helen Parr has received the prestigious 2019 Duke of Wellington Medal for Military History and also the Longman-History Today Book Prize 2019 for her book Our Boys: The Story of a Paratrooper.

The Duke of Wellington Medal, administered by the Royal United Services Institute (RUSI) rewards the best English language writing on military history, whilst the Longman-History Today Book Prize rewards an author’s first or second book that displays innovative research and interpretation whilst making the subject accessible to the general reader. Both sets of judges praised the originality of Helen’s book.

Our Boys has already won the Templer Medal for Army Historical Research, and has also received a nomination for the Orwell Prize for Political Writing (longlist).

Helen said: “I'm so delighted and honoured to be granted these awards, and really thrilled that my book has been well received by military and non-military audiences alike. Many people have been in touch to say how much the book struck a chord with them”.