Dinard: a very British film festival on the coast of France – so what happens after Brexit? 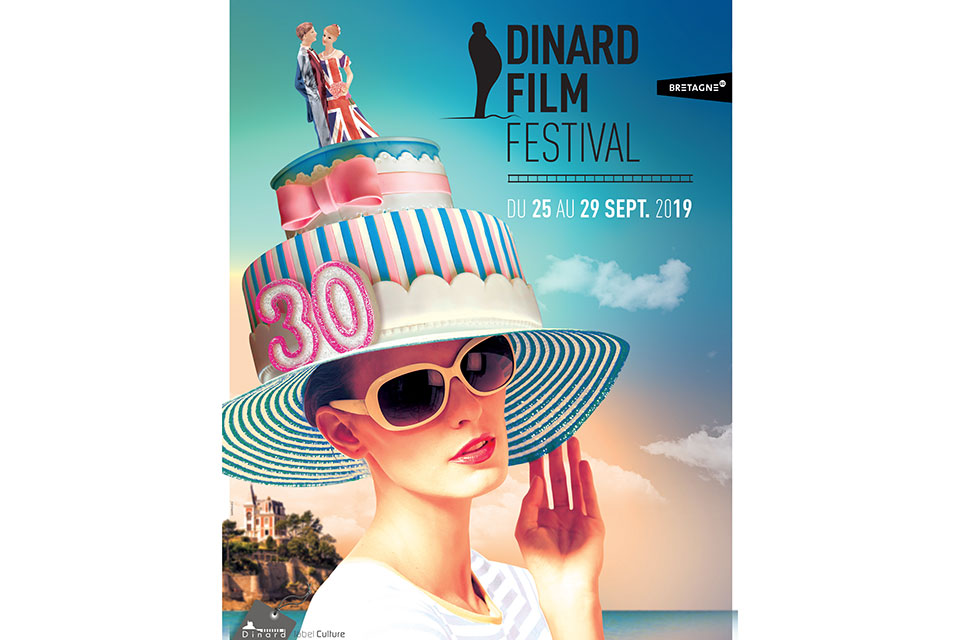 Poster for the 2019 Dinard Film Festival.

The French seaside town of Dinard, which sits on the Brittany coast in north-western France, is known as the “most British” of French resorts. Over the years it has attracted the likes of Winston Churchill, who liked to paint there, as well as Oscar Wilde, who wrote of the town in De Profundis, his prison lament. Lawrence of Arabia lived there as a child. But, for the past 30 years, the town has also hosted an annual film festival devoted exclusively to British movies.

The remit of the Dinard Film Festival is simple: to celebrate British cinema past and present – and to provide a shop window for new films.

Recently, these have tended to be independent British films rarely seen in their country of origin. Even the most critically lauded of recent Dinard winners, 2017’s God’s Own Country, took no more than a million pounds at the UK box-office – and many films arrive in Dinard with no distribution deal at all. Dinard has therefore become a unique space of British cultural visibility and exchange – even if you have to go to the French coast to find it.

As founder Thierry de la Fournière explained to me during 2018’s festival, the event was created to form a “cinematic bridge” between the British industry and French producers. But Dinard is also testament to the way many French film-goers value cinema as a cultural good, and are also more receptive to foreign films. And with Brexit looming, Dinard has taken on a new dimension: a symbol of solidarity across the imposition of political barriers.

As a commercial product, of course, film will be hit by any economic and logistical impacts of Brexit. Dinard’s artistic director, Hussam Hindi, explained to me that a no-deal Brexit could mean “total war” for British cinema. Leaving the EU, he suggested, may mean losing film finance support systems such as Creative Europe, and reduce mobility of key personnel. It could also mean forgoing EU distribution networks, which fund cinemas across EU countries to screen non-national EU films. This could entail a prohibitive tax on UK films and DVDs distributed throughout the continent.

This is bad news for what remains a significant British export. As a recent Council of Europe report highlights, the UK is, along with France, the main exporter of cinema across EU countries. This indicates the appeal of Britain’s films abroad, which are often more appreciated on the mainland than in the UK itself. Films by Ken Loach, for instance, such as I, Daniel Blake – which won the Palme D'Or at Cannes in 2016 – are shown on more screens, and seen by more people, in France or Italy than they are in the UK.

The irony here, in the contexts of Brexit, is that films such as I, Daniel Blake are actually co-productions with other EU countries. This isn’t just the case for “auteur” films. One of the most successful “British” movies of recent years, Paddington (2014), was produced by StudioCanal – a French company. British films benefit, economically as well as culturally, from cross-border collaboration.

If the UK left the EU, a 2017 report on Brexit’s impact predicted, British cinema would be likely to rely more on inward investment – meaning big money coming in from Hollywood studios. In fact, this is already the case. And, as the same report suggested, reliance on such investment leaves the British industry vulnerable to fluctuations in economic markets and dependent on a weaker currency value to attract investors. Not to mention almost wholly dependent on US producers.

Any benefits could also be offset by economic and cultural drawbacks, especially for independent productions. As noted above, most successful British movies are transnational. Biopics such as Darkest Hour (2017) or Mary Queen of Scots (2018) might be British cinema’s current coin of the realm – yet these are all transatlantic ventures (between Working Title and its US parent company Universal). British films without these kinds of deals – and without obvious networks for distribution – struggle for production funds and audiences. A no-deal Brexit would probably make this worse.

In this regard, Dinard is more than just a port in a storm. Most of the six films shown annually in competition have no distribution deal in either the UK or France. This is appealing to French companies who attend the festival to buy films, as well as to British producers using Dinard to push their films – both in Europe and back home. But the intimate, local and personal feel of many competition films also fulfils Dinard’s artistic agenda, valuing film as culture over commodity.

“We’re looking to make discoveries”, said Dinard’s head of programming, Fanny Popieul, in conversation at last year’s festival. “We can act as the springboard for these films.”

Last year’s winning film, Jellyfish, is a case in point. An unsettling yet affecting coming-of-age tale set in Margate, Jellyfish, as its young director James Gardner explained at a festival Q&A, was a challenge merely to complete. But after its win, the film secured distribution back in the UK.

Selecting films without distribution deals is not just important cultural work. As Hindi told me, it may also have Brexit-era benefits – since the festival doesn’t have to pay for films that have not yet acquired a legal status. There’s a piratical aspect, then, to this otherwise genteel bit of Brittany.

“We’re like cinematic smugglers”, concludes Popieul. However it might do it, the cultural and economic lease of life provided by Dinard, and its emphasis on cross-Channel cooperation, offers a persuasive and optimistic message in our otherwise isolated times.