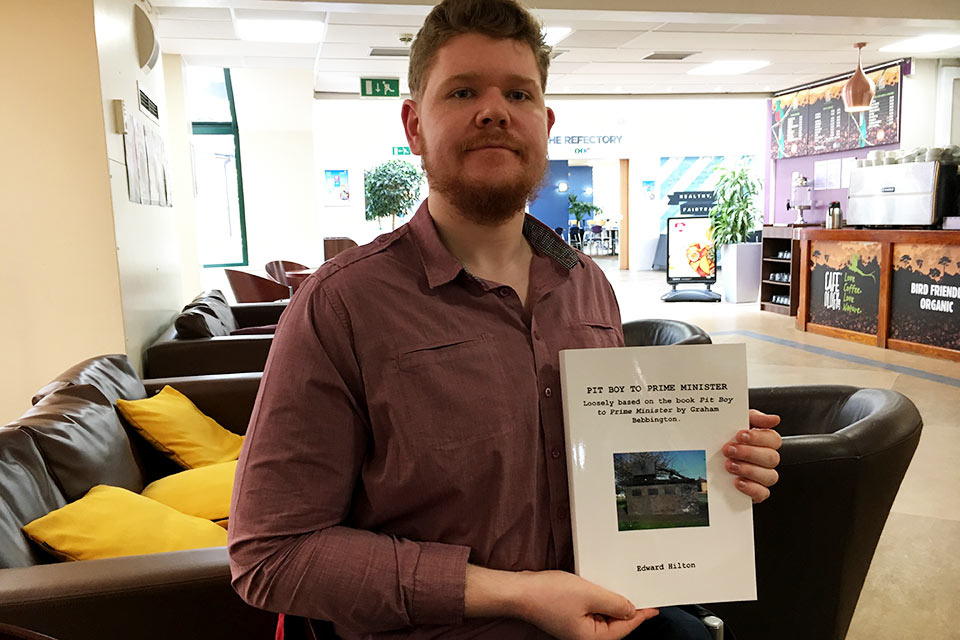 A Keele student is celebrating the publication of his new play about the Staffordshire coal miner who became the Prime Minister of Australia.

Ed Hilton, a student on Keele University’s MA Creative Writing course, has penned the story inspired by the life of local historical figure Joseph Cook, which he now hopes to see produced on the stage.

Ed’s play Pit Boy to Prime Minister has been published by North Staffordshire Press, a publisher based in Newcastle-under-Lyme, and is loosely based on the life of Cook, who was born in Silverdale and worked in the mines there in the 19th Century.

In 1885, Cook and his wife emigrated to Australia where he continued to work as a miner, before getting into politics in 1891 when he was elected to the New South Wales Legislative Assembly as a member of the Labor Party.

Cook showed an affinity for politics and eventually became Australia’s sixth Prime Minister between 1913 and 1914.

Ed, from Uttoxeter, who has also had his poems published, studied English at Staffordshire University before coming to Keele for his Masters.

Ed has spent the past three years working on the script and is hoping to get the play produced and performed on the stage now that it has been published.

Ed said: “I am just so excited that it is finally done and I do not have to worry about it. Now it is onto the next thing, which is getting it acted out.”

To celebrate the launch of the script, Ed is also planning to hold a book launch event at the New Vic Theatre in Newcastle-under-Lyme on 25 May.