Knickers the giant cow: why do some animals grow so big? 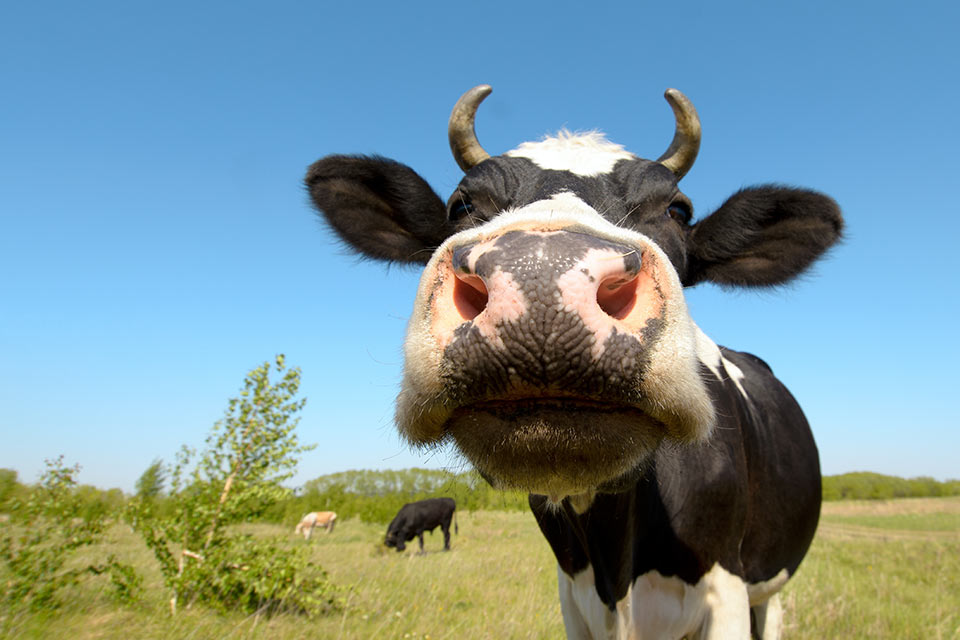 The latest internet sensation is a cow. Or more accurately a giant steer (a castrated male) by the name of Knickers. The nearly two metre-tall, 1,400kg Holstein Friesian has grown so much that he stands out like a sore thumb among his herd and has become a viral online celebrity. So why has this happened to Knickers – incidentally saving his life as his owners have decided to keep the unusual specimen back from the slaughter?

There are several reasons why animals can grow to much larger sizes than we consider normal. If it’s just a single specimen, the most likely cause of its gigantism is acromegaly, a condition in which the body produces an excess of growth hormone because of an abnormality in the pituitary gland.

This is often seen in people such as the world’s tallest man ever, Robert Wadlow who grew to 2.72 metres (8 feet 11.1 inches). Actor Richard Kiel, who played Jaws in the James Bond films, was another famous acromegaly sufferer. It’s likely that this is what has caused Knickers to grow so big.

In humans, untreated acromegaly is associated with heart problems, raised blood pressure, diabetes mellitus and diseases of the joints such as rheumatoid arthritis. The heart can become enlarged because of the strain of pushing blood round the oversized body and joints suffer because of the added weight of the long bones and larger organs. But spontaneous acromegaly is too rare in animals to know how it will affect Knickers, if indeed, acromegaly is what he has.

As well as unusual individuals, entire species of animals can also grow to become giants. These are scientifically known as megafaunae (which is just a posh way of saying “big animals”). One way this happens is through isolation. Animals that live on islands without predators (and so don’t gain a hiding advantage from being small) can evolve to grow much bigger than similar species on mainlands.

The Komodo dragon is often given as an example of this island giagantism, although some scientists think that it just belongs to an ancient group of large lizards. The island of Flores in Indonesia where these huge monitor lizards live is also home to a very large rodent, and historically had a giant tortoise as well as, at the other end of the scale, a dwarf elephant and a very small species of human Homo floresiensis.

The classic example of megafaunae are some of the dinosaurs. We still don’t fully understand the mechanism that caused dinosaurs such as brontosaurs (Apatosaurus) to grow so enormous. Recent work suggests that their slow use of energy, which reduced the need to get rid of excess heat, and a tiny head because they didn’t chew their food (so no need for heavy teeth), are among the features that allowed them to survive at this size.

Scientists sometimes try to find out what aspects of cellular physiology affect growth rates. One study has found that mice that have been genetically altered so that they don’t produce one of the chemical messengers of the cell, known as supressor of cytokine signalling-2 (SOCS-2), grow abnormally long bones and large organs. It seems unlikely, however, that this kind of mutation would arise spontaneously in a steer.

Humans can also have a hand in creating huge animals by breeding them. Draft horses such as Shires, Clydesdales and Percherons needed to be big to pull heavy loads, and so the largest animals were paired for mating until the species became as large as we know them today. A recent example was Moose the percheron stallion who stood 19 hands high (about as tall as Knickers).

Giant rabbits, Maine coon cats and Irish Wolfhounds are also surprisingly large breeds. But Knickers is one on his own. We have all seen King Kong and Godzilla, so we can only be thankful that Knickers is so tame and friendly.