This year marks the 20th anniversary of the cancellation of $120 billion of Third World debt as a result of the Jubilee 2000 campaign that was founded by former Keele University politics lecturer Dr Martin Dent.

The anniversary comes at a time when the G20 have announced a deal to suspend the debt payments of 77 of the world's poorest countries to help them fight the COVID-19 pandemic.

Jubilee 2000 was an international coalition movement that called for the abolition of Third World debt by the year 2000, and saw the clearance of approximately $120 billion of debt owed by over 35 of some of the world’s poorest countries. Dr Dent was one of the founders of the campaign, which was later discussed at the G8 summit and is now considered a major breakthrough in the history of the developing world.

It was at Keele that the idea for the campaign was born when in 1990, a group of Dr Dent’s students walked to the front of their lecture theatre to sign a petition started by their politics lecturer to call for the cancellation of the crippling debt. By the turn of the century, more than 20 million people from 155 countries had added their names to the Jubilee 2000 petition and campaigners estimate that $120 billion of debt was eventually written off, freeing many developing countries from financial paralysis. 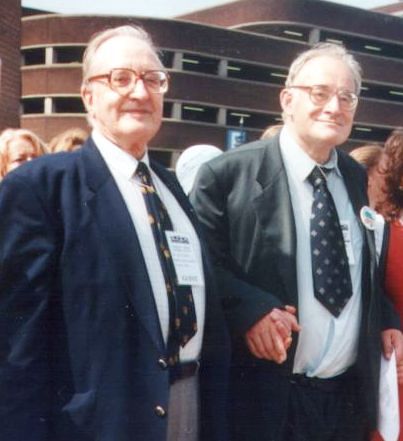 The cancellation of debts owed by developing countries enabled governments to reduce poverty levels and fund health and education programmes.

Dr Dent spent most of the 1990s promoting the aims of the Jubilee 2000 campaign, which inspired a mass movement and caught the attention of world leaders. Renowned economist Ann Pettifor worked on the campaign which was also supported by Archbishop Desmond Tutu, who was a patron, Bono, Muhammad Ali, Bob Geldof, and Gordon Brown.

Dr Dent was awarded an OBE in 2000, and the next year he and his co-founder Bill Peters shared the International Peace Award of the Gandhi Foundation.

"Martin was one of those very rare, extremely inspirational and visionary individuals. He is described by former students and colleagues as a well-loved lecturer, a great English eccentric, a campaigner for justice, a fantastic academic and a true philanthropist."