Neil Baldwin, a Keele University honorary graduate and well-loved campus figure, has been awarded his British Empire Medal for his invaluable contributions to the local community.

At a special ceremony held at Keele Hall this week, Neil, also known as Nello, was presented with the medal from Lord Lieutenant of Staffordshire Ian Dudson, and Vice-Lord Lieutenant Graham Stow read a citation about Neil’s service to the community.

Many of Neil’s family and friends attended the celebration including former footballer and manager Lou Macari, Producer and Director of Marvellous Peter Bowker, actor Derek Pearce and the Bishop of Stafford Geoffrey Annas.

Neil is a much-loved figure on the Keele campus and over the last 50 years has become an unofficial Keele mascot.

Neil said: “I am very happy to have received this award on this great occasion. It is a great
honour for the Baldwin household and I would like to express my thanks to the Queen and all the Royal Family for recognising me in such a way. I am really looking forward to attending the Garden Party at Buckingham Palace and celebrating my medal at my inauguration on this great day.”

Lord-Lieutenant Ian Dudson said: “I am delighted that Neil has been recognised in the last New Year honours list. His positive outlook, kindness and encouragement to all around him despite his disadvantages has enabled him to become a great role model for many people in similar situations. It is a fitting and ‘marvellous’ recognition.

“The British Empire Medal is now fully re-established as a significant part of our Honours system, often uniquely recognising voluntary contributions at a very local community level and within minority groups.” 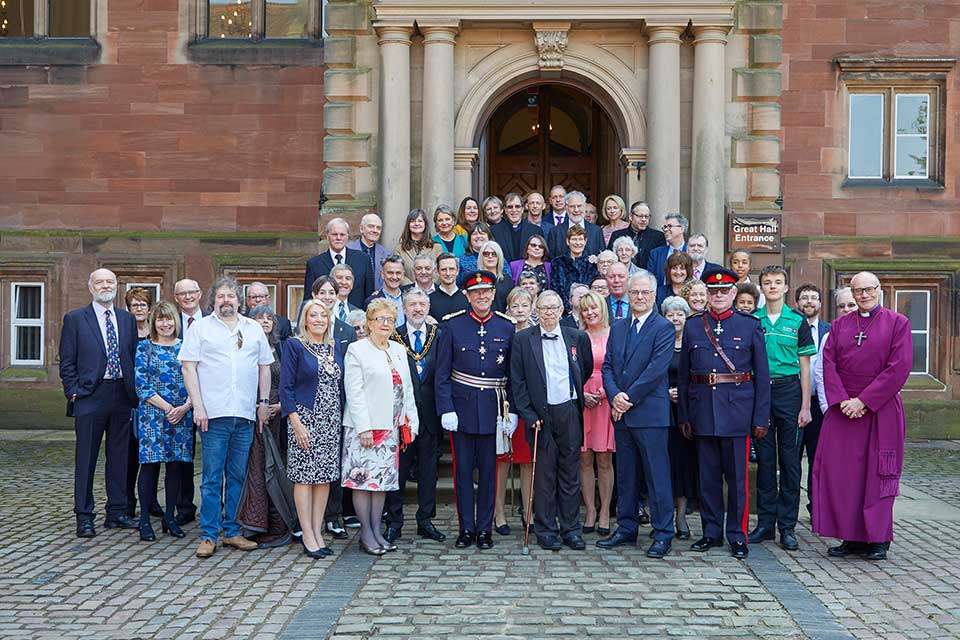