In 2006, Nature published a paper describing how stem cells could be used to restore sight in blind mice. This study, and similar subsequent studies, created a lot of excitement about the potential of stem cells to cure blindness in humans. Fast forward 12 years and we still don’t seem to be quite there – one notable human clinical trial in Japan was stopped in 2015 due to a risk of tumour development in a patient’s eye. So are we any closer to using stem cell therapies to treat blindness, or will we always be “ten years away”?

The retina is an important tissue at the back of the eye that senses light and sends visual information to the brain. Eye diseases such as glaucoma and macular degeneration are characterised by damage to retina cells, which can eventually lead to vision loss and blindness. Scientists hope to find a way to replace or preserve damaged retina cells in order to treat these eye diseases.

Stem cells might be useful for this because they can be triggered to turn into any type of cell. In 2010 scientists successfully guided stem cells into becoming retina cells in a laboratory. It is hoped that these cells could later be delivered into the diseased eye to replace or preserve damaged retina cells.

Although scientists have previously had success isolating and maintaining retina stem cells in the laboratory, there is still more work to do before these cells can be routinely delivered to patients for treatment. The first big challenge is figuring out how treatments can safely be delivered into the patient’s eye in the right location. The eye is such a small and fragile organ that injection needles and surgery may cause even greater damage to the eye.

Once a delivery method has been established, the next challenge is deciding how to get the stem cells to communicate with existing retina cells and function properly inside the eye. Getting this to happen is not easy and there are risks that the stem cells may not function correctly and could cause problems, such as inflammation and tumour development, inside the eye.

In addition to these hurdles, scientists also need to overcome the challenge of immune rejection. In the same way that the body might reject a new heart after transplant surgery, stem cells might also get rejected by the body. Stem cell therapies developed from a patient’s own cells have a reduced chance of immune rejection, though they may be more expensive and time consuming to develop. For stem cell therapies developed from donor cells, drugs such as immunosuppressants are likely to be needed. 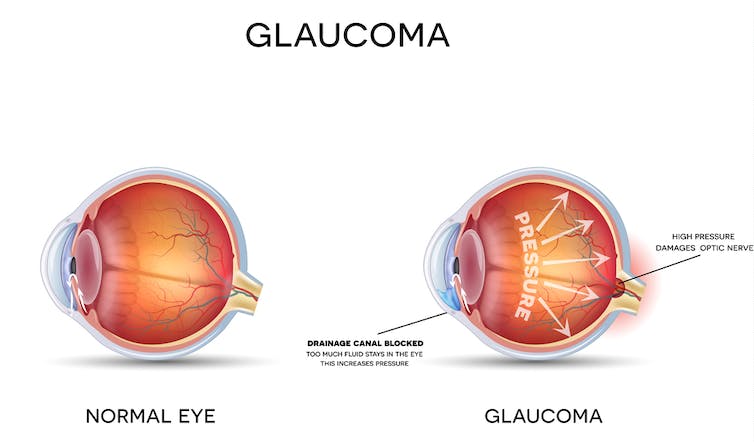 In order to overcome these challenges, one approach scientists are investigating is the use of biomaterials. Biomaterials are typically materials that have been modified to interact with biological systems. It is hoped that these materials could be used to improve the delivery of stem cell therapy, as well as the integration with existing cells once inside the eye.

An example of this is the use of biomaterial scaffolds. As the name suggests, these are scaffolding-like structures that cells can hold onto in order to improve their chances of growth and survival. Scientists have already successfully developed biomaterial scaffolds that closely resemble the environment of retina tissue.

Attaching the stem cells to these scaffolds before delivery into the eye may improve their chances of communicating with existing cells and functioning correctly once inside. This technique has been successful in studies with mice and some human clinical trials are already in progress.

Therefore despite the challenges, scientists continue to look for ways to treat debilitating eye diseases. The eye is an incredibly complex and fragile organ, which is why research in this area may take a bit longer than for other parts of the body.

There are still hurdles that need to be overcome, such as the delivery technique of stem cells, their integration with existing cells once inside the eye and the chance of immune rejection. However, ongoing research into the use of biomaterials to improve stem cell integration has had promising results and may overcome some of these initial challenges.

So with continued support of this field of research we can be hopeful that, if the latest clinical trials run successfully, a cure for blindness using stem cells could finally be possible within the next ten years.