Why we're hunting for treasure in old landfill sites Humans are generally getting better at dealing with their mess. In the UK, for instance, 45% of household waste is now recycled – yet that still means more than 12m tonnes are buried in the ground every year.

Burying that rubbish isn’t cheap, and neither is keeping it in the ground once there. Old landfill sites are covered with grass and turned into innocuous-looking hills filled with waste, and even they have to be monitored to make sure they aren’t contaminating the local environment. For instance, as material decomposes, greenhouse gases such as methane are given off. If there is not enough methane to make it economically viable to capture (and there usually isn’t) it often needs to be burned off to convert it to CO₂, a less potent greenhouse gas. There are also concerns that thousands of older sites, often built on flood plains or near the seashore, may be at risk from flooding or coastal erosion. 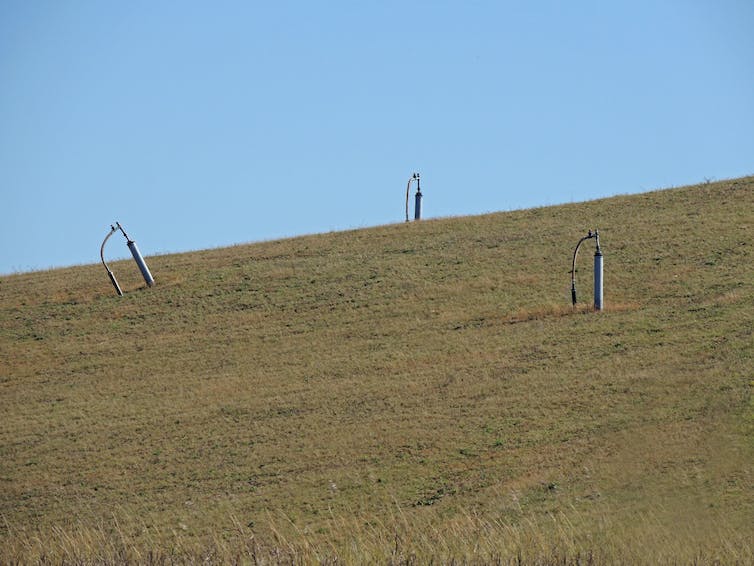 So what should be done about these old landfill sites? One answer may be to dig them up again.

Old landfills do have valuable waste, the most obvious being processed metals, glass and electronics. Indeed, junk electronic goods such as old TVs or computers typically have higher concentrations of gold and rare earth elements per tonne than are found naturally in ore. A 2014 United Nations University report stated that each year more than 300 tonnes of processed gold are dumped in landfills – that’s 10% of the total amount mined worldwide. Belgium, for example, is already mining its old landfills, by extracting waste and filtering for metals and recyclable material. 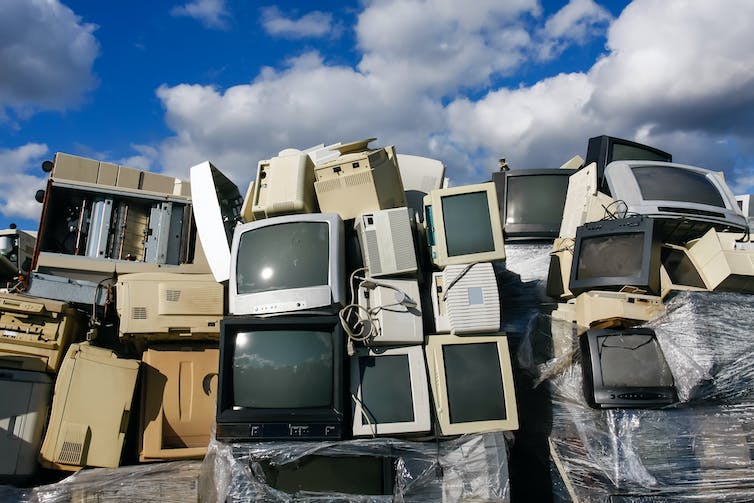 Digging up old landfills could well have a much lower environmental impact than mining in fresh rocks. For example, toxic chemicals like mercury and cyanide are used to find and isolate gold in regular mines. Recovery of materials from landfill could offer a much cleaner solution to feed our need for smart technology, energy storage and electric vehicles.

Digging into the past

To demonstrate what all this would involve in practice, we took part in a BBC Four documentary that chronicled the history of rubbish and explored what we have thrown away and how this has changed over time.

Part of this work looked at a municipal landfill in England’s Midlands that closed in the 1980s - it’s now a big grassy knoll - we can tell its age when we dug into it and found dated newspapers. The site has a methane flare burning 24 hours a day which requires periodic maintenance, and the local council will have to keep monitoring things for the foreseeable future. 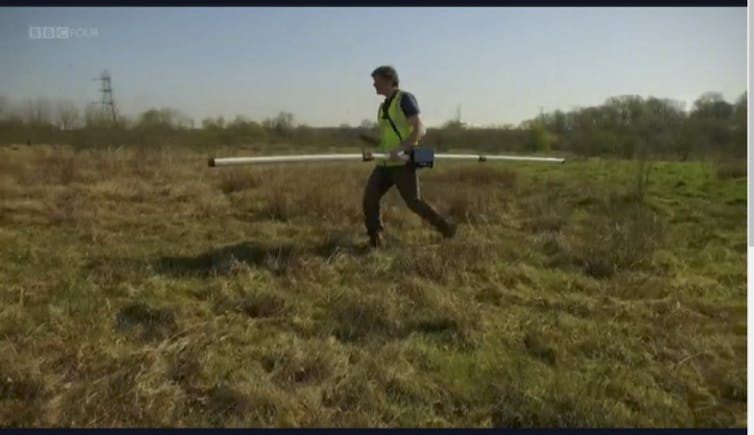 To locate potentially recoverable and valuable metals, we surveyed a section of the landfill using near-surface geophysics, looking for “hot spots” of high conductivity/magnetism which will be where concentrations of discarded metal will be buried. Once we had found where to look we dug down five metres. We found large amounts of processed metals, recyclable glass, discarded household artefacts, yellow pages, much of which we recycle now, as well as black plastic bin bags.

Interestingly we only found a few electronic items. This is in contrast to today’s landfills, which are full of mobile phones and gadgets and largely avoidable e-waste. 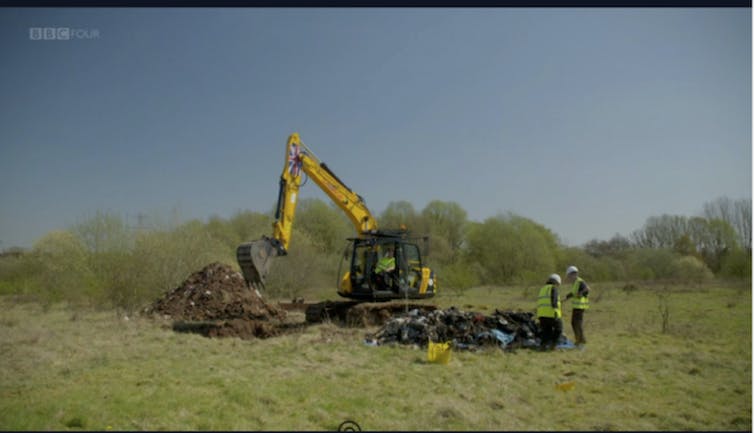 Metallic and glass landfill materials found after digging the geophysical anomalies. BBC Four: The Secret Life Of A Landfill

Clearly existing old landfills could be, quite literally, untapped gold mines. With growing demand, coupled with scarcity of materials, including rare earth elements, these may be a valuable future national resource for much more than just metal. Waste companies have even recently suggested designing new landfills to capture energy from them and to deal with problematic waste streams such as plastics that can’t be recycled. For instance, heat from decomposing rubbish or burning waste could be trapped and turned into geothermal power, providing a “rubbish solution” to our energy problems too.