Comment | Ventilators: why it is so hard to produce what's needed to tackle coronavirus 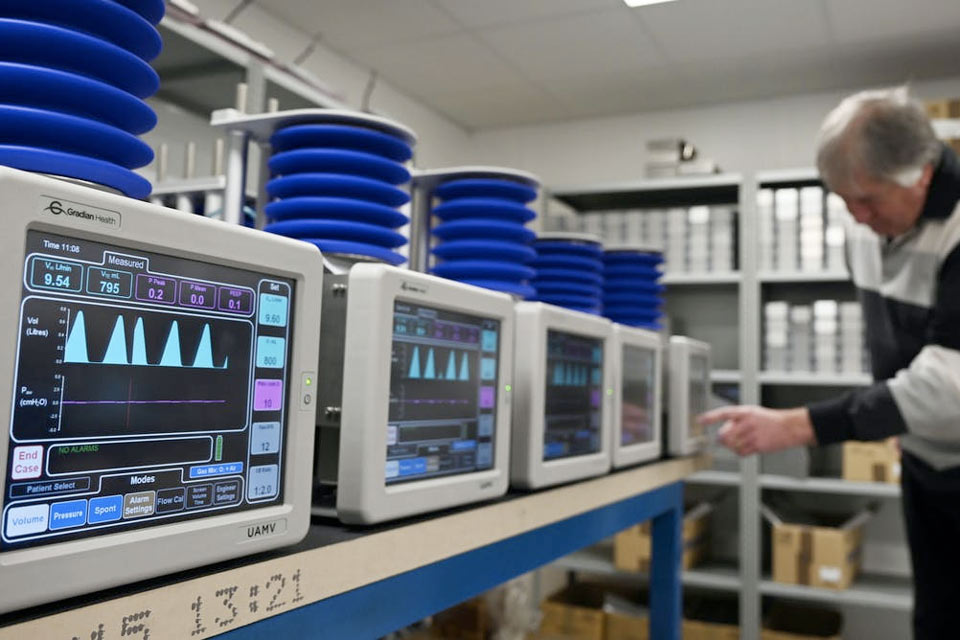 Manufacturers are stepping up to meet the severe shortage of ventilators prompted by the current coronavirus pandemic – and not just companies in the medical industry. Numerous firms from the aerospace and defence sectors, and even Formula One, have offered their services.

In the UK, domestic appliance maker Dyson, defence contractor Babcock and the Ventilator Challenge UK consortium (including leading firms such as Airbus and Ford) have all received orders to make thousands of new ventilators to meet the government’s target of an extra 30,000. Rather than simply helping scale up production of existing products, these firms are working with designs that have never before been used or tested in real settings.

While all efforts are welcome, there are likely to be some major challenges for manufacturers trying to enter the medical devices sector for the first time. Journalists reported with amazement that the first batch of devices from the Ventilator Challenge UK consortium would include just 30 units. But there are some good reasons why novel ventilators can’t simply be turned out in large amounts with just days’ notice.

Firstly, not just anyone can make a medical device. Manufacturers have to be registered with the relevant regulator. In the UK, that’s the Medicines and Healthcare products Regulatory Agency (MHRA). Higher classifications of devices have more stringent regulations and are also regulated by other specific “notified bodies”. Similar regimes apply in the EU, USA and other established healthcare markets.

Across Europe, ventilators fall into class IIb, the second highest regulatory classification. As such, manufacturing them is not as simple as just making a machine that works in a laboratory. The ongoing production of these devices has to adhere to strict rules. In this time of crisis, some rules have been relaxed. But any new ventilators still have to meet strict specifications and pass hard test protocols.

Medical device companies usually take a long time to get going. They need to build their manufacturing knowledge and supply chains to ensure their products are safe and packaged in a sterile way. They need to understand things like biocompatibility (how materials interact with the body) and materials made from animal byproducts (in order to minimise risk of transmissible diseases such as CJD). These companies also need to develop the necessary skills in specific risk management and quality procedures.

So starting from scratch is not an easy thing to do. The simplest approach to increase ventilator numbers is for a government to contact existing ventilator manufacturers and understand what’s needed to increase production rates. For example, there may be issues with the supply of materials, a need for new machine tools or a lack of funding needed to order thousands more components.

These companies already have the respective approvals and quality procedures in place. Efforts should be made to determine the bottlenecks that inhibit increased production, and then find the solutions. An existing provider, with a working device and functioning procedures, does not need to support a learning curve and is the best first point of call.

But instead of being disappointed that Ventilator Challenge UK only produced 30 machines in its first batch, we should be rather impressed that they have made any so quickly. This is, in no small part, due to medical device companies such as Smiths Group and Penlon donating their ventilator expertise. The first batch is relatively small but it’s most likely to enable trials to demonstrate the machine’s safe operation.

Another example is that of the UCL/Mercedes group, which reverse engineered an existing product design and moved to rapid production. The same sort of post-production trials apply. The simple reason for such trials is that any significant change to the software, design, or production of an existing device requires a new regulatory sign off, for which trials may be demanded. Even in times of crisis we cannot risk anyone’s life just for the sake of speed – someone will be liable in the event of death or injury.

Why not ramp up existing production?

So why modify an existing device to meet production demands instead of ramping up current production? In some cases the two are linked: some of the manufacturers in the Ventilator Challenge are using additive manufacturing (often referred to as “3D printing”) as a solution. This, in itself, is a major design change and has to be formally signed off, not least because additive manufacturing is a highly complicated set of techniques – you can’t just put any design into a 3D printer and press go.

New techniques then are bringing different skills and companies into play which are being married with traditional medical devices know how.

If, however, the manufacturer or any of its supply chain is not within the country there is little a government can do to help. In the UK’s case, successive governments since the 1970s have overseen a relative decline in manufacturing, including in the medical devices sector, its associated supply chain and skills base. As a consequence, the UK is more reliant on overseas subcontractors.

This pandemic has highlighted the failings of this strategy. If a country doesn’t have the capabilities to build its own equipment then it is exposed in a global crisis. Perhaps this outbreak will wake up countries to the notion that certain things have to be essential items in a country’s economic portfolio. The coronavirus has reminded us that food, medicines and medical devices and their respective supply chains are most certainly essential items.