At TEN:15, we have worship which is lively, reflective, and inclusive, fusing elements from different Christian traditions, centred on the bible and communion. Students, staff, and others who live locally all worship with us, including some children for whom we run special sessions on some Sundays.

Worship at TEN:15 is sponsored by Anglican, Methodist, Baptist, and United Reformed churches, but it is deliberately open to all, and is led by Revd. James Pritchard (Free Church Chaplain) and Stephanie Couvela (Anglican Chaplain), and also by members of the community.

There are loads of opportunities to get involved with TEN:15, with music, technical stuff, or other aspects of worship. To find out more, speak to the Chaplains.

TEN:15 continues throughout the year, out of term-time we meet in the East Chapel and have a more traditional style of service. If you are around during vacations do come and join us. 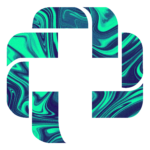 Roman Catholic Mass is celebrated each week by the Catholic Priest Chaplain according to the modern rite. Non-catholic students and staff are also welcome to attend. If you are interested in getting involved as an Altar Server, reader or musician, just ask.

The Catholic Music group contributes in an important way to our Liturgy. If you play an instrument or just like to sing, then try catching Peter de Cruz after the Mass on Sunday and introduce yourself (or just come along at rehearsal time – 12.10 on Sunday, before Mass). Peter can usually be identified as the man playing the piano with a big smile, and sometimes a stylish hat.

During the vacations, Sunday Mass is usually said in the East Chapel. Coffee, Tea and Biscuits are served after the service. 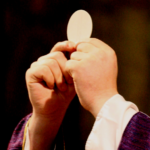 The Late Service is a student-run service with an informal lively style and a wide variety of preachers.  Christians from all backgrounds share in the leading and organisation. It includes time for prayer, usually featuring a creative prayer activity, and plenty of music, both modern and traditional. There are plenty of opportunities to be involved, socialise, and get to know other students. (Term-time only).  Find us on Facebook.