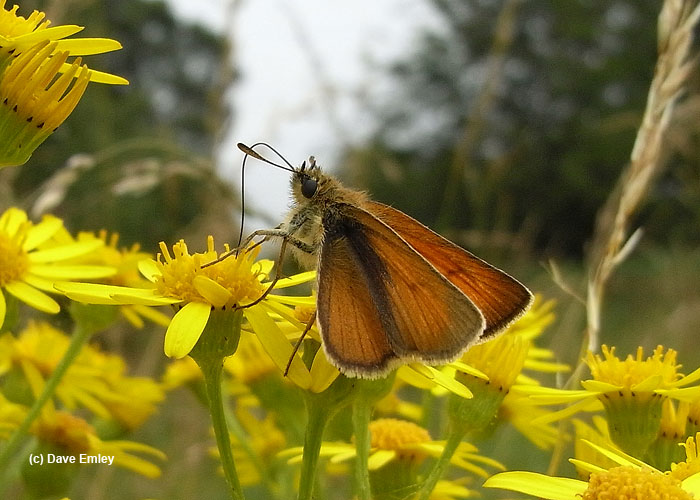 This is a butterfly success story for, before the 1980s, you would not have found this species in North Staffordshire. Today it is one of the commonest butterflies in the autumn!

It can be confused with the Large Skipper but is smaller and much less marked on the wing. Like the latter species, the male has a line of black scenting scales in the centre of the wing.

A recent colonist to the county - the Essex Skipper - is almost identical and has recently been found at Keele. That species has black tips to the antennae (as if dipped in ink) while those of Small Skipper are golden.

It can be found in open, grassy areas where the larvae feed on various grasses. Lower Clock House Drive is a good place to look.